The human imprint on plant phenology

Urban areas are typically warmer than the surrounding countryside. It has thus been suggested that these may serve as field laboratories for investigating the effects of a warming climate on biota. Studying plant phenology along gradients in urbanization we show that such an approach is flawed.

During the summer term we teach a graduate course on Biometeorology, which, following an introductory lecture, includes a practical part with field work. Since a few years, we use the city of Innsbruck as an outdoor laboratory to that end. This is very convenient, but more importantly allows addressing a number of interesting biometeorological questions related to interactions between the urban climate and the so-called urban canopy, that is the mix of man-made and biological surfaces. A recurring topic in this course is the urban heat island, a term coined to describe the common observation that urban areas are warmer than the rural areas surrounding these. A few years ago a group of students set out to investigate whether they could use plant phenology as a surrogate for the urban heat island effect. Phenology is the study of annually recurring biological life cycle events, such as the emergence of flowers, the arrival of migratory birds or even agricultural events, such as harvesting dates. Among the many factors which affect plant phenology, temperature is often a key cue and the students were accordingly assuming that because of the urban heat island effect plant flowering would occur earlier inside the city compared to the surrounding rural area. To that end the students observed plant phenology along transects from the center to the outskirts of the city and indeed found a clear delay in flower development with increasing distance from the city center.

Motivated by the students’ success, we dug deeper into the topic and found that most studies looking into this question were based on remote sensing approaches, which are unable to resolve the details of plant phenology. The few studies that used in situ phenological observations were limited in geographical extent, the number of investigated plant species and/or confined to a few selected phenological phases and often used a paired approach (comparing an urban with a rural site) rather than investigating the full continuum from (near-)natural to fully urban. In the paper published in Nature Ecology & Evolution we thus used two pan-European (big) data sets of plant phenology and air temperature in combination with three different metrics of urbanization to study how temperature and plant phenology change with varying degrees of urbanization.

Our findings confirm previous, and notably our students’, work in that phenology changes with the degree of urbanization in a pattern that matches the changes in temperature, that is spring phenological phases such as leaf unfolding and flowering advance, while autumnal leaf senescence is delayed with increasing urbanization. The major finding of our study, however, is that the temperature sensitivity of plant phenology, i.e. changes in phenological entry dates per degree change in temperature, is significantly lower when observed along gradients in urbanization, compared to when the temperature sensitivity is inferred from changes in phenology and temperature over time. The most likely explanation for this observation is the presence of confounding factors affecting plant phenology along with the degree of urbanization. This finding cautions against the proposed use of urbanization gradients as field laboratories for investigating the response of biota to a warmer future climate. 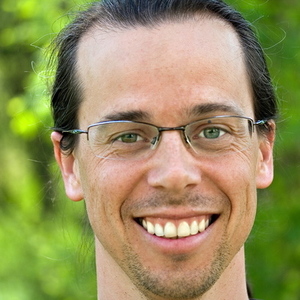