A study of the neurogenomic dynamics of fatherhood in sticklebacks chips away at two types of bias: “anthropo-arrogance” and sexism

My lab started this project as part of a collaboration with a team of top-notch colleagues at the University of Illinois. Funded by a grant from the Simons Foundation, our task was to trace the molecular roots of the social brain by measuring brain transcriptomic responses to social challenges and opportunities in diverse species (honey bee, stickleback fish and mouse1,2). My lab spearheads the stickleback portion of the project. Sticklebacks hold a special place in this trio of subjects, serving an important role as a bridge between insects and mammals, and sticklebacks are of course really great subjects to study for many other reasons (ethological history, model for speciation, adaptation genomics, etc).

In sticklebacks, fathers are the sole providers of parental care, and over the past several years students and postdocs in my lab have been finding all sorts of interesting things about paternal care in sticklebacks, including that individual males differ in how they behave as parents3, paternal care influences offspring behavior4,5, variation in paternal behavior is heritable6, paternal care may have facilitated the adaptive radiation of sticklebacks7, and when we started this project we had just recently discovered that there are tremendous changes in brain activity as a male stickleback becomes a father8.

Sometimes when you start a project you get a feeling that it might turn out to be really interesting but you’re not quite sure where it will go, and sometimes genomic projects go in so many directions that you can’t make heads or tails out of what’s really going on. In the case of this project, Abbas Bukhari (first author of the paper and a recent Dad) and I knew early on that we were getting a lot of traction from the analysis of the neurogenomic dynamics of fathering, i.e. by comparing brain gene expression profiles of males with nests, males with eggs in their nests, and males that were caring for free-swimming offspring.

At the very beginning of the project we articulated several nonmutually exclusive hypotheses about how we might expect neurogenomic state to change across stages of care. According to one hypothesis, there are very different genes associated with different stages of care because the stages are so different from each other. For example, males that are caring for eggs in their nest behave very differently compared to males that are caring for free swimming offspring, therefore we might expect there to be very different gene expression profiles associated with these strong behavioral differences. In contrast, another hypothesis predicts that whenever a male enters a new stage of care, new genes are added to his previously-defined neurogenomic state. Finally, another hypothesis is that genes that are associated with certain aspects of care that carryover across stages, e.g. the presence of a nest, remain a part of a male’s neurogenomic state for so long as that aspect of care persists. Spoiler alert: using highly stringent statistical criteria, in the paper we provide evidence for all three hypotheses! We think this framework could be useful for conceptualizing the neurogenomic dynamics of many other types of life events that comprise a series of distinct stages.

We also knew that the dataset offered an opportunity to address a long-standing issue in the behavioral ecology literature about tradeoffs between territorial aggression and parental care. By building a gene regulatory network, Abbas found evidence that transcription factors and their targets are regulated in opposite directions after a male has a fight compared to while he is caring for his offspring.

The project took an unexpected turn when Abbas got the clever idea to compare our results to a published transcriptomic dataset on mothering mouse, and we found ourselves thinking more about the possibility that the project was bringing data directly to bear on two biases that don’t always get a lot of attention: anthropo-arrogance and sexism. By anthropo-arrogance, I mean the particular stance that’s always on the lookout for the ways that humans are unique (and better than our nonhuman relatives). And by sexism, I have in mind not discrimination against female scientists (clearly still a problem9), but instead our expectations about the behavior of male versus female animals. At this point you are probably asking yourself: how could a study of parental care in a fish possibly have anything to say about such big, lofty issues? Let me explain.

As humans, we have great appreciation for the importance of parental care. There is a multibillion dollar industry devoted to helping people figure out how to be better parents. We like to think that what we do as parents has enormous consequences for our kids, and ask any parent – myself included –  and you are pretty much guaranteed to hear that choices having to do with their children can be agonizing to make.

As humans, we also have a great appreciation for the transformative experience of becoming a parent, especially for mothers.  Hormonally-induced mood swings, cravings, discomfort are all too familiar, and socially expected. As mammals, it’s easy to see how biology has a really important role to play here – we all know about the dramatic hormonal changes associated with cycles of fertility, pregnancy, childbirth and lactation. The rich literature on maternal care in mammals is filled with awe for the biological transformation that mothers experience as they go from self-centeredness to selfless ardor for their children, and some authors have gone so far as to consider motherhood to be “the culmination of mammalian evolution”10, and even potentially at the root of morality11.

So this is where paternal care in a fish gets interesting. It turns out that mammals are not the only creatures on this planet who go to great lengths to care for their offspring. For example, sea anemones incubate developing embryos in their body cavity, scorpions carry their offspring piggy back style, cichlid fish retrieve offspring that stray too far from home, and of course birds work hard to stuff food into their begging nestlings’ mouths. Don’t get me wrong: parental care is actually very rare, but its widespread distribution across the animal tree of life suggests that the capacity to care for others has been around for a long time, and has been independently gained and lost on multiple occasions12.

Whether parental care in mammals – at its root – is really comparable to parental care in these other critters is another question, right? Well, this suggestion is not entirely outrageous, because many of the same canonical hormones associated with pregnancy, birth and lactation in mammals also serve reproductive functions in other vertebrates13. My favorite example is prolactin. Prolactin was named for its role in promoting lactation in mammals, but prolactin also promotes regurgitation of so-called crop-milk in pigeons14, and helps fathering fish to incubate their eggs15. In other words, prolactin was serving functions related to child care long before mammals evolved!

In Abbas’ recent paper16, we show that it’s not just a few reproductive hormones associated with parental care that are deeply conserved, but that elements of the entire neurogenomic state – that is, the genes that are expressed in the brain – are the same in a fathering fish and in a mothering mammal. Specifically, many of the same genes whose expression carries over through stages of pregnancy, birth and lactation in a mothering mouse also carryover in expression as a male stickleback goes from building a nest, incubating eggs in his nest and caring for his newly-hatched fry.

There are at least two points of interest about this finding. First, it adds to the growing body of evidence that is slowly eroding away the notion that certain traits (such as selfless mothering) are really all that unique to humans or other “higher” animals. If the neurogenomic profile of a parenting fish resembles the neurogenomic profile of a parenting mammal, then maybe 1) these “special” human/mammalian traits might not be so highly derived after all and/or 2) nonhuman animals (fish) might be a little more sophisticated than we often give them credit for. In other words, these results chip away at bias #1, anthropo-arrogance.

Second, the finding provides support for the tantalizing possibility that the same molecular machinery gets activated regardless of who is doing the care-giving – mother, father, or even a nonrelative. This suggestion, too, is not entirely outrageous in light of the fact that mammalian fathers experience changes in canonical “mothering” hormones such as oxytocin as he and his partner go through pregnancy, childbirth and the postpartum period together17,18. Because biparental care is rare among mammals, and there are no exclusively paternal mammalian species, the prevailing perspective in the mammalian literature is that fathering is derivative of mothering19. However, if it is true that parental care evolved long ago and runs deep in our evolutionary history (see above), and since paternal care is the more common mode of care in the first vertebrates (fishes20), then the ancestral condition might actually be one in which fathers are the primary care-givers; maternal care is derivative of paternal care and not vice versa. Instead of being the “culmination” of mammalian evolution, mammalian mothers may, in fact, be tapping into “their inner (paternal) fish”21 during care-giving. Hence a blow to bias #2 (sexism).

Moving forward, these findings set the stage for examining the evolution of care-giving behavior with a new perspective. If the same neurogenomic state is triggered in mothers and fathers in all sorts of creatures, then the neurogenomic tools for caregiving might lie latent in the genome, just waiting for the right selective circumstances to trigger them, irrespective of sex or species. This tantalizing possibility encourages us to be open to the possibility that regardless of who is doing the caregiving – mother, father, insect, bird, person, for example – the caregiver might be relying on the same deeply conserved toolkit.

*Credit to Abbas Bukhari for the phrase 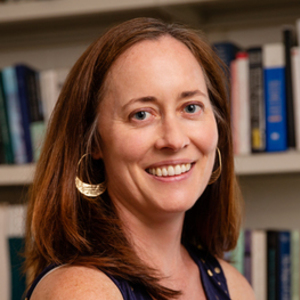 Fascinating paper, and I'm so glad to see you taking on Anthropo-Arrogance! We need to stop being afraid of seeing ourselves as biological beings, plain members and citizens of the panoply of Life on Earth, for which even neurological functioning is "deeply conserved. Moreover, if we are to preserve the biodiversity that remains--as well as our own species--this kind of self-awareness may be crucial.