How many mammals are killed by cats in Australia, and why do we need to know?

The domestic cat, beloved companion to many of us, can be a voracious killer of wildlife. Cats have been a major contributor to a quarter of all extinctions of birds, mammals and reptiles since 1600. The impact of cats on the Australian fauna, especially mammals, has been particularly severe.

Australia has experienced a catastrophic loss of diversity of small mammals since the British invasion of the continent in the late 18th Century. More than 10% of Australia's endemic mammals are now extinct, and many more have contracted to a fraction of their former geographic range. The most significant declines occurred in central and, to a lesser extent, southern Australia before the mid-20th Century. It is truly remarkable that despite many decades of research there is still so much uncertainty about the causes of such severe declines of a such a large proportion of the continent's mammal fauna.

As an Australian growing up with a love of nature, the knowledge of the loss of so many of our mammal species so recently, within my grandparents' lifetimes, was a source of great sadness. When I moved to Darwin in northern Australia to undertake a PhD in ecology in the early 2000s, this sense of loss was compounded by the realisation that the decline of small mammals was not a thing of the past, but an ongoing process. On the one hand, I marvelled at a vast, beautiful and biodiverse region, little impacted by large-scale agriculture. Yet at the same time, ecologists were beginning to raise the alarm that northern Australia, for many years believed to be a stronghold for mammals, was now experiencing rapid rates of mammal decline. Many northern Australian species, common only one or two decades ago, were now rare.

Australian ecologists are now realising that the primary driver of Australia's mammal declines is feral predators: the cat (Felis catus) and the red fox (Vulpes vulpes). Both are present in central and southern Australia, and only the cat is present in the far north. Both are voracious predators of small mammals.

Our recent paper in Biological Conservation, which estimates the number of mammals killed by cats in Australia, is one of a series of papers describing the impact of cats on Australian wildlife. This work is being undertaken as part of a project within the Threatened Species Recovery Hub, a collaboration between a number of research institutions, supported by funding through the Australian Government’s National Environmental Science Program. The project, led by Prof. Sarah Legge Prof. John Woinarski, has shown that Australia's 6.7 million cats (3.9 million pet cats, plus 2.8 million unowned cats) kill a huge number of native mammals each year in Australia: around 460 million. The figures for other groups of wildlife are similarly staggering: 380 million birds and 650 million reptiles.

The main motivation for these papers has been to highlight the magnitude of the impact of cats on our wildlife. To win the war against feral cats we need to build strong support in the wider Australian community. Without such support we won't see the necessary levels of investment in both research and on-ground conservation actions required from Australian governments, at state and national levels. We desperately need research to develop new tools for fighting these invasive killers. 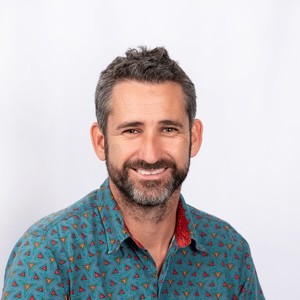 Brett's research focuses on understanding how fire has shaped and maintains the biota of tropical savanna landscapes, and how contemporary fire regimes can best be managed for biodiversity conservation, especially in relation to declining small mammals and fire-sensitive vegetation communities.
Follow

Thomas Madsen
over 1 year ago

I fully agree!  but it will be very hard to do it!  I have been studying the fauna on Adelaide River floodplain since 1989 focusing on water pythons and their main prey dusky rats and grassland melomys.  The floods in 2007, 2011, and 2018 has virtually wiped out the rodents causing a major decline in water python numbers and demography! if you want to read about it see:

The reduction in rodent numbers has significantly reduced my sightings of feral cats!