The 5th International Volvox Conference brought together international scientists working on volvocine algae together at the University of Tokyo to expand and strengthen the Volvocales research community.

The Volvocales are an order of flagellated green algae, varying in size from one cell (Chlamydomonas) to >500 cells (Volvox), representing an interesting model for studying the evolution of multicellularity and cell differentiation.

The Volvox meeting takes place every two years, each year growing larger and larger. This year’s attendees – 67 altogether – came from Japan, Thailand, the US, the UK, and Canada, and ranged in career stage from high school students to established researchers.

The volvocines are enigmatic little creatures. So little is known about their evolution and ecology that every new discovery is a breakthrough in the field. For example, Wuttipong Mahakham (Khon Kaen University) noted that taxonomic and systematic studies of volvocine algae are almost completely missing in Thailand, which necessitated the establishment of methods for culturing and DNA barcoding for rapid identification. Transformation methods are still being developed – a new nuclear transformation method for Volvox was presented in a poster by Keron Kinara-Williams (Nishii lab, Nara Women’s University). The CRISPR/Cas9 mutagenesis method for Volvox was just reported in January by Stephen Miller’s lab (University of Maryland, Baltimore County).

The life cycle of different volvocines has been difficult to study. Ryo Matsuzaki (University of Tsukuba) discussed the challenges in studying sexual reproduction of the snow alga Chloromonas. There are fewer than 100 cultured strains of members of this genus. Zygotes have recently been recovered from the field, but cannot be germinated under controlled laboratory conditions. Matsuzaki showed the conditions under which he and his co-authors were able to study the sexual reproduction of C. fukushimae in culture, although the meiosis stage of the sexual cycle is still missing.

Stephanie Hoehn (University of Cambridge) and Shota Yamashita (University of Tokyo) discussed the biophysical and molecular basis of multicellularity complexity. Stephanie Hoehn discussed the elastic properties of the cell membrane during the embryonic inversion process in Volvox (you can check out some very cool videos about this here). Meanwhile, Astrephomene gubernaculifera protoplasts rotate following cell division, forming a spherical shape without needing inversion. Of course, the molecular mechanism for this rotation is not known, due to a lack of genomic information and transformation methods for this species, which Shota Yamashita & co are working on remedying.

The genetics of multicellularity in the volvocines is another area of active research. Bradley Olson (Kanas State University) has found that the five major species in this group share 74% of their protein families, and so multicellularity has evolved without major genomic innovations. Interestingly, the magnitude of gene losses is larger than that of gene gains, with huge losses of transcription factors, protein kinases, histones, and extracellular matrix-related genes. This gene loss seems to be combined with co-option of existing genes and differential gene expression. Ultimately, Chlamydomonas has the genetic toolbox to become Volvox!

I am so thrilled to have had the chance to attend the 5th International Volvox Conference (and not just for the sushi)! With the pace at which the field is advancing, it will be exciting to see how much more we know about the volvocine algae at the next meeting, being held in Baltimore in 2021. 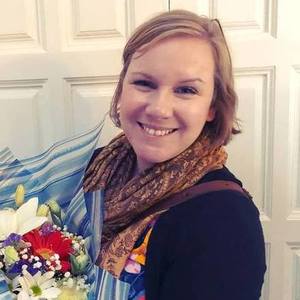 I'm the Chief Editor of Nature Reviews Methods Primers, where I handle papers related to biomethods. Before joining NRMP, I was an editor with Genome Biology and Communications Biology. I got my PhD from Carleton University in Canada, with a research background in plant biochemistry, plant genetics and biotechnology, and soil microbiology. I am based in the London office.
Follow