Menu
A community from Nature Ecology and Evolution
Contributor Nature
Behind the paper, World Soil Day 2019

Nematodes uncovered: the most abundant animals on the planet

For each human, there are 60 billion nematodes living in the soil

Honestly, when I started working on this project about two year ago, I was terrified. Trained as a molecular biologist and specializing in cellular signaling, soil ecology was a field I never even considered getting into. Joining the Crowther Lab at ETH Zürich somehow changed that. Offered the chance to work on an enormous dataset that was waiting to be analyzed, I dived into a whole new topic: soil nematodes.

Soil organisms, including bacteria, fungi, protists and animals, are crucial in the terrestrial biosphere. They play central roles in every aspect of global biogeochemistry, influencing the fertility of soils and the exchange of CO2 and other gasses with the atmosphere. By far the most abundant soil animals are nematodes, accounting for about four fifths of all animals on Earth. Just one single gram of soil can house up to several hundreds of these tiny worms. Because of their central roles in the soil food web, nematodes are excellent indicators of soil health and functioning.

Given their importance in soils, understanding global distribution patterns of nematodes is crucial for climate modelling and, ultimately, environmental decision making and effective restoration projects.  We set up a global network of 70 soil ecologists from 58 different universities and institutes, each providing their local data on soil nematode abundance. This resulted in a dataset that was larger than assembled ever before, containing 6,759 unique samples from all continents.

We used machine learning algorithms to pair this dataset with 73 layers of global environmental information layers, including soil, vegetation, and climatic characteristics. The resulting model teaches us that soil nematodes are present in astronomical numbers. There are 4.4 x 1020 nematodes present in the Earth’s topsoil, or in other words: for every human on the planet, there are 60 billion nematodes. Summed, their weight equals to approximately four-fifths of the total human biomass. We were surprised to find that by far most soil nematodes are present in cold regions such as the tundra and boreal forests in Alaska, Siberia and Scandinavia, and their numbers are much lower in tropical regions. One explanation is that soil characteristics, such as soil organic carbon content, are key in regulating soil nematode abundances. Associated with the paper we have an interactive version of the map. The full paper is found here, and all code and data that were used to produce the results and figures can be found here.

Altogether, we think that the results of this study fundamentally change our understanding of life on land. Finding the highest soil nematode abundances in boreal regions, and not in the tropics, is the opposite of what many would have expected. It also underscores the importance of soils, it’s easily forgotten that they are in fact very much alive and support the entire ecosystem. 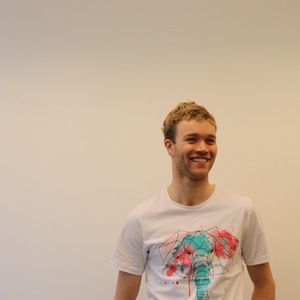 Gao Jianguo
about 2 years ago

Hi Johan, Nice to meet with you.
I was read your research labor, it so great.

I´m trying to contact him, because i´m working with nematodes in small area of Argentina. This place have almost 40% of infected área with Meloydogine spp and Pratylenchus penetrans or other P.spp. My special job is rural extension, but my other job is small research of potatoes grow in INTA (Instituto Nacional de Tecnología Agropecuaria) (Agriculture Technology National Institute-English version). I live in Hilario Ascasubi, Buenos Aires Province. This place is integrate into an irrigation área called Valle Bonaerense del Rio Colorado, nearly to north Patagonia. Here, the grower´s  produce onion´s, pumpkin´s , potatoes, carrot´s, water melon, etc.

It would be appropiate to state in contact to exchange ideas on how to deal with this problem of nematodes.