Mapping out the shape and pace of animal life cycles.

Life cycles vary massively across animals. Greenland sharks can live for over 300 years, taking a century to reach sexual maturity, while the turquoise killifish can complete its lifecycle within weeks. When it comes to reproduction salmon abruptly reproduce at the end of their life cycle after which they promptly die, while in contrast Wisdom the Laysan albatross, continuous to reproduce despite being the oldest known wild bird.

These examples demonstrate the diversity of strategies where animals must balance the ability to survive, grow and reproduce in ways that maintain their populations. However, not all strategies are possible. For example, Darwinian demons, theoretical species with unlimited abilities to grow, survive and reproduce, clearly do not plague the world, demonstrating that such life history strategies are simply not possible. However, while dismissing such thought experiments is easy we are still left with the question of which life history strategies are expressed in nature and how these might relate to the ecology and evolution we observe across different animal groups.

It was this question which started our journey of mapping out the range of expressed life history strategies found across the animal kingdom and has just been published in Nature Ecology and Evolution (https://www.nature.com/articles/s41559-019-0938-7). Until recently studies have typically been restricted to certain taxonomic groups, typically birds and mammals. We wanted to explore life history patterns at a macroecological scale that spanned the diversity of the animal tree of life. However this left us with a problem. How do you compare the life history of animals as different as humans and sponges?

To tackle this we turned to demography. The accountancy of populations is a common denominator to all species and so offers an ideal perspective from which to compare the life history strategies of vastly different animals. By using data in the form of population matrix models we could calculate a series of life history metrics, such as the average age individuals reach maturity, their reproductive rate, and where mortality and reproduction are concentrated in the life cycle. It also helps that there is a lot of this type of data. Researchers have been diligently measuring the population dynamics of all sorts of species for over a century with most of this data buried within the literature. Fortunately, the COMADRE team have put a huge amount of effort in digitising this valuable information in the form of population matrix models and making it available via their database (https://www.compadre-db.org/). From this database we were able to calculate various metrics describing the life cycles of 121 species, ranging from sponges and corals to humans and salmon, and test patterns which span across the Animal Kingdom.

The first large scale pattern we tested in our data was related to body size. Since Max Rubner noticed over 100 years ago that larger domestic animals lived longer than smaller ones, we have known that body mass has a huge influence an animals life history. Our results follows this expected pattern with larger animals becoming sexual mature later, living longer after maturing and reproducing more slowly.

After accounting for the role of body mass in life history traits we were then able to investigate how each aspect of the life cycle related and traded off with each other and create an overall map of animal life cycles. What we found was that the diversity of animals life cycles in our data could be mainly explained by two separate aspects of life cycles referred to as the pace of life and the shape of life. The pace of life described whether a species has a fast life cycle of maturing fast and having short lifespans, like the turquoise killifish, or a slow one of maturating late and having a long lifespan, like the Greenland shark. The second component was the shape of life which described how spread out both reproduction and mortality was in the life cycle. At one extreme were species such as freshwater crocodiles were juvenile mortality was high and were reproduction was spread evenly across the life cycle. At the other extreme were species like humans, were mortality was mainly at the end of the life course and where reproduction was more concentrated to one part of the life cycle. Hence, while freshwater crocodiles and humans both have a slow pace of life and live relatively long lives they are clearly distinguishable due to the shape of their life cycles.

One of the motivations for creating this broad scale map of animal life cycles was to use it as a framework to identify other biological and environmental factors that are associated with particular life cycles. For example, we found that species with higher metabolic rates were also found to have faster life history strategies, supporting studies which found such associations at lower taxonomic levels. Similarly, marine species with less motile ecologies, such as demersal and sessile animals, had slower life histories compared to more open water pelagic species, indicating the potential role of movement and exposure to risks in driving life history strategies. This approach can also be used to try identify how different life cycles may respond to environmental change or whether particular life cycles are more susceptible to extinction risks. For example, by using the IUCN red list as a guide to the conservation risk we found that species with high threat levels were not confined to any particular range of life history strategies meaning that despite these animals having very different ways of maintaining their populations, they faced similar levels of threat. Such indications of broad scale threats facing species across the diversify of life cycles observed in animals is a stark reminder of the need to understand the ecology and evolution of life histories. With the increasing availability of evolutionary, ecological and demographic data at taxonomic scales spanning Kingdoms, we believe macroecological approaches, such as ours, can play a key role in our attempts to understand the diversity of life cycles across the tree of life. 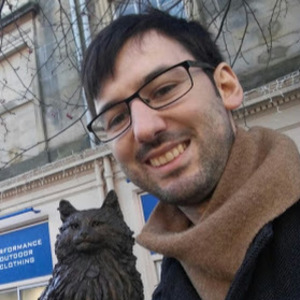