Vertical transmission of sponge microbiota is inconsistent and unfaithful

How do plants and animals acquire their microbiota? Are hosts colonized by microbes from their surroundings or do parents transmit microbes to offspring? Coevolutionary theory predicts that if microbial symbionts are beneficial, they should be vertically transmitted (to assure that the host is gaining compatible partners), and the more a host depends on its microbial partners, the higher the expected incidence of vertical transmission [e.g., 1, 2, 3]. Indeed, many obligate insect-microbe interactions, such as those described between Buchnera-aphid [4], Wolbachia-nematode [5], and Ishikawaella-stinkbug [6] are transmitted from parents to offspring. However, this theory is incomplete. Evidence for symbioses involving horizontal transmission is common, especially in hosts with relatively simple microbiota [e.g., 3, 7]. Two well-known examples include the facultative symbiosis between the luminescent Vibrio fischeri and the bobtail squid Euprymna scolopes [8], and the obligate symbiosis between chemolithoautotrophic bacteria and the hydrothermal vent tubeworm Riftia pachyptila [9].

In parallel, the hologenome theory proposes that there might be value in treating hosts and their microbiota as a single evolutionary unit. This theory comes with an important expectation: high partner fidelity—If the collection of genomes varies within and between host generations, then it is not a coherent unit of selection [10, 11]. Such tight partner fidelity is typically only found among host-microbe symbioses with obligate vertical transmission.

With increasing community diversity, do parents transmit a representative sample of the whole microbial community or select only a subset of the most beneficial microbes? How does vertical transmission interact with other community assembly processes shown to be important in diverse communities, including ecological drift, priority effects, and environmental selection? In our article that is published today in Nature Ecology and Evolution, we analysed the consistency and faithfulness of vertical transmission in multiple coexisting host species with highly diverse microbiota, leveraging known parent-offspring pairs sampled from eight species of wild marine sponges (Porifera).

Across eight sponge species, we show that: (1) vertical transmission is relatively comprehensive, but often undetectable. While larval sponges shared, on average, 44.8% of microbes with their parents, this fraction was not higher than the fraction they shared with nearby conspecific adults who were not their parents; (2) vertical transmission is inconsistent across siblings, as larval sponges from the same parent only shared 17% of microbes, and (3) vertically transmitted microbes are not faithful to a single sponge species: surprisingly, larvae were just as likely to share vertically transmitted microbes with larvae from other species

This study began as part of my PhD thesis. I spent the summer of 2012 in the small town of L’Estartit located on the northeastern coast of Spain known as Costa Brava conducting fieldwork. Eugeni Canals (currently an educator and diving instructor at BeOcean, Barcelona) was my diving partner and field assistant for the summer. Our goal was to sample multiple sponge species and their larval offspring. There was just one small problem—we did not know when most of the different sponge species we were planning to sample spawned. Compared to many corals which release their eggs in a single spawning event that is cued by the lunar cycle and seawater temperature, much less is known about marine sponges. To establish vertical transmission between known parent-offspring pairs, we built traps around individual adults only hoping to get lucky. After a number of larvae traps had been mounted each week, we made rounds each day stopping at every trap collecting and changing the bottles that we had designed to trap any dispersing larvae (for a sketch of the larvae trap, see Fig. S27 in the paper). The evenings were then spent sieving through each individual bottle searching for sponge larvae with a stereolupe.

Lastly, this work could not have been done without the help and input from all the co-authors. I am also extremely grateful for the help of R. Coma and E. Serrano—without their help in the field teaching me how to taxonomically identify the different sponge species, this work would not have been possible. Also, a special thanks goes out to my former colleague and friend Teresa Morganti who I lived with during the summer in L'Estartit—without you I probably would have lost my sanity! 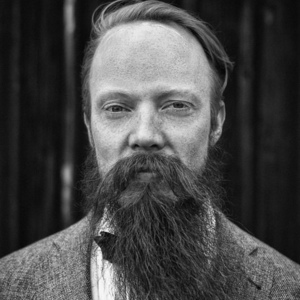 Modeling the structure & dynamics of microbiomes: From sponges to primates.
Follow