The evolution of the head marked the transition between a filter-feeding to predatory life style in early vertebrates. Poorly understood, the origin of the unsegmented head mesoderm of the vertebrates remain controversial. In our paper, we used amphioxus to shed light about this question.

For most people spending the summer in the Mediterranean is synonymous of vacation. However, for Evo-Devo scientists working in Banyuls-sur-mer (south of France) it has only one meaning: the amphioxus spawning season has arrived, and with this, long nights of amphioxus embryos manipulations in all its flavors, i.e. microinjections, drug treatments, grafting and so on. Indeed, the light of the third floor of the “Observatoire Oceanologique of Banyuls-sur-mer” is the only one that you will see on at night. In there, you will find a very enthusiastic team thinking about some of the most interesting questions on evolution.

View from the laboratory in one of those marvelous sunset before the work begins. Who would not get inspired with that view?

During my time as a PhD student, I was interested in understanding how vertebrates evolved their head. However, to elucidate this question one should first ask how does the ancestor of all vertebrates look like. It is largely accepted that the body of the last common ancestor of all chordates (which include the vertebrates, cephalochordates and tunicates) was fully segmented in somites (which are blocks of paraxial mesoderm). In vertebrates, these structures (somites) are located on either side of the neural tube, and will give rise to most of the muscles and bones that shape their body. Remarkably, this segmentation does not occur in the most anterior mesoderm which later will give rise to some head muscles, but in the trunk. How anterior mesoderm is unsegmented in vertebrates, and how it evolved from a fully segmented ancestor body still remain poorly understood.

Anterior part of the body of amphioxus. You can appreciate the buccal cirrus (saw-like filaments) that allows amphioxus filter only small particles.

To gain more ideas about this problem we used as model the only chordate fully segmented in somites: the cephalochordate Amphioxus. This unique feature makes the amphioxus more likely to represent the ancestral state of all chordates. You will find amphioxus in most of the sea shores worldwide. They are in shallow waters and buried into the sand. They are great filtering animals, and they spawn during summer time as sea water gets hotter. Once in the laboratory, you can easily get their eggs by a heat shock!

When I look back to my PhD years, the harder times were definitively the summer nights working at the laboratory! Yes, long nights microinjecting and fixing embryos to get enough material to work during the rest of the year. With only 3-4 months to do so, you can imagine how intense it was. Although a stressful time, I was lucky to be part of an amazing and supportive team! They know how to combine long nights of work with needed breaks (yes, those beers and oysters were very important!)

A. The Amphioxus team. From left to right (front) Lucie, Anthony and myself (back) Hector and Stephanie (the bosses) B. Ready for another night microinjecting amphioxus eggs. To give an idea, if a frog egg were the size of a soccer ball, an amphioxus egg would be the size of a tennis ball ! C. Lucie and I preparing petri-dishes for in vitro fertilization of amphioxus eggs.

I already finished my PhD, and I left that cute village, but as the summer comes I can't help but thinking in “the amphioxus spawning season”. Even more, this is a special summer because we can see our work published! (https://rdcu.be/bIvLX). Here, using classic and new genetics tools, we show the existence of three different populations of somites in amphioxus. These somites are genetically similar to those of the trunk of vertebrates, which suggests that the vertebrate head mesoderm is of lateral origin (contrary to classical hypotheses). Altogether, we propose a new multistep evolutionary scenario for the origin of the vertebrate head. 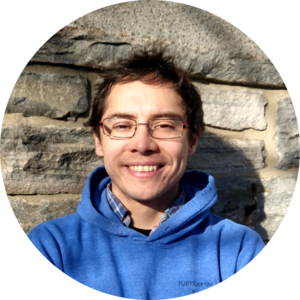 Ale Aldea over 1 year ago