Africa is projected to be home to nearly 2.8 billion people by 2100, but rapid population growth will cause widespread environmental degradation unless effective family planning becomes widespread policy.

Almost a decade ago, I (co-) wrote a paper examining the socio-economic correlates of gross, national-scale indices of environmental performance among the world's nations. It turned out to be rather popular, and has so far garnered over 180 citations and been cited in three major policy documents.

In addition to the more pedestrian ranking itself, we also tested which of three main socio-economic indicators best explained variation in the environmental rank — a country's gross 'wealth' indicator (gross national income) turned out to explain the most, and there was no evidence to support a non-linear relationship between environmental performance and per capita wealth (the so-called environmental Kuznets curve).

Well, nearly ten years later, I've decided to revisit the problem. But something had always bothered me about the first paper — in some respects, it probably unfairly disadvantaged certain countries that were in more recent phases of the 'development' pathway, such that environmental damage long since done in major development pulses many decades or even centuries prior to today (e.g., in much of Europe) probably gave certain countries an unfair advantage. In fact, the more recently developed nations probably copped a lower ranking simply because their damage was fresher.

While I defend the overall conclusions of the original paper, my intentions have always been since then to improve the approach. That desire finally got the better of me, and so I (some might say unwisely) decided to focus on a particular region of the planet where some of the biggest biodiversity crunches will happen over the next few decades — Africa.

Africa is an important region to re-examine these national-scale relationships for many reasons. The first is that it's really the only place left on the planet where there's a semi-intact megafauna assemblage. Yes, the great Late Pleistocene megafauna extinction event did hit Africa too, but compared to all other continents, it got through that period relatively unscathed. So now we (still) have elephants, rhinos, giraffes, hippos, etc. It's a pretty special place from that perspective alone. Then there's the sheer size of the continent. Unfortunately, most mercator projections of the Earth show a rather quaint continent nuzzled comfortably in the middle of the map, when in reality, it's a real whopper. If you don't believe me, go to truesize.com and drag any country of interest over the African continent (it turns out that it can more or less fit all of China, Australia, USA, and India within its greater borders).

Third, most countries in Africa (barring a few rare exceptions), are still in the so-called 'development' phase, although some are much farther along the economic road than others. For this reason, an African nation-to-nation comparison is probably a lot fairer than comparing, say, Bolivia to Germany, or Mongolia to Canada.

Finally, and perhaps most importantly, Africa easily has the fastest-growing overall human population compared to any other region of the planet, with between 5- and 7-fold increases projected to the end of the century. Combine this whopping increase of today's ~500 million African inhabitants to nearly 3 billion by 2100 with the dwindling and its highly threatened wildlife (including, of course, its still-extant megafauna), and you stand to see one of the greatest biodiversity tragedies unfolding at such a massive scale there that it almost makes the rest of the world's current biodiversity crisis look tame by comparison. 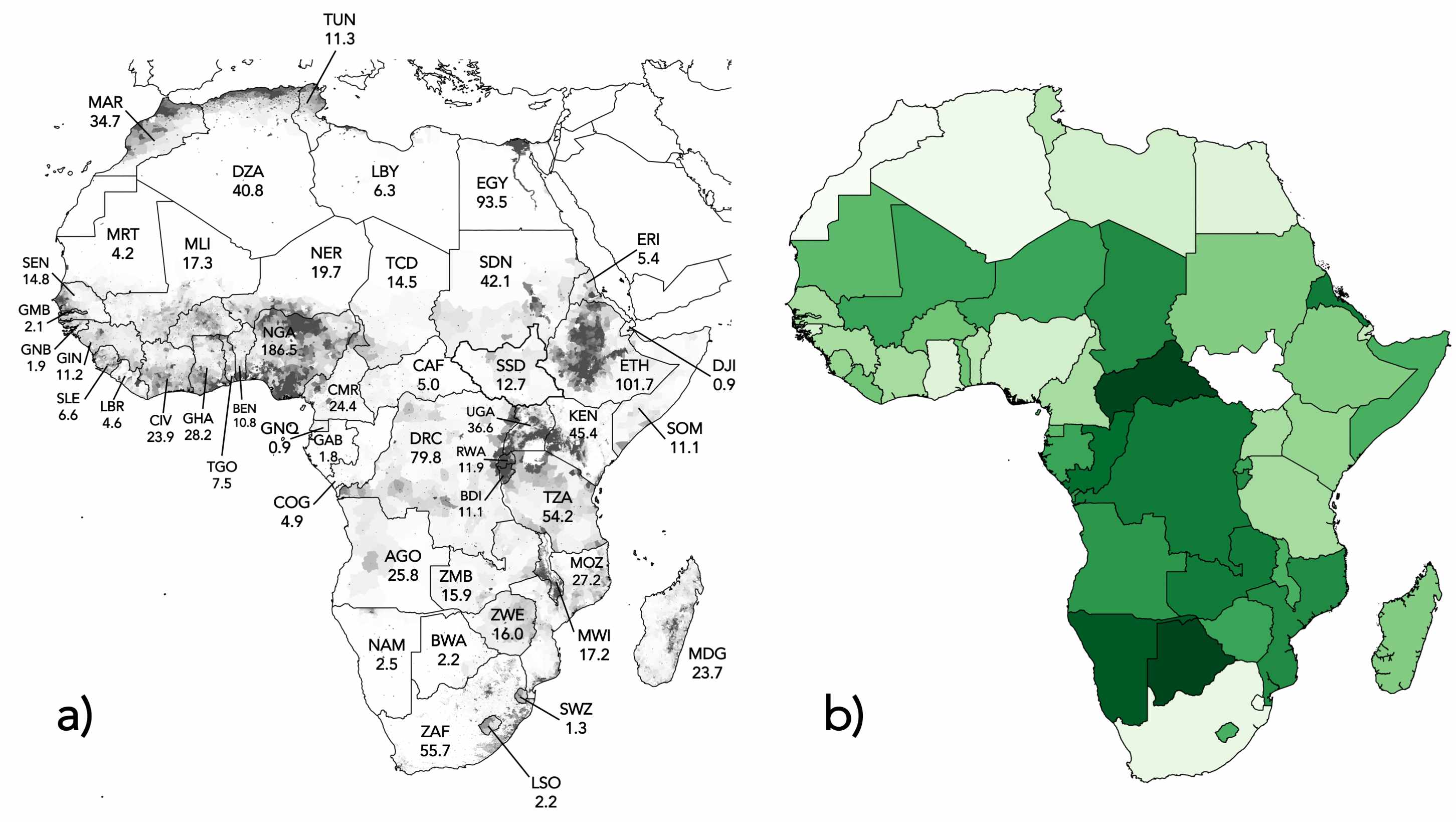 "Ok, hang on", I can hear you say. "You wrote above that economic turnover is the most important driver of environmental degradation". Yes, I did, but that was at the global scale, and as I said before, it is likely to be slightly biased because it unfairly penalises recently developed or still-developing nations.

Enter the latest paper that my good friend and colleague, Dr Enrico Di Minin, and I just published in Scientific Reports entitled Socio-economic predictors of environmental performance among African nations. Not only did we just focus on Africa therein, we also completely revamped the environmental performance indicator for an African-specific sample of countries. The indicator included proportion of threatened species, of course, but also the recently published megafauna conservation index, ecological footprint, livestock and cropping intensity, freshwater removal, deforestation rate, and greenhouse-gas emissions. 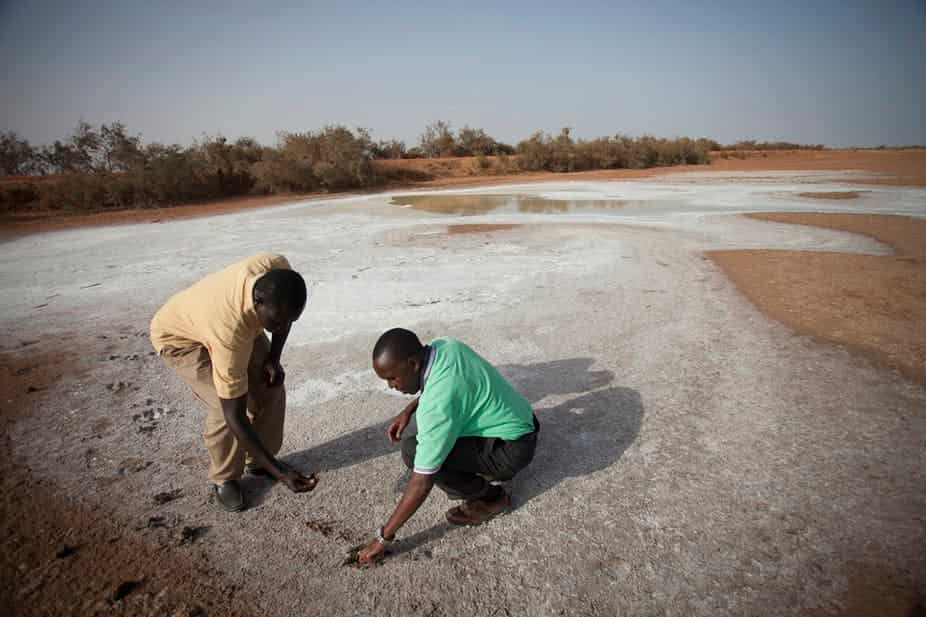 To make a long and multi-model story substantially shorter, the take-home message is this — while we did find a smaller effect of economic turnover as we had before (i.e., richer African countries tend to do more environmental damage on average), by far the most important determinant (well, 'correlate', really) was human population density. In other words, the higher the human pressure in a country as measured by the admittedly crude metric of total population density, the worse the country's environmental performance.

This is a pretty important finding for many reasons, not least of which is the notoriously difficult and elusive relationship between human population metrics and biodiversity performance (reviewed nicely by Gary Luck some years ago). It's also a wake-up call that if we pretend to be trying to meet the Aichi Biodiversity Targets and the United Nations Sustainable Development Goals, we had better start taking human population growth more seriously. We argue that without continental-scale, effective, culturally sensitive, non-coercive, and widespread family planning, none of the aforementioned goals or targets will be achievable.

There are several other results in the paper that have biodiversity relevance, of course, including (again) a lack of a nonlinear relationship between per capita wealth and environmental performance, a weak to non-existent effect of governance at this scale, and a weak, but noticeable effect of wealth inequality on environmental performance (the more unequal, the better the environment fares). But if you're interested in those results, I really recommend you get stuck into the paper itself. 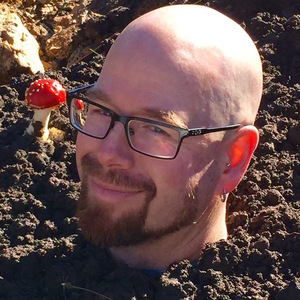 My research is mainly in the area of global-change ecology — how human endeavour and climate fluctuations have altered past, present and future ecosystems. My most important contributions have been in the area of applied ecology, biodiversity conservation, theoretical ecology, extinction dynamics, human demography, species responses to climate change, disease ecology, and applying ecological theory and modelling techniques to hindcast prehistoric ecosystems.