Pollen and spores from the Jurassic rocks of Yorkshire, UK, reveal major changes in forest ecosystems during a rapid global warming event that took place 183 million years ago.

The Jurassic is a period in Earth’s history from 201–145 million years ago during which dinosaurs roamed the land and large marine reptiles, such as ichthyosaurs and plesiosaurs inhabited the seas. When people hear the word ‘Jurassic’ they tend to immediately think of the 1993 blockbuster film, Jurassic Park, but there’s more to the Jurassic than dinosaurs and monstrous marine reptiles, namely…. pollen.

Throughout the Jurassic, the world was much warmer than at present, this is reflected in the probable absence of permanent ice caps at the poles. However, in this already warm climate, at ~183 million years ago, global temperatures increased by ~7°C. This event occurred during the Toarcian Stage of the Early Jurassic and lasted a few hundred thousand years. The warming episode is characterised by mass extinction in the oceans and the widespread development of oceanic oxygen deficiency (the Toarcian Oceanic Anoxic Event). The consensus is that the warming was caused by an increase in atmospheric CO2 levels due to massive volcanism in what is now Southern Africa and Antarctica.

Based on pollen and spores derived from land plants, we aimed to test the effects of the warming event on forest ecosystems. This is, however, rather challenging, because we needed to find a location that: (i) has sedimentary rocks that span the time interval of the event, and (ii) preserves plant remains. Unfortunately, sedimentary successions that were deposited on land at this time are rare, but pollen and spores are often abundant in rocks that were formed in seas around continental margins, preserving a record of the vegetation on land. We investigated rock samples from the coastline of North Yorkshire, UK, which represents one of the best localities to study the global warming event. The sediments were deposited on a muddy seafloor of a shallow sea during the Early Jurassic. Many studies have been conducted on these successions, revealing major changes to the marine environment during the warming event, such as the appearance of a widespread and long-lived anoxic ‘dead zone’, however, the impacts on land have remained elusive.

Following lab work, which involved dissolving the rocks in acid – this removes the mineral components but has no effect on the organic fossils – we examined the samples for pollen and spores… We were very happy, and relieved, to find our samples were full of these fossils! After many hours spent on a light microscope, we identified over 40,000 pollen, spores and marine plankton. Following the meticulous work of other researchers, Jurassic pollen and spores can typically be assigned to at least broad parent plant groups, allowing changes in vegetation to be assessed before, during and after the warming event.

The ubiquitous nature of pollen and spores in the fossil record allows vegetation changes to be tracked at high temporal resolution. This is particularly useful for understanding the development of rapid episodes of climate change in the geological record, such as the Toarcian global warming event.

After collecting the data, our research group met up at the Swedish Museum of Natural History in Stockholm, and over several cold days in the Swedish winter, we discussed the data and its potential significance. The fossils revealed substantial vegetation changes on land during the global warming event. Lush, highly diverse forests of conifers and ferns were replaced by vegetation dominated by a few species of conifers and cycads that were adapted to warm and drought-like conditions. Pollen and spore assemblage richness and diversity dropped markedly during peak warming. As temperatures returned to normal, forest ecosystems eventually recovered, however the composition of the plant communities was notably different after the event signifying a long-term turnover of the dominant tree groups.

In the oceans, the normal plankton disappeared (a widespread phenomenon that has been noted from several localities previously), and the warming led to massive algal blooms and eutrophication. The initial ecosystem response was more substantial on land than in the oceans, suggesting that the early stages of the global warming event were more severe for continental ecosystems. 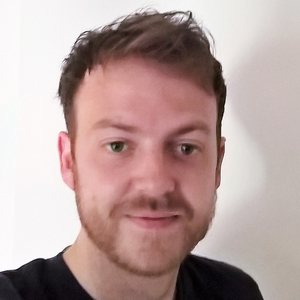