Bonobos are our closest living relatives, together with chimpanzees. Using population genetic models, we find that their ancestors have interbred with an unknown, extinct ape lineage. We excavate parts of the genome of this extinct ape that still survive in current bonobos.

On the day I started to work as a postdoc with Tomas Marques-Bonet, we sat down on the couch outside the offices, with a unique view of the Mediterranean sea, and discussed potential projects. He came up with the idea of “genomic fossils” to search for in the genomes of great apes, inspired by my background being in ancient DNA and Neandertals.

We know that humans have received gene flow from Neandertals, which was surprising to many people a few years ago. After all, humans are not special, such admixture has been described for many other organisms, from plants to primates, and we seem not much different. We can find the “genomic fossils” of extinct groups like Neandertals or the enigmatic Denisovans in our genomes, and it seems that “ghost” populations have contributed to humans also in Africa.

It seemed like a reasonable plan to do it for other species, but, as often, it turned out to be non-trivial at a closer look, because we have much fewer ape genomes and our knowledge on these species is more limited. Working with ape genomes is always difficult given that it is a scarce resource, and obviously we should not interfere with wild-born individuals. The Democratic Republic of Congo, where bonobos live, is also politically instable. In a previous paper published by Tomas’ group a few years ago, samples came from Lola Ya Bonobo, the world’s only sanctuary for orphaned bonobos in the DRC. At the time when I started, they had just sequenced more chimpanzee genomes, and so we focused on the relationships among the living species. We found gene flow between chimpanzees and bonobos, less than that in humans, but remarkably showing that we are similar to the other apes after all.


This was only possible with data from many individuals, and it seemed logical to start searching for “ghosts” in chimpanzees, as there are several subspecies living in very different habitats across large parts of Africa. Around the same time, my child was born, and a year of leave and part-time work followed. By the end of this period of sleepless nights and fragmented schedules, I saw surprising patterns in the genomic data not of chimpanzees, but of bonobos. This was confusing, and it took a long effort, discussions with other experts, and extensive computer simulations to understand that this must indeed come from an unknown lineage.


Probably this “ghost ape” was living until at least half a million years ago in central Africa. Bonobos must have encountered this species, mated with them like we did with Neandertals, and still carry a few percent of this extinct species in their genomes. And, like in humans, it seems that some of this genetic material contributes to the response to pathogens, or maybe the way food resources can be used. Unfortunately, they only live in the tropical forests of Africa, where not only present-day samples are hard to get, but also fossils are almost absent. And unlike humans, they do not inhabit caves, where ancient DNA could have been preserved.

It seems quite unlikely that we could ever directly sequence these extinct apes, but I hope that we can learn something about bonobos - and about ourselves - by resurrecting these ghost lineages. 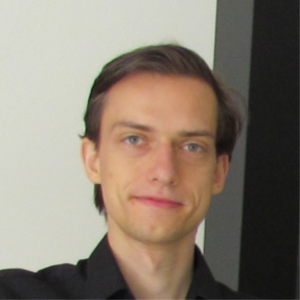