In our new paper, Andy Fraass and I test an explanation for a somewhat surprising phenomenon: in the aftermath of mass extinctions, taxonomic diversity takes millions of years to recover to pre-extinction levels. You’d think it wouldn’t take that long, right? The familiar model is that life springs right back, refills empty niches, and everything goes on as it was before, just with mammals instead of dinosaurs, or whatever. But that’s not the case.

This has been known, at least theoretically, for a while; for example, this paper from 2000 by James Kirchner and Anne Weil showed a 10 myr delay between peaks in extinction rate and subsequent peaks in origination rate. They proposed an explanation for this: extinctions eliminate ecological niches along with the species that occupy them, and because these niches serve as starting points for additional diversification, then diversification should be paced by the time it takes to rebuild that niche space. As far as I can tell this has never been tested until now, which I found shocking because I’d assume that we would want to understand such a fundamental question as what controls diversification after mass extinctions. Andy and I used planktic foraminifera, which have a highly temporally and taxonomically resolved record and also totally coincidentally are the group that he and I study, to show that morphospace (a slightly more rigorous concept than “niche space” but basically the same thing in this group) has to be reconstructed before diversity can fully recover after mass extinctions.

The day I submitted corrected proofs for this manuscript I read this really excellent essay by Marcia Bjornerud on the history of scientific thought about Why There Are Mountains. This primarily focused on Geosyncline Theory, which, I should probably explain, is a very wrong model for how mountains form that was accepted science for like 100 years before Plate Tectonics came along. This was obviously a great thing to read when I was feeling good about our accepted manuscript and all of our smart ideas. I’m sure all the scientists who spent their careers naming the different types of geosynclines and describing how the cooling Earth shrinks to form mountains were proud of their work, too. They probably mailed their type-written drafts to publishers feeling the warm glow of a job well done, confident that they had helped advance humanity’s understanding of the world. “Well done, everyone, I think this one is really going to stand the test of time.” Anyway one of the things that really struck me about Bjornerud’s essay was this line:

“Their ardent adherence to this theory exposes a basic tension in the study of the Earth: whether it can be understood like the cosmos, subject to timeless laws, or more like a language, evolving and idiosyncratic.”

This perfectly expressed something I’ve been wrestling with since I started working on the response of plankton to mass extinction events. The turnover of planktic foraminifera (and, I assume, most organisms) has been shown to be driven by a combination of climate, ecology, and more basic macroevolutionary processes like diversity dependence. Is the recovery following a mass extinction really primarily driven by the timeless laws of macroevolution (as we suggest in this paper)? What’s the role of the more idiosyncratic factors like climate, oceanography, chance, etc. Are we missing something important because it’s more satisfying to fit everything into a more elegant, macroevolutionary box?

Of course, I don’t think we’re missing anything (although I’m sure the geosyncline guys felt the same way). Climate etc. probably had some effect on the diversification of planktic foraminifera after the Cretaceous-Paleogene mass extinction (the one we focus on in the paper), perhaps leading to the development of certain traits or the precise timing of particular jumps in diversification. But what we have evidence for here is that it wasn’t responsible for the long delay in the recovery of diversity. Morphospace reconstruction was the scaffolding on which increasing taxonomic diversity could be built. Particular macroevolutionary events might still be caused by climate or some other environmental forcing, but until morphospace was rebuilt diversity remained low compared to pre-extinction levels. Perhaps, then, the timeless laws of macroevolution are more important for the recovery of life. Any environmental or ecological anomaly can cause an extinction event, or spark speciation in the subsequent recovery, but there appears to be a hard speed limit on the full recovery of species diversity. Those idiosyncratic events still operate within the overall rules of the “timeless laws.”

We framed this paper around the ongoing modern mass extinction, and trying to predict the recovery of the biosphere once negative anthropogenic pressures have ended. I think that a lot of modern ecological studies focus (rightly) on details of particular species losses and recovery of environments (e.g., coral reefs after a bleaching event). Our paper, I hope, serves as a reminder of that more universal processes underlying these specific and unique tragedies. The Earth’s climate system will take thousands of years to recover from our actions; the Earth’s biosphere will take millions of years to recover from the losses of biodiversity we’re inflicting on it. 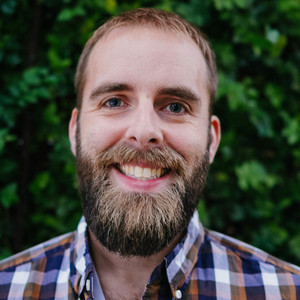 Anne Weil
about 2 years ago

I'm perhaps less shocked than you that the hypothesis put forth in the Kirchner and Weil (2000) paper was not explicitly tested.  The result of our analysis was that origination rates (peaks and valley) lagged extinction rates by 10 million years.  We were working with Jack Sepkoski's updated database of marine invertebrates. Not too long after that, the database we were using was mathematically adjusted to remove artifacts resulting from the fact that some periods are better represented by the rock record than others. (Might have been Peters and Foote, 2001).  Subsequently, Lu et al. (2006), as we cite in the News and Views, determined that the lag throughout the entire record disappeared if the same methods were used on the adjusted (or "corrected") data set, although long recovery times after mass extinction events remained the rule.

So, I think it was that our core observation did not hold with the data set after the data set was altered. I think only Doug Erwin ever considered that the explanation itself, which was similar to ideas he had, might still apply to mass extinction events.

Also, most people who work on these kinds of questions are invertebrate or micro- palontologists.  Jim and I, as an environmental scientist and a vertebrate paleontologist, did not have a expertise with a group that we could turn around and test it on, the way you and Dr. Fraass have with foraminifera.

Christopher Michael Lowery
about 2 years ago

Well, it could just be my perspective coming into this discussion so much later. I didn't start thinking really critically about mass extinctions until a few years ago, when I sailed on IODP Exp. 364, which drilled the Chicxulub crater. I did my PhD on oceanic anoxic events and had been much more focused on the environmental drivers of plankton ecosystems than on the macroevolutionary ones.  When I learned about  the long delay in the recovery of planktic forams after the K-Pg, which didn't seem to be related to any environmental forcing, I started reading a lot of the extinction and recovery literature, mostly based on Sepkoski's marine invertebrate database. Like most fields I'm not familiar with I'd just assumed the macroevolution people had everything all worked out. When I read your paper I found it extremely clarifying, and then I was immediately disappointed to find the community hadn't spent the next 16 years building off your results, except I think Erwin's paper. It just seemed to me like a very interesting thread had been picked up and then dropped. And, as you said, long recovery times after mass extinctions have remained the rule, so that question was stilling hanging out there even if perhaps it doesn't hold true when the major mass extinctions are removed. Seems like something that might be worth revisiting with a broader database of plankton, beyond just foraminifera, which might have the taxonomic and temporal resolution lacking in the marine invertebrate data.