In the search of climate adaptation cost on insecticide resistance

The use of insecticides invariably raises a feeling of ambivalence in the minds of ecologists. While their dreadful impact on natural ecosystems is undeniable, so too is that of malaria, for example, which claims nearly a half million lives every year. The need to both control insect-borne diseases and to ensure food security has to be reconciled with the goal to minimise environmental pollution and erosion of biodiversity. This means a decrease in the use of pesticides, yet, as our first line of defence, their efficacy should also remain. We seek to achieve this through the opportunistic and systematic exploitation of every ecological barrier and every source of genetic conflict present in pests and pathogens.

Generations of evolutionary biologists have investigated genetic trade-offs to test Fisher’s prediction. He contended that most mutations, when near an adaptive optimum, should somehow be deleterious. Insecticide resistance provided one such test of the cost of fitness by J. Crow as early as 1954. Our research aimed to explore the evolutionary and ecological context of these costs by analysing their occurrence at the whole genome level and across the whole species’ range. Our hypothesis was that natural populations, having experienced different intensities of selection during their long-term adaptive evolution, will therefore have different capacities to respond to novel selection pressures. As climate adaptation and insecticide resistance in Drosophila melanogaster are exceptionally strong selection pressures, it was very exciting to test the hypothesis that these were likely to collide. This was how the little fruit fly became my companion of choice for the next five years, doomed to confrontation with the most common and contentious insecticide, imidacloprid.

With our finite financial resources, the need to be cost-effective in the generation of genomic data required great ambition in population sampling. The experimental evolution and ecological genomics communities regularly sequence individuals in pools and then contrasts allele frequencies between extreme pools in order to identify the genetic basis of trait variation. We did not want to focus on only two extreme pools, but rather estimate allele frequencies for the entire population so that the genetic mapping could be complemented with population genetic analysis. We thus started to think of a model for gene mapping that would make the best possible use of pooling individual flies across the entire resistance distribution range and not only the extremes. Our method, dubbed “GWAlpha,” enabled us, in a way more powerful than contingency tests only using extreme pools, to do genome-wide association in a framework very closely related to the classical linear models used in GWAS.

We were fundamentally interested in how climate adaptation conditions the future evolution of an a priori unrelated trait such as insecticide resistance. There are two components to factor in when investigating climate adaptation: both the past evolutionary response and the current physiological response. The first factor was captured by sampling in regions of extremely high and low temperature and humidity. We consolidated the design by repeating the sampling within every targeted region and also across two continents, Australia and North America. This parallel sampling had already proved fruitful to study climate adaptation. What was unprecedented, however, is the consistence of this field collection: we sampled all populations over a single year, in autumn, on agricultural precincts (mostly wineries), and performed all experiments within 25 generations from collection. This would have been unachievable in any species other than D. melanogaster. It allowed us to retain most of the ecological context and minimised the effect of lab adaptation. We could then confront our assumption of climate pre-adaptation to the physiological response to high temperature. Although not strikingly, populations from hot climates did live longer under the heat. This was a reassuring start point upon which we followed with insecticide resistance assays, again performed at two temperatures.

The great benefit of testing two temperatures, regardless of whether we had found significant differences, was to provide two completely independent replicates of the genomic data and thus a powerful means to control sequencing errors. In addition, the quality of the current genomic resources developed in flies made it possible to explore comprehensively the molecular variation that underlies the interplay between adaptation to climate and insecticides. We identified two major genes (Prm and nAChRα3) involved in resistance, and we also showed that there are three chromosomal inversions involved in heat adaptation that maintain insecticide susceptibility (In(2L)t, In(3R)Mo and In(3R)Payne). This pattern seems to transfer to some mosquito species such as Aedes and Anopheles spp., with the 2Rb inversion. Clearly, this demonstrates that chromosomal inversions, as highly evolutionarily constrained region, could be more systematically targeted in pest control programs.

Read the paper at Nature Ecology and Evolution: "The spread of resistance to imidacloprid is restricted by thermotolerance in natural populations of Drosophila melanogaster" 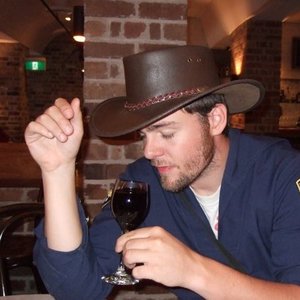 Lecturer, The University of Melbourne