We sought to prove a theoretical prediction, that higher dilution rates favor faster-growing species. But our efforts hinged on a tradeoff that the theory can’t explain.

When trying to understand experimental results, simple mathematical models can be helpful. But in the lab, there are always surprises.  If a model doesn’t explain a surprising result, we feel disoriented.  But an unanticipated outcome can also become the most interesting aspect of a project.

While doing experiments for our recent paper, "Mortality causes universal changes in microbial community composition," we were surprised by a pattern among five species of bacteria that we cocultured.  A model predicted that in a two-species coculture, an increasing dilution rate would favor the faster-growing species, leading it to drive the slower grower extinct.  But in order to observe this effect in the lab, fast growers couldn’t already be dominant at low dilution rates.  Thus, a tradeoff must exist between growth rate and competitive ability, in which slow growers are highly competitive in low-dilution environments, where bacteria are crammed together in high-density conditions.

As it turned out, the tradeoff did exist among our species, and it made the effect of an increasing dilution rate especially dramatic, as competitive outcomes reversed from dominance of slow growers to dominance of fast growers.  In other words, the model didn’t predict the tradeoff, but the tradeoff was required in order to observe the model’s predictions!

To back up a little, let’s talk about how we did the experiments.  Daily dilution experiments are one of the easiest ways to study microbial communities in the lab.  We inoculate two or more species in a small volume of growth medium, let them grow for 24 hours, and then dilute the culture into fresh medium to restart the cycle.

Without the dilution step, most cultures would never reach equilibrium—it takes a few days to reach the competitive outcome.  But how do you decide how much of your culture to dilute into fresh media each day?  1/10? 1/100,000?  Often microbial ecologists merely pick a dilution factor that allows the culture to grow enough generations to reach equilibrium.

But could changing the dilution factor change the competitive outcome?  The answer is a resounding yes!  As mentioned, simple models predict that in a two-species competition, increasing dilution will favor the faster grower. This brings us back to our conundrum: in order to test this prediction, the fast grower can’t already dominate at low dilution factors.  In that case, the model would predict no change as dilution increased—hardly a prediction worth verifying.

Knowing nothing about two species other than their growth rates, it would be natural to expect the faster grower to dominate in any given environment.  To our surprise, then, we found that the slower their growth rates, the more competitive our species were at low dilution.  Serendipitously, this result allowed us to verify the model’s predictions in their full glory: at high dilution factors, fast growers dominated, and at intermediate dilution factors, the species either coexisted or were bistable (a more subtle prediction of the model).

The reason for the tradeoff between growth rate and competitive ability among our species was hard to pin down.  We investigated two hypotheses.  First, we thought that the slower growers could actually be relatively faster growers in low-nutrient concentrations, which would confer an advantage in low-dilution environments, where the nutrients are consumed quickly.  This hypothesis was not borne out.  Second, we thought that the slow growers might be releasing toxins that harmed the fast growers in high-density, low-dilution environments. To test for toxin production, we grew all species to saturation in monoculture and then filtered out the cells to leave the supernatant.  After growing all pairwise combinations of each species in another species’ supernatant, we observed some fast growers to suffer inhibited growth in some slow growers’ supernatants.  This inhibition provided a potential explanation for three out of seven instances of domination by a slow grower over a fast grower.

Although we could not find a definitive explanation for the growth/competition tradeoff, our study is not the first to see this phenomenon.  Similar conclusions have been made about a group of mutants of the same bacterial strain1 and different species of protists2-3.  More examples of the concept include antibiotic resistance, which makes most bacteria grow more slowly despite imparting a clear competitive benefit4, and seed size in plants—plants that produce larger seeds necessarily produce fewer of them (which means a lower growth rate), but were found to be superior at seedling establishment in crowded conditions (and thus more competitive in a low-dilution environment)5,6.

Observing the tradeoff among our species and in our growth medium was a puzzling surprise.  The fact that we observed slower-growing species to be more competitive in high-density environments doesn’t mean that this is a universal phenomenon, or even that we expect to see it elsewhere.  But we believe that the question of whether the tradeoff is common in natural settings is a question worthy of further investigation, and we hope that our discovery will motivate others. 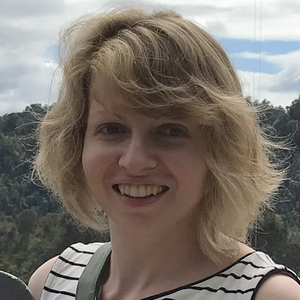