The painting on the wall: what’s the matter with dental ecometrics?

A recent publication by Denk et al. (2018), and even more so a blog post by Susanne Renner, challenges our analysis of the Old World Savannah Palaeobiome (Kaya et al. 2018), suggesting that our conclusions as well as our methodology are flawed because, in their opinion, the plant and mammalian fossil based evidence disagree. We have already defended our interpretation in a published commentary (Fortelius et al. 2019). Here we focus instead on the methodological aspects.

The blog post states: “We found evidence that the Western Eurasian sites were covered by forests of both evergreen and deciduous flowering plants and needle trees, with 15% of 1602 fossil occurrences representing conifers, which are present at all but one of the sites.“<...> “The late Miocene Western Eurasia was covered by evergreen needleleaf forests and mixed forests had already been inferred by paleobiologists in the 1980s – as seen in a wall painting showing Miocene horses in a forest near Vienna, photographed in the Vienna Natural History Museum in February 2018.“

It has long been known, and is becoming increasingly obvious, that different proxies and different analytical procedures will often produce divergent results. We believe that this is mostly a matter of looking at different parts of the picture, different parts of the elephant in the well-worn metaphor. The puzzle of the needle trees is a good example.  Needle trees, heavily protected by chemical deterrents, are only available today to highly specialised herbivores, such as the subarctic pure browser Alces today. Needle trees, in a forest or elsewhere, would almost certainly not have been a resource for the diverse assemblages of grass and leaf feeders (Solounias et al. 2010) that characterised the Old World Savanna Palaeobiome (OSWP). For the majority of them it would simply have been part of the inedible environment, habitat for sure but not food. This of course doesn’t mean that the conifers were actually missing, only that they were largely irrelevant to the large mammalian herbivores looking for food and left no traces on their teeth.

Teeth are essentially precision tools and act as an interface between an animal and its edible environment (Evans and Sanson 2003). Ecometric modelling is conceptually akin to reverse engineering of that interface. Locally available vegetation depends on climatic factors, such as temperature, precipitation, seasonality; daylight, soil properties, elevation, and more. Plants growing under different climates and over different seasons therefore have different structural properties that require biomechanically different mastication, and teeth need to match those challenges. Therefore, the composition mammalian communities in terms of their dental traits carries information about the edible plants present -- but also indirectly about those absent, since local environmental conditions limit the distribution of edible plants (Fortelius et al. 2002, Zliobaite et al. 2016).

In the blog post, Renner and colleagues speculate that the problem with the hypsodonty proxy might be too low resolution, due to ordination as opposed to actual measurement of an index. This is simply a misunderstanding. The coarse ordination of hypsodonty is quite intentional, for several reasons. First, it makes the proxy conservative and robust with respect to minor evolutionary trends of increasing tooth height. (Incidentally, the question of possible delays in the evolutionary response to environmental change hardly arises here, as the proxy is based on ecological sorting of available species.) Secondly, it solves the problem that no measured index in existence today is comparable between dental morphologies (cows versus horses, for example). The proxy therefore captures the whole community in a reasonably unbiassed way and allows us to reason about (and model) its relationship to climate and habitat as a whole, rather than through tracking individual diets.

Ordinated hypsodonty is actually almost binary – the dominant scores are brachydont (1) and hypsodont (3). Mesodonty seems to be essentially a transitional state. Mesodonts were more common in the past in the early phases of grassland expansion but have gradually been replaced by hypsodonts. Galbrun et al (2018) analysed relations of each hypsodonty category with the present-day climate separately and observed that the share of brachydonts is the most dominant carrier of the environmental signal (out of the three hypsodonty categories). Similarly for lophs (cutting edges), Liu et al (2012) discussed and Oksanen et al (2019) showed that the absence of species without lophs (bunodonts) carries the signal rather than lophs themselves. In this way, the proxy reacts to the absence of environmentally sensitive forms and is robust to the presence of extremely specialised ones. It’s a bit like in Mozart’s famous quip: “The music is not in the notes, but in the silence between.”

Averaging of hypsodonty and other traits over species works because energy controlled at the species level is independent of body mass and headcount (Damuth 1981), it only depends on the phase of species history (expanding, peaking or declining). But since species of all sizes expand, peak and decline stochastically (Zliobaite et al 2017), averaging over species of different sizes and different phases in their evolutionary trajectories is theoretically correct.

Hipparions in a forest environment is certainly no great shock to us, being long-standing admirers -- and indeed occasional collaborators -- of the famous Vienna palaeobotanists. To cite just one example of our long-held pluralistic view, specifically touching on the Vienna Basin hipparions: “It should be noted that grass eating and the Neogene spread of grasslands is only a subordinate theme in the evolution of hypsodonty. Hypsodonty is not restricted to grass eaters today, and not all modern grazers are hypsodont (Fortelius and Solounias, 2000). There is a growing consensus that many species of Neogene hypsodont equids were mixed feeders and even browsers (Hayek et al., 1991; Quade et al., 1994; MacFadden et al., 1999; Kaiser et al., 2000), and the same is evidently true of the hypsodont ruminants (Fortelius and Solounias, 2000)” (Fortelius et al. 2002, p 1007).

There were many rooms in the Old World Savannah Palaeobiome and the Hipparion fauna probably lived in most of them. However, the notion that the Hipparion fauna would have inhabited mainly or exclusively forest environments goes against a large body of evidence accumulated over more than a century of research. Here, as always, extraordinary claims will require extraordinary evidence. 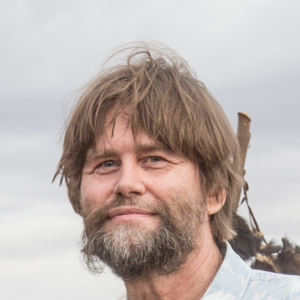