Changing the estimate of the speciation time of human and chimpanzee

This project grew out of a long-term interest in inferring speciation times of the great apes. How and when did the different great apes divide into the species, orangutan, chimpanzee, bonobo, gorilla and humans that we know today? Back in 2006 we used available genome data to infer these speciation times from genome divergence. In order to turn our estimates into years we needed to make an assumption of how much a genome changes per year. We assumed 1 in a billion changes per year since this was a number generally believed to fit with the fossil record. This number gave us a speciation time of human and chimpanzee of about 4.5 million years.

Fast forward to 2012, the human mutation rate could now be directly estimated from high quality genome sequencing of father, mother and child trios, where a new mutation is a variant found in the child and in none of the parents. The first study estimated the mutation rate to be much smaller than anticipated, around 0.43 in a billion changes per year and later studies have confirmed this rate using several thousand human trios. Using this rate the human-chimpanzee speciation time becomes around 10 million years and this appears at odds with the fossil record. Thus, either the fossil record should be reconsidered or the mutation rate in humans today is not representative of all the time since our common ancestor with chimpanzee.

In order to search for the answer, we decided to turn the question around and ask ourselves, “is the mutation rate in humans representative for the great apes?” We reckoned that a good test would be to investigate the yearly mutation rate in great apes today. In order to include families with known pedigrees and demographic data, we turned to the zoo community. Zoos have for decades managed their populations of great apes through regional population management programmes. Each of the species programmes have a studbook that hold information about the pedigrees of all individuals. Through the European Association of Zoos and Aquaria´s Biobank we searched for available great ape samples and matched their pedigree information in the studbooks. We acquired trios from chimpanzees, gorillas and orangutans and had them sequenced at high coverage. Great apes in zoos have given names, like Carl displayed in the picture. The charismatic ape reflects quite well how similar they are to us. However, the naming of zoo housed apes also caused us trouble. We sequenced an individual named Pongo, as the father in an orangutan trio, however, analysing the data, this individual turned out to be a bonobo. Backtracking the sample, there was indeed also a bonobo named Pongo (the genus name for orangutan). In one of the gorilla families the individual we had been told was the father turned out to be only half as related to the child as expected. So we had to go back and look at which other males were in the same enclosure at the time of conception and we found that the only possible father was the 12 year old son of the expected father. Sequencing of that individual confirmed that he was the real father. This was as much a surprise to us as it was to the zoo that house the gorilla father and son. This paternity issue together with the orangutan sample mix up delayed our study significantly. 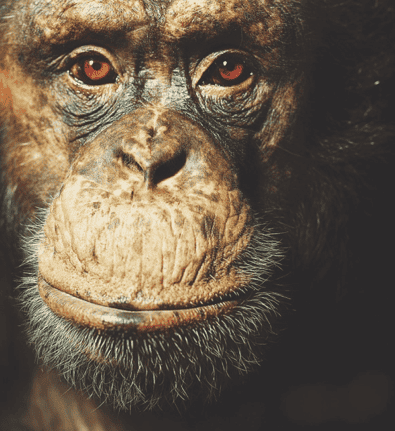 Carl, the alpha-male chimpanzee from Copenhagen Zoo, and a participant in our study Foto: Zoologisk Have København, David Trood

From our sequencing data, supplemented with sequence data from a previous study of chimpanzees, we estimated yearly mutation rates in chimpanzees, gorillas and orangutans, separately, and found that in each of these, the mutation rate per year is about 50% higher than in humans. The variances in our estimates are large but overall significantly larger than in humans. It is therefore most parsimonious to assume that the human yearly mutation rate has recently decreased and that our estimated mutation rates in other great apes are more representative of the mutation rates back in time. If we use our new rates we find that the human chimpanzee speciation time is now at 6.6 million years ago, which correlates well with what we know from fossil evidence.

The mutation rate is of great importance when looking at the past, where the rate directly impacts the timing of events. Thus, using the accurate mutation rate is key to any interpretation of the timing of events and any correlations you may want to do. We know that the population sizes of the great apes have fluctuated and the new mutation rate allows us to perform more accurate estimates of past population sizes and correlate it to other factors such as climatic changes. This is very relevant and of great importance when we look at the current fate and threats to great apes, exacerbated by the projected climate changes. 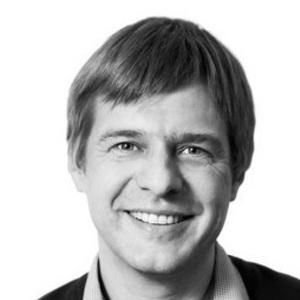