Data on woodland- vs. grassland dominated ecosystems, soil temperature, aridity and the diet of Homo and Paranthropus show that these early hominins were adapted to C3 resources in wooded savanna ecosystems in relatively cool and wet climates in the Malawi Rift.

Our article published in Proceedings of the National Academy of Sciences is the first multi-proxy study that links reconstructed dietary behavior of early hominins to data on the evolution of woodland vs. grassland ecosystems, aridity and (soil) temperatures during the early Pleistocene in the Malawi Rift.

Understanding the development of African savanna biomes is crucial for reconstructing the evolution, migration and dietary behavior of early hominins. Hence, many geochemical studies focus on the famous hominin localities in Ethiopia, Kenya, Tanzania and South Africa. In general, current models relate the evolution of early hominin fauna either to constant or step-like changes in climate, or to high amplitude paleoclimate variability. These paleoenvironmental reconstructions of the northern part of the East African Rift generally show that tree cover in these savannas decreased since ca. 2.5 Ma ago, which resulted in the open grassland plains present today.

However, the Chiwondo Beds of the Karonga Basin in the Malawi Rift has received little attention in discussions about early hominins and their adaption to their environment. Here, Plio-Pleistocene fluviolacustrine deposits are exposed at the northwestern shore of Lake Malawi, between the town of Karonga and the little fishing village Chitengo. The sediments yielded Early Pleistocene Homo and Paranthropus specimens, which makes it the only rift valley hominin site located in today’s Miombo Woodlands, whereas all other rift valley sites are situated in the Somali-Masai semi-desert grasslands and scrublands.

The Karonga Basin fossils document the earliest evidence of co-existence of Homo and Paranthropus, and show that early hominins not only lived in the open grasslands of eastern Africa, but could also be found in the savannas in the southern part of the rift, which are (still) wooded today. Therefore, two major questions arise: 1) How did the evolution of the hominin-inhabited woodland savannas in Malawi differ from the well-studied open grassland habitats further north, and 2) how did hominins in these different ecosystems adapt to the diverse resources they were exposed to during the Early Pleistocene?

Right at the beginning of my PhD, I started dreaming of performing geochemical analyses on the hominins from Malawi to reconstruct their diet, similar to previous studies on eastern and southern African hominins. However, because the method involves drilling holes into teeth to sample their enamel, no one was particularly keen of letting me get even close to the precious Karonga Basin hominin fossils. Especially since there are only three of them: a maxillary fragment of Paranthropus boisei, a mandible of Homo rudolfensis, and one isolated tooth of the latter, all dating to roughly 2.4 Ma. So instead, we first addressed the reconstruction of the paleohabitat by analyzing some of the numerous teeth of pre-historic horses, antelopes and pigs.

Serving as a framework for our new PNAS paper, we reconstructed the Plio-Pleistocene long-term environmental patterns of the region. These studies are based on stable isotope data of the afore mentioned herbivores, and pedogenic carbonates that we collected during several field seasons (Lüdecke et al., 2016a and 2016b).

Based on stable carbon isotope data, we conclude that during the past 4.3 Myr, the landscape of northern Malawi was characterized by plants using the C3 photosynthetic pathway, thus woodland vegetation such as trees and bushes. Complementing oxygen isotope data suggest that the climatic conditions in the study area have undergone only minor changes since the Pliocene: a habitat with a rather well-balanced water household with a limited impact of evaporation effects was present. However, the carbon isotope values of migrating mammals indicate that the landscape around Lake Malawi was not homogeneously covered, but rather mosaic-like with some open grasslands in the hinterland.

Our work therefore documents relatively constant paleoecological conditions with predominately wooded savannas in the southern part of the East African Rift System, which have prevailed for at least four million years and are still present today!

It appears that in regard to their habitat choice, Homo rudolfensis and Paranthropus boisei were more flexible than previously believed. The conditions in the Malawi Rift were entirely different from those in areas farther north in the East African Rift System, which are dominated by open grass savannas (African savanna grasses use the C4 photosynthetic pathway) for at least the last 2 Myr. However, the question of how our early ancestors adapted to these diverse environments remained. Would e.g., Paranthropus boisei, a C4-specialist in the grasslands of East Africa, possibly migrate to the sparse open grasslands in the hinterland of the Karonga Basin in the search for food?

After laying this paleoenvironmental groundwork, I was finally given the opportunity to perform geochemical analyses on all three Karonga Basin hominin fossils. The sampling was a big event, with some of my collaborators hovering over my shoulder while I drilled small holes in the tooth enamel under a microscope. A Senckenberg photographer even documented the progress. Homo rudolfensis mandible UR-911 proofed to be especially difficult to sample, as it has fairly thin enamel and it is covered by a hard iron crust. Also, I had to drill the inside of a small cusp which broke off a molar, so no one would notice the hole when on display. After working a complete afternoon with shaking hands, it was finally done: we produced sufficient tooth enamel powder of 2.4-million-year-old hominin teeth!

To remove diagenetic and organic carbonate, the samples were pretreated, another nerve-wrecking task, always knowing that, if something goes wrong, we would not have another shot at this study. When the samples were finally ready for stable isotope analyses, we carefully tweaked and tuned the mass spectrometer, checking several times that it was running steady and finally loaded the hominin samples. Measurements take several hours and are usually performed independently over night. However, this time I stayed in the lab, staring at the screens, one hand hovering near the emergency stop button to save at least the rest of the samples in case something went wrong. Our relief was great when everything went smoothly and we had first data on southern rift hominin dietary behavior.

The results proved to be exciting: Both, Homo rudolfensis and Paranthropus boisei integrated a large fraction of woodland plants, such as sedges or trees and their leaves and fruits, into their diet. Our findings contrast with the reconstructed diet of contemporary Paranthropus aethiopicus or later (<2 Myr) Paranthropus boisei, which lived farther north in the rift and had a large quantity of open grassland plants in their diets.

To get an even more accurate idea about the paleohabitat of the Early Pleistocene Karonga Basin, we performed clumped isotope analysis (a measure of temperature) on fossil soil carbonates. To reconstruct variations in shade and soil temperature as result of different degrees of woody cover, we recorded soil temperatures once every hour over the course of a full year at different positions (full sun, semi-shade and full shade) and related them to modern air temperature, sunlight hours, and amount of precipitation. Results show that soil temperature reflects primarily solar radiation – and hence shade – and is only secondarily influenced by air temperature in the usually warm eastern African climate. Clumped isotope temperature data from the Karonga Basin show – compared to e.g., the Pleistocene Turkana Basin – relatively low soil temperatures and thus complements the reconstruction of dense vegetation during the time of early hominin evolution.

In summary, our results suggest that as early as 2.4 Ma ago, Homo and Paranthropus lived in a mosaic woodland environment with limited patches of open grasslands. Both hominin genera had already developed into dietary generalists and could therefore cope with a wide range of paleohabitats, which clearly demonstrates high behavioral flexibility of hominins in the African Early Pleistocene. 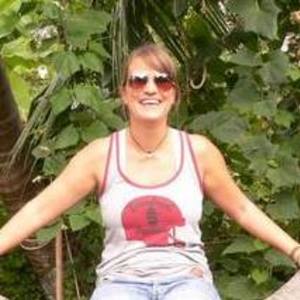