From Darién with love

As long as I can remember I have been drawn to remote places and in particular towards tropical rainforests with their mind-blowing diversity in biological forms and functions. So, when the opportunity came along to visit the Darién Gap, the last stretch of primary rainforest separating Central- and South-America, I literally jumped the boat. Surprisingly, the adventurous trip told me mostly something about our own habitats and how city life can radically alter ecological interactions and their impact on animal's love lives.

If you study Túngara frogs (Physalaemus pustulosus) in Gamboa, a small town in Central Panama bordering the Canal, you just have to step out of your colonial style house and locate the source of a sound that could be best compared to the tunes made by some 90’s computer game. On most nights multiple males gather and call out from the gutters underneath the houses to attract females. For biologists this is great, as one can easily collect some males, or pairs and walk over to our acoustic lab, a few hundred meters away, to run behavioral trials. For other residents it is less great, as these mating choruses are usually very loud.

It took 48 hours of travelling by plane, minivan, boat and foot to get to the Pirre base-station of Darién National Parque. Bringing enough food and water on horseback me and an old-time birding friend were all set for our camping trip in search of wildlife.

Much to my surprise, we did not find or hear any Túngara frogs on the first nights. Quite a surprise, as they are usually hard to miss, also in more forested areas surrounding Gamboa. So, on the fourth night I set out to a promising looking collection of puddles, turned off my headlamps and waited with my microphone in hand. After about fifteen minutes, I heard a faint tun sound, the first part of the call that all calling males start with. Another male joined, also quietly, but after some calling back and forth the two males decided to up their game. They became louder, called more often and in particular started adding elements known as chucks to their call (which is why they’re called tun-ga-ra). But as soon as I turned on my headlamp they both went dead silent and dived to the bottom of the puddle frightened by my presence.

Years of running behavioural choice tests have taught me and my collaborators at the Smithsonian Tropical Research Institute that males that make more chucks, thus call more complex, are more preferred by females. So why not call out as much as you can? Well, females are not the only one paying attention to a male’s love song, as predatory bats and parasitic midge have also been shown to use a male’s call to locate their next meal, and, also prefer to attack complex calling males over simpler ones.

To me, the frogs in the Darien did not behave at all like a Túngara frog. It almost felt as if I was watching a different species. Until it daunted on me that the frogs from Gamboa, my home town, so to speak, were the odd ones out.

The next year we decided to bring a team of excellent students to replicate my anecdotal observation. Instead of one location and two frogs we studied eleven urban and eleven forest sites, recorded up to a hundred calling males in the field and carried out playbacks to assess the selection pressures males experience in the two habitat types. The nice thing of working with many different researchers at the Smithsonian is that you can tackle the same question from all sorts of angels, using all sorts of techniques developed by your colleagues.

As you can read in our paper, we found that urban males call more often and more complex than males in the forest and these differences are related to lower parasitism and no risk of predation in cities.

We also found that urban males are easier to approach and it therefore seems that urban males simply can and do take more risk. But does it also pay off to be risky by calling more complex? When we asked the female frogs they confirmed that the urban phenotype is more attractive than the forest phenotype, suggesting that the observed differences in behavior between urban and forest frogs reflects and adaptive shift.

After a first round of field work, we decided to make a start with some of the obvious next questions, such as whether these differences are environmentally induced, related to genetic differences or both. Research in Panama requires to be creative and work with what you can get. Which meant we had to buy kids pools to build a mesocosm setup where we could translocate urban frogs to the forest and vice versa. Recording males in their new environments showed that urban frogs can almost instantly change their calling to match the forest requirements, but that forest frogs do not match up with the urban frogs when placed in an urban environment.

See also the video abstract of our paper 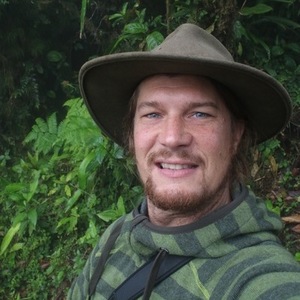