The evolution of a new sex chromosome in swordtail fish

The diversity of sex determination systems is remarkable among vertebrates, in particular fishes, however, little is known about the evolutionary causes and genomic mechanisms underlying this variation. Here we show that 30 years of experimental hybridisation resulted in a heterologous transition and the formation of a new sex chromosome in swordtail fish.

Back in the 1920s it was discovered that hybrids between the southern platyfish Xiphophorus maculatus and the green swordtail Xiphophorus hellerii develop melanoma (Gordon 1927; Häussler 1928; Kosswig 1928). Since then, the genus Xiphophorus (swordtails and platyfish, predominantly occurring naturally in Mexico) has been used as a key model system in both cancer research, and for studying the evolutionary genetics of hybridisation.

The story behind this paper began more than 30 years ago when Manfred Schartl from the University of Würzburg in Germany started a selection experiment to generate an isogenic line, where a melanoma-inducing gene from the Southern platyfish genome was isolated in the genome of the swordtail. In such a line the melanoma gene would act independently from trans-acting factors that had co-evolved in the platyfish and down-modulated its deleterious effects in the natural wild populations. To produce such a line, hybrids of platyfish and swordtails were produced and then backcrossed again and again to the swordtail parent. As the melanoma gene is closely linked to a red pigmentation locus and located on the X-chromosome, in each generation a red coloured female with the melanoma phenotype was mated to a wild type pigmented swordtail male. Indeed, in the experimentally selected line all females exhibited a uniform melanocyte hyperprolifertion phenotype and provided useful material for the cancer projects in the lab.

Axel Meyer and Manfred Schartl published their first joint paper in 1994 showing that at least one species of the genus Xiphophorus, X. clemenciae, is of hybrid origin (Meyer, Morrissey and Schartl 1994). Later, Jiyoung Kang, a Ph.D. student in the Meyer lab, uncovered the hybrid origin of another swordtail fish, X. monticolus, and demonstrated that the sexually selected sword originated in the ancestral lineage of the genus, but was lost again secondarily (Kang et al. 2013). More generally, in the current molecular and genomics era there has been a resurgence of studies investigating the role of hybridisation in the evolution of new Xiphophorus species.

A few decades later, new sequencing technologies have made it possible to screen the whole genome of several samples that resulted from the experimental crosses. Our hybridisation experiment provided an unprecedented opportunity for investigating the genomic consequences of known hybrid ancestry and timing, and specifically the consequences of sex chromosome evolution. To address these questions using genome-wide data, Manfred Schartl established a collaboration with Axel Meyer, Julia Jones, and myself in Konstanz.  Julia and I were fascinated by this hybridisation work that had begun when we were kids, and that provided an exciting fortuitous resource for the logical next step in work we had already conducted on hybridisation in natural Xiphophorus populations (Jones et al. 2013). The project was aided by access to, what was at the time, the unpublished genome of the swordtail provided by Wesley Warren and Ronald Walter. Our team was also joined by Susanne Kneitz and Peiwen Xiong, researchers with a wealth of experience in data analysis, and by Zachariah Gompert, a leading expert in the field of evolutionary genetics.

The RAD dataset of the laboratory cross was quickly generated and data analysis began. Given that we selected for a pigmentation phenotype and that the genes underlying it are closely linked to the sex determining regions of X. maculatus (the maternal lineage), we expected to observe an enrichment of maternal loci on chromosome 21 (the sex chromosome of X. maculatus). Surprisingly, after more than 100 generations, instead we found the retention of an unexpectedly large maternally derived genomic region on chromosome 2. This was an unpredicted outcome, so before determining the biological meaning of the retention of the large genomic region, we carried out analyses to exclude any possible technical artefacts. We also conducted more RAD sequencing to determine the sex determination mechanism of the specific strain of X. hellerii that was used as the paternal lineage in the cross. Our analysis clearly showed that its sex determination system is ZW, opposing the XY system of the X. maculatus strain.

With any technical issues excluded, and the sex chromosomes in both parental species clearly identified, we hypothesized that the mechanism likely contributing to the generation of this genomic pattern was a translocation event accompanied by recombination suppression. The retained genomic block originates from the X chromosome of X. maculatus, and thus the genomic consequences of hybridisation followed by repeated backcrossing with a ZW species led to the formation of a new sex chromosome (a W chromosome). Our observation that the sex-determining region of the X was translocated to an autosome provides the first empirical evidence of a heterologous transition.

Gordon M (1927) The genetics of a viviparous top-minnow Platypoecilus; the inheritance of two kinds of melanophores. Genetics 12, 253–283.

Kang JH, Schartl M, Walter BR, Meyer A (2013) Comprehensive phylogenetic analysis of all species of swordtails and platies (Pisces: Genus Xiphophorus) uncovers a hybrid origin of a swordtail fish, Xiphophorus monticolus, and demonstrates that the sexually selected sword originated in the ancestral lineage of the genus, but was lost again secondarily. BMC Evolutionary Biology 13, 25. 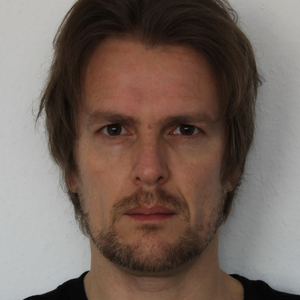