What can we learn from a jellyfish genome?

Jellyfish are unusual creatures. They are one of the few invertebrates recognized and loved by the public, but they are such poor swimmers that aquariums have to house them in special tanks. They have no brain or central nervous system, but have surprisingly complex sensory structures (some even have full-blown eyes). They are one of the oldest lineages of animal life, but are adapted to feed on other animals (which begs the question, what did the earliest jellyfish eat?)

I started working on the genome of the moon jellyfish Aurelia back when I was a graduate student at UCLA. What initially began as a collaboration with Takeo Katsuki and Ralph Greenspan at UC San Diego expanded into a massive undertaking that ultimately included ten authors from seven institutions. It took about six years to get from the first DNA reads to the genome’s publication—I changed affiliations three times while trying to get it done!

Part of the reason it took so long is that the moon jellyfish is not closely related to anything with a published genome. Jellyfish like Aurelia are part of the animal phylum Cnidaria, which also includes sea anemones, corals, and hydroids. Representative genomes exist from these other groups, but the closest relative to Aurelia—the hydroid Hydra—shares a last common ancestor that is more than 500 million years old. That’s like trying to put together the human genome using the fruit fly genome as a reference. Despite the difficulty, we knew it was going to be a worthwhile study, because Aurelia has something special that no other cnidarian with a sequenced genome has—a complex life cycle with a swimming (a.k.a. medusa) life stage.

The goal of our project was to determine what changes at the genomic level allowed jellyfish to leave their stationary cousins behind and take off for the open ocean. My original expectation was that the genes unique to jellyfish were going to be over-represented in the medusa life stage. But based on our new study, which came out this week in Nature Ecology and Evolution, this does not appear to be case. Our analyses suggest that the medusa life stage is just as likely to utilize old genes as new ones, and many of the gene pathways important to patterning fruit flies and humans are also used in the medusa. As we dig into the genome of Aurelia in more detail, I am sure we will find genes and features that help explain its derived life history (some previous studies have already found some interesting candidates), but at this point the most surprising thing about the genome is how unsurprising it is.

How should we interpret the results of this paper? One possibility is that it didn’t take much change (at a genome-wide level at least) for cnidarians to add a medusa stage to their life cycle. This suggests that early animals could radically change their ecology—moving from a bottom-dweller to a swimming carnivore—without major innovations at the genetic level. A second (but more controversial) possibility is that the first cnidarians already had a complex life cycle that included a medusa stage. If that is the case, then swimming, carnivorous animals are much older than we originally thought. It raises the question of how these kinds of animals survived in early oceans, which were low in oxygen and lacked the kind of prey that jellyfish snack on today. Fortunately, more data is just on the horizon; a preprint for the genome of the jellyfish Clytia has been published in Biorxiv, and a genome for the upside-down jellyfish Cassiopea is in the works. These genomes will collectively help tell the tale of how these unusual animals evolved and thrived over half billion years of Earth history. 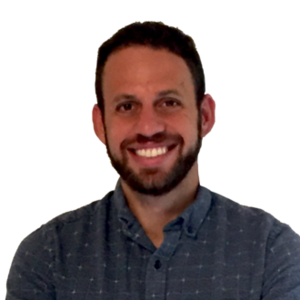