How many times did modern humans mate with Neandertals?

As a community of scientists, we are trying to understand the nature of the interaction between our species and Neanderthals. Both species were in contact for approximately 10,000 years, but previously we had thought admixture only occurred very early, and then never again for thousands of years. In our paper, we find evidence of later, smaller, admixture events.

Neandertals have captured the popular imagination since a fossil found in the Neander Valley of Germany in 1856 was recognized as a distinct species of human. What makes them so appealing is how close they are to our species in terms of appearance, behavior, – and recently – genetics. Decoding the Neandertal genome confirmed how similar Neandertals were to our own species at the molecular level, but it also revealed that most living humans of non-African descent are carrying small portions of the Neandertal genome today. This is uncontroversial evidence that our species not only interacted with Neandertals, but also interbred with them.

Of course, the immediate question that pops to mind is, ‘how often did our species interbred with Neandertals?’ Earlier evidence suggested that there was only one episode of interbreeding, perhaps as early as the first modern humans left Africa. This hypothesis is supported by the fact that all non-Africans harbor the same amount of Neandertal ancestry (approximately 2%), as would be expected if interbreeding occurred with the ancestor of all non-Africans. Moreover, because recombination breaks Neandertal fragments into smaller and smaller bits over time, the length of Neandertal genome fragments supports an interbreeding event that occurred longer ago than Eurasians diverged.

However, one piece of information does not fit this hypothesis: close inspection of the data shows that individuals living in East Asia today have elevated Neandertal ancestry compared to modern Europeans. The difference is small, only between 0.24% and 0.40% of their genomes, but it’s enough to be useful, because to us it suggests that the interaction of humans and Neandertals was more complex than a single episode of interbreeding in the Middle East more than 50 thousand years ago.

The idea of studying how the pattern of Neanderthal genome fragments is different between individuals from East Asia and Europe simmered in Josh Schraiber’s head since the time he was a postdoc with Joshua Akey. When it came time to address it, we decided on a two-pronged approach: we constructed both a mathematical and a computer model to explain how Neandertal DNA would be shared across human genomes under different numbers of human-Neandertal interbreeding events. We also explored an idea called European ‘dilution’. Under the dilution model, some non-African groups did not admix with Neandertals, and later those groups contributed to modern European ancestry, thereby ‘diluting’ European Neandertal ancestry.

We looked both at Europeans and East Asians on their own – through a pen-and-paper mathematical model – and also in combination – through a simulation model –, and found strong support for modern humans interbreeding with Neandertals multiple times, first and foremost in the Middle East, but also later in both East Asia and Europe. The secondary admixture in East Asia was ever so slightly more extensive, resulting in the elevated contribution to the genomes of living East Asian individuals we see today. However, we cannot rule out dilution, and other lines of evidence suggesting that dilution played at least some role in shaping the distribution of Neandertal ancestry in present-day non-Africans.

This line of research opens numerous other questions for which we don’t have adequate answers yet. For example, why did later contact between the two species only result in such a small contribution of ancestry? Were encounters simply rarer then, due to the slow decline of Neandertals leading to their extinction? Or were both species less inclined to interbreed later in history? Recent research on natural selection of Neandertal genes suggests that Neandertal-human hybrids experienced increased negative selection pressure. Could this selective pressure have gotten more extreme as environmental conditions were changing and making survival of both Neandertals and hybrids more difficult later in time?

Our paper on the number of interbreeding episodes between modern humans and Neandertals can be found here. 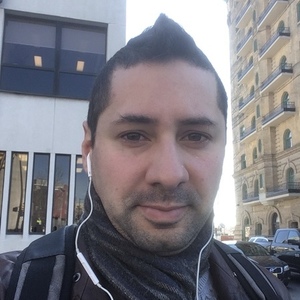 I am a molecular anthropologist with interests in population geneticist and computational biology. In particular, I develop conceptual models based on population genetics theory. I use high-power computing to realize those models through simulation and compare them against empirical data using modern approaches such as approximate Bayesian computation and machine learning to answer questions about evolution.
Follow

Terrific! I'm wondering what the effect would be with a population of modern humans with less Neandertal DNA breeding with another population with more Neandetal DNA. Would this, under certain circumstances, appear similar to introgression with Neantertal DNA at different time periods?