To gain insight into the evolution of ectomycorrhizal symbiosis, as well as truffle lifestyle, within the Pezizomycetes, we sequenced symbiotic truffle-forming species and compared their genomes to saprotrophic fungal species.

Our paper ‘Pezizomycetes genomes reveal the molecular basis of ectomycorrhizal truffle lifestyle' can be found here.

By this early morning of December, a mist hung over the Meuse valley in Northeastern France, the dampness seeping through our clothes and chilling us to the bone. It was a very chilly day to roam through the experimental truffle orchard, a truffière, in the small village of Boncourt-sur-Meuse, so cold that even the remaining leaves on haselnut trees, stripped nearly bare by the icy northern winds, were shivering. But the Black Truffle of Périgord (Tuber melanosporum) and the Burgundy Truffle (Tuber aestivum) are only in season through the coldest months. They have a symbiotic relationship with specific types of trees, such as oak and hazel, growing underground near their host, where they differentiate tiny fruiting body embryo during late Spring. The tiny tubers will then grow slowly during Summer, before maturing during late Fall reaching their final size. They are finicky, growing only in calcareous soils when conditions are exactly right.

We were wandering through the truffle orchard in search of fresh truffles for our genome sequencing project. Because truffles grow a few inches underground, they’re impervious to environmental extremes, such as drought and frost. But that also makes them hard to detect. Finding sporadic truffles is a challenge and not guaranteed. So truffle hunters use dogs to find the elusive tubers. The truffle dog of the truffière manager, a female named Biloba, was on the move through the orchard. The Lagotto Romagnolo is bred primarily as a truffle-searching dog and this one was very, very talented at sniffing volatile organic compounds (VOC) released by inconspicuous truffles. Once Biloba has zeroed in on a possible truffle, her tail would start wagging. Then, she would show us where the spot was and would start digging. The exhilarating experience of finding truffles is hard to describe!

In the meantime, Paola Bonfante’s group from the University of Torino roamed through Montemagno (Piedmont) truffle orchards to harvest fruiting bodies of the famous tartufo bianco, the Piedmont white truffle (Tuber magnatum). White truffles are the most expensive and sought-after culinary delicacies in the world. There is something magical about the soil, the climate, elevation, and general conditions in the Langhe region around Alba that make it one of the rare places in the world, with the Balkans, where white truffles will flourish.

Although a few of the pungent truffles, unearthed by this cold days, were shaved over simple dishes like pasta and risottos, most of them were diligently directed to the lab for DNA and RNA extractions. DNA fingerprinting was used to assess their genetic makeup and relationships between individuals and Illumina sequencing for transcript profiling of biochemical pathways involved in VOC synthesis, but also the secrete sex life of truffles. The most beautiful specimens donated their body to science and were sacrified to extract the high quality DNA needed for genome sequencing.

The genome sequence of the Black Truffle of Périgord (Tuber melanosporum) that we published in Nature in 2010 was the first for a symbiotic ascomycete and truffle, and offered insights into symbiont-host interactions, but also VOC synthesis. With the genomes of Piedmont white truffle (Tuber magnatum), Burgundy truffle (Tuber aestivum), pig truffle (Choiromyces venosus) and desert truffle (Terfezia boudieri) now available, how has our understanding of truffle lifestyle and ectomycorrhizal symbiosis improved over the last decade?

We have learned from the genomes of T. melanosporum and the ectomycorrhizal basidiomycete Laccaria bicolorthat the ectomycorrhizal symbiosis evolved by the massive loss of genes involved in plant cell wall degradation (CAZymes) and de novo innovation of symbiosis-related proteins, such as the mycorrhiza-induced small secreted proteins (MiSSPs) controlling the host plant immunity. Then, we confirmed that these evolutionary patterns were also operative in many clades of ECM throughout the Basidiomycota (Kohler et al., 2015). Most importantly, we showed that ectomycorrhizal species derived from their saprotrophic ancestors. In the present study, we showed that the loss of genes involved in lignocellulose/plant cell wall degradation and a higher evolution rate of symbiosis-related orphan genes have shaped the genome of all species of sequenced truffles in the Pezizomycetes, one of the basal clade of ectomycorrhizal Ascomycota. This means that similar evolutionary mechanisms have independently driven symbiosis in Ascomycota and Basidiomycota. We also showed that developmental and metabolic pathways expressed in ectomycorrhizal roots of the white (T. magnatum) and black (T. melanosporum) truffles are unexpectedly very similar, owing to the fact that they diverged ~100 Mya. Unexpectedly, transcript profiling of fruiting bodies showed that VOC produced by the truffles are related to their distinct odors, and may be associated with the microbial communities for each species.

To celebrate the release of the Tuber magnatum genome and discuss our main findings, we convened in the city of Alba in Langhe (Piedmont) during during the famous Fiera Internazionale del Tartufo Bianco d'Alba in October. After intense scientific discussions on the genomic features of the truffles, we enjoyed truffle-accented Albese dishes, such as fonduta(a raclette of melted fontina cheese, egg yellows and shaved truffle) and gelato al tartufo (a plain cream ice cream with truffle) that we worried we would begin to despise the tartufo bianco. 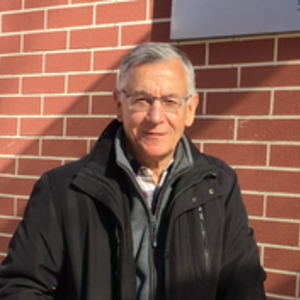