Large marine mammals, such as baleen whales, are among the largest species to inhabit our planet. However, because of their aquatic, and somewhat veiled existence, we know relatively little regarding how they accumulate or respond to exposures. Why is this important? Because these large mammals are considered sentinels of the marine environment, with their composition or behavior essentially mirroring their surroundings. If it’s too noisy, they move. Too contaminated, increased chemicals are reflected in their blubber. Unfortunately, obtaining samples is very costly and only provides a relatively short time stamp. Our study published this week in Nature Communications (DOI: 10.1038/s41467-018-07044-w) focuses using whale earplugs as a means to reconstruct chemical profiles over entire lifespans of baleen whales.

My colleague and I, Sascha Usenko, both entered Baylor University in 2008. I am a comparative physiologist, working primarily on pinniped fatty acids, whereas Sascha is an environmental chemist with a background in sediment core contaminants. A few years ago, while walking together for our daily caffeine infusion, Sascha asked me “how does one age a whale?”. This wasn’t out of the blue, for he had a graduate student analyzing whale blubber samples for contaminants. A fair question. I explained the few different ways in which researchers estimate the age of whales; size, eye lens racemization, uterine scars and earplugs. “Earplugs?” Whalers seemed to have used them to age whales because they are laid down in layers, think tree rings. Sascha, who previously worked in Alaska on sediment contaminants replied, “sort of like sediment cores?” That modest interaction spawned the idea of trying to determine if chemicals are archived in distinct layers within the whale earplug. A colleague (Amy Hirons) put us in touch with Charley Potter at the Smithsonian Museum of Natural History. Of course the museum had collected whale earplugs, why wouldn’t they? They had hundreds and hundreds of them. After receiving an earplug with which develop the methodology and test our idea, we determined 1) GC mass-specs do not like wax and 2) chemicals are indeed archived.

After our proof of concept paper in 2013, we have worked with several museums as well as stranding networks to acquire many dozens of earplugs. It may not sound like a huge sample size, but each layer within the earplug represents a six-month mean chemical signature. Imagine collecting a blubber sample from a free-ranging whale every six months throughout its life. Impossible. Thus far, we have been able to identify a myriad of chemicals within earplugs including hormones (e.g. reproductive and stress) as well as a suite of other measurements measured simultaneously (contaminants, stable isotopes) to provide a timeline of stress/stressor interactions. The paper highlighted here shows the relationship between whaling and whale stress during the 20th century. Think survivor stress.

Our goal is to establish historical chemical trajectories for several species of baleen whales. These trajectories are interesting because, as known in mammalian physiology, there is individual responses to specific stressors and with enough earplugs we will be able to assess species, ocean, basin, and sex/age differences. Think ocean health. 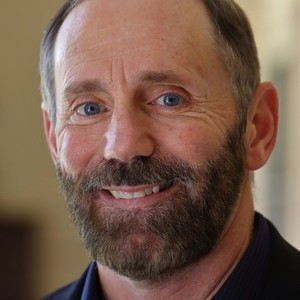