The brainy origin of superorganismal development

The ants originated from a single cretaceous ancestor that evolved permanent queen and worker castes. This irreversible transition in colonial complexity must somehow have reflected innovative regulation and differential expression of genes in the ancestral ant brains. It is now becoming possible to reconstruct that ancestral gene regulation network via cross-species transcriptomic comparison.

The development of an ant colony is a higher-level analogy of the ontogeny of a tree. The life-time inseminated founding queen and her fat reserves are comparable to a germinating seed with endosperm; the first cohorts of sterile workers are reminiscent of a seedling whose only purpose is to survive in competition with neighboring seedlings; the first episode of producing dispersing queen and male reproductives resembles a larger tree that flowers for the first time to set seeds -- a perennial cycle that will periodically repeat itself until death. This striking analogy inspired William Morton Wheeler to define an ant colony as a superorganism with a Weismannian germ-line and somatic ‘support tissues’ in the form of workers and sometimes soldiers.

Because ants are animals, every somatic cell analogue is endowed with six legs and a brain so the sterile workers move around freely rather than being fixed in permanent tissues and organs. This does not affect the integrity of their ‘colony bodies’, which maintain efficient self-non-self discrimination against ants from other colonies, parasites and pathogens. Collective social immune defenses of ant colonies are so efficient that epidemic diseases wiping out one colony after another are unknown. This record surpasses human achievement and is one of the main reasons for invasive pest ants being almost impossible to control.

Developmental biology of animals and plants are well established research fields, but the study of colonial development in superorganismal lineages is in its infancy. Wheeler hypothesized that higher-level analogies with organismal ontogeny would likely exist, not only across the ants but also in bees, wasps and termites that convergently evolved superorganismal colonies. However, studying the development of colonial organization was hardly feasible until modern genomic and imaging technology became available. The ants being among the few insect families with a substantial number of sequenced genomes made us decide to embark on a comparative study of the transcriptomic underpinning of 'germ-line-soma' differentiation in superorganisms.

For our paper https://www.nature.com/articles/s41559-018-0689-x, we set out to address what is possibly the most fundamental question to ask: what gene regulation networks were involved when the single common ancestor of all ca. 15,000 extant ants evolved segregated developmental pathways that would produce queens and workers? Answering that question is hideously complex because new genes and regulatory connections evolved later on when the ants diversified in subfamilies and genera. When that happened they would likely have replaced much of the ancestral gene regulatory network. We also felt we should focus on a single organ, the ant brain, because that organ is surely homologous across all ant species and known to control caste-specific behavior.

We had just about enough genomes available to develop a series of normalization procedures to arrive at a first reconstruction of the ancestral gene regulation network that made the ants superorganismal, and to do validation tests using genomes of some ants that secondary lost the queen caste and of other social insect lineages that either evolved permanent castes or not. Showing that such reconstructions can be done is gratifying, because it confirmed a specific analogy with animal development, where organs tend to have their own set of differentially expressed genes across genera and families. However, we realize that our results are mostly a proof of concept study and that many details will be added when more ant genomes become available in the coming years. 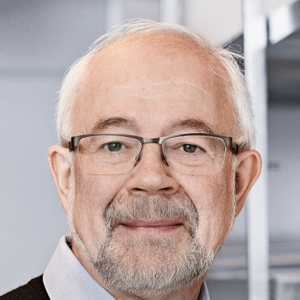