Whether biodiversity increases or decreases ecosystem stability is a long-standing question in Ecology. We performed an experiment that shows species richness can simultaneously increase and decrease ecological stability and that joint consideration of multiple stability components, akin to ecosystem multifunctionality, provides new insights. This post describes how this experiment came about. (Photo: F. Altermatt)

Ecological research can be a lonely endeavor. Long hours are spent in the lab and field collecting precious data by tediously counting and measuring individuals and species. Since my PhD I work with microcosms, a neat experimental system for questions in ecology and evolution, where small organisms such as ciliates are grown in small communities of interacting species. Given short generation times and small size, time series data spanning hundreds to thousands of generations can be gathered within weeks. While these are pretty nice features, sampling involves hours of sitting at the microscope in the lab. How much more fun would it be to work in a team, sharing the burden of long sampling days but also the joys of listening to music, chat about science, joint meals in between sampling and celebrating the end of data collection?

In 2014 I joined the group of Prof. Petchey at the University of Zurich as a postdoctoral researcher. In the group, microcosms are an essential research tool to improve ecological understanding and testing of ecological theory. We closely collaborate with the group of Prof. Altermatt at University of Zurich and Eawag, which shares similar research interests. During one of our joint lab meetings, we started to think about an ecological question, too large for a single person or even group to address experimentally, but feasible when our groups joined forces. We soon came to think about the joint effects of temperature and diversity on ecological stability. Ecological stability is commonly quantified as resistance to environmental change or the temporal stability (i.e. less fluctuating biomass indicates higher stability). We used a factorial design which included a temperature gradient of 10 degrees and a richness gradient from one to six competing species of ciliates. As we wanted to disentangle richness and composition effects, we had different species compositions within each richness level. This resulted in a total of 690 microcosms which we sampled regularly over 40 days, probably one of the largest ciliate microcosm experiments ever run. But how to deal with such a large experimental design, especially as not everyone in the two groups worked with microcosms before and hence would know to tell the different ciliate species apart? We solved this problem with a novel video-based sampling of the microbial communities and subsequent identification of species with machine learning in the more than 18,000 videos collected.

What did we find? When looking at two diversity-stability relationships simultaneously, temporal stability increased with richness, whereas resistance decreased, i.e. biodiversity increased and decreased ecological stability. While this outcome has been observed in other experimental systems such as grasslands and communities  of algae, and negative covariation is predicted by theoretical work, it may still puzzle ecologists at first. However, negative covariation has important consequences as it can lead to non-monotonic relationships between overall ecosystem stability (i.e. multiple stability components of an ecosystem, akin to ecosystem multifunctionality). We believe these findings should motivate increased caution when combining stability measures or ecosystem functions, and also may provide a point to better connect research on ecological stability with policy making.

Overall, a fun experience and personally also an inspiration how I want to do science in the future. Collaboration is the way to go, why not collaborate with other microcosm folks in a meta-experiment next time? 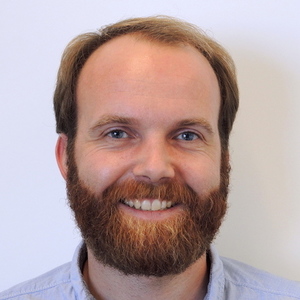