Coming to terms with complexity: Eco-evolutionary dynamics under more than one selection pressure

It took us five years to disentangle the complex interplay between ecology and evolution in an experimental system consisting of bacteria, ciliates and antibiotics

Next year it will be 160 years since the publication of On the Origin of Species. For a great deal of this time Darwinian evolution has been associated with long, geological time scales. Basic ecological processes have been thought to occur independently from such “evolutionary time scales,” even though evolutionary processes, by definition, are driven by ecological factors.

Recently, studies have increasingly begun to question the notion that ecological interactions and their interplay with the abiotic environment can be considered independently from evolutionary processes. Rapid evolutionary changes in focal species can transform whole food webs, which can, in turn, affect key aspects of the abiotic environment (e.g. light, oxygen or nutrient availability), together altering not only the ecology of the system but also the selection pressures faced by species. The emerging field of eco-evolutionary dynamics focuses on this complex interplay between ecology and evolution at the same time scale.

Eco-evolutionary dynamics have the potential to impact ecological systems as strongly as key ecological processes. But this is not known for sure, as it is difficult to demonstrate these dynamics in natural systems, although several cases have now been reported. In fact, the potential importance of eco-evolutionary dynamics would be unknown without laboratory studies using simple microbial systems. A pivotal study used rotifers and alga to demonstrate that the rapid evolution of anti-predatory defense in algal populations altered predator-prey cycles. This simple observation has a radical implication: the previous explanation for how the populations of predator and prey species alternate over time, maintaining ecosystem balance, might be untrue for many systems.

In our two highly collaborative research groups, one in Finland (PI: Teppo Hiltunen) and the other in Germany (PI: Lutz Becks), we have been especially keen to continue work with controlled experimental systems but to increase their complexity. A key argument for this approach is that many basic questions in eco-evolutionary dynamics are still untested. As stated above, showing eco-evolutionary dynamics in natural systems can be extremely difficult, let alone disentangling the precise ecological and population genetic factors accounting for the observed dynamics. This means that experiments are still needed to chart the basic features of eco-evolutionary dynamics to inform ongoing and future studies on natural systems. Furthermore, one of the biggest advantages of experiments with smaller communities is that we might have at least some idea about the traits that are important which is often not the case for large, more complex systems.

Our latest study in Nature Ecology and Evolution is a case in point why controlled experiments are still needed: Even with a two-species predator-prey (here, ciliate-bacteria) system including just one additional abiotic factor (here, a stressor represented by a low antibiotic concentration), understanding the eco-evolutionary dynamics at a mechanistic level can be very challenging. Just to give this a go, we performed an evolutionary experiment, a set of additional population and clone level experiments, and time-resolved whole-population analysis of genome wide evolution. Still, we did not end up with a complete picture of the dynamics.

We found that the evolution of anti-predatory defense in the prey species stabilized predator population size but that this was delayed in the presence of the abiotic stressor. This corresponded with a lack or delay in the evolution of resistance to the abiotic stressor. Therefore, the abiotic stressor had a big effect on the eco-evolutionary dynamics, weakening the evo-to-eco link. One might expect that this is caused by competition between (asexual) bacterial lineages possessing different adaptations, decreasing the rate and directionality of evolution under multiple selection pressures. Instead, the genomic investigation showed that different targets (genes or duplicated sites) were repeatedly mutated in the individual and combined treatments. The population genetics thus revealed complex mechanistic underpinnings for a seemingly sensible difference in dynamics. Perhaps a specific type of bacterial cell clumping or another adaptation is favored in the dual-stressor environment because of conferring a degree of resistance to both types of stressors? This could then direct the mutational path away from the optimal adaptations to the individual stressors. But we don’t really know this. And we put a heck of a lot of effort over five years into figuring these things out!

The fact that understanding even slightly complex experimental systems well is so difficult is a powerful justification for the need to continue trying. How else can we be able to understand the role of eco-evolutionary dynamics in much more complicated natural systems? 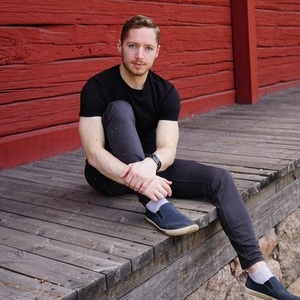