The Pacific oyster is the first oyster species farmed in the World. This species is affected by a panzootic disease affecting juveniles, which has remained incompletely understood. Using an integrative approach combining experimental infections in mesocosms and thorough molecular and cellular analysis, we deciphered the mechanisms underlying disease expression. We showed that the disease is caused by a multiple infection triggered by a herpesvirus that creates an immune-compromised state of oysters evolving towards subsequent bacteraemia by opportunistic bacterial pathogens.

Multifactorial diseases affecting pollinators, corals and oysters are of major concern for our societies. However, their complex etiologies make them difficult to understand despite significant research efforts. Some of these diseases are caused by a consortium of pathogens that cooperate to induce the disease. They are also often influenced by a series of interwoven evolutionary and ecological factors difficult to identify. Moreover, recapitulating the complexity of such diseases is experimentally challenging.

To face this challenge and unravel the events underpinning the disease of juvenile oysters, we brought together a group of scientists with complementary skills and positive spirit supported by laboratories holding outstanding experimental facilities.

Diseased oysters after exposure to the infectious environment

To retain the whole diversity of the players required for disease expression, we chose not to use simplified experimental pathosystems.  Instead, we used an experimental set-up that recapitulates the complexity of the pathosystem in the wild. Thanks to exceptional animal facilities and human ressources, we performed experimental infections in mesocosms on a series of 15 oyster biparental families susceptible or resistant to the disease. Oysters were exposed to the disease and regularly sampled to follow step by step the dynamics of the oyster holobiont (host and associated microbiota)

Reproducing the disease as it is contracted in the natural field was not trivial. First, oyster families were produced and maintained in bio-secured conditions until experimental infections were performed to ensure that they were free of pathogens. Next, a group oysters was exposed to the infectious environment to “catch” the disease in a farm located in Logonna-Daoulas (Britany, France). Then, these  oysters (“donors”) were transferred back to the laboratory for cohabitation experiments with “recipient” oysters that were sampled to monitor the dynamics of the disease. These complex experiments were performed in the ifremer facilities of Argenton.

The next challenge we faced was to identify and disentangle the role and relative weight of the multiple disease determinants. For that, we implemented a combination of omics approaches developed by the “host-pathogen-environment interactions” (IHPE) laboratory leading the project. These molecular approaches were coupled to histological analyses to monitor pathogen distribution and tissue damages in oysters. Altogether, these analysis revealed that the herpesvirus OsHV-1 virus causes an immune-compromized state of oysters that leads to fatal bacteremia.

Virus replication and subsequent bacteria colonization in oyster tissues during the infectious process.

We believe this new approach of diseases as a system provides an exceptionally well-adapted framework for studying factors governing the progression of infections. We propose that such integrative and holistic approaches could now be applied to a series of multifactorial diseases that affect non-model invertebrate species worldwide. 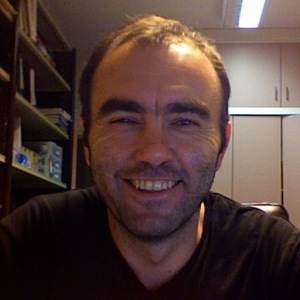 Professor, University of Perpignan Via Domitia