Flight of the dandelion

We explored how the structure of the common dandelion seed enables its impressive flight.

The paper in Nature is here: go.nature.com/2pX56jS

How could we study a structure that is neither microscopic nor macroscopic but sits at some kind of intermediate? The elegant pappus of the dandelion seed can be easily seen with the naked eye, but is a realm away from aeroplanes, boats and birds more commonly examined in fluid dynamics. Neither does it easily fit into the world of rotating cilia and flagella observed in single cells. This issue of scale posed the most challenging issue for our experimental design, but also turned out to underpin some of the most important features behind the dandelion’s flight mechanism.

Dandelion seeds are both incredibly familiar but also quite mysterious. Functionally, the pappus of the dandelion seems to act like a parachute, but the hairy design creates a structure full of empty space. A human would not feel very confident jumping out of a plane with 90% of their parachute missing, but for a dandelion this seems to work.

Because the pappus was very small for typical aerodynamic analyses, our early discussions centred on modelling: should we make a much larger scaled model of the whole structure? Or perhaps a model of just a single hair? Implicit in these discussions, was the question of which features of the dandelion seed were most important for its flight. Classical fluid mechanics models seemed inappropriate to capture the complexity of the pappus; we would either have to focus on the microscale of the individual filaments (just 16 µm in diameter) or the centimetre scale of the whole pappus (1.38 cm in diameter). In biomechanics though, combining these scales is common and often important for function, so we decided to examine the actual dandelion seeds rather than a model.

For this, we constructed a bespoke vertical wind tunnel (Fig 1) enabling us to visualise the flow around the dandelion pappus. To our surprise, we discovered a beautiful vortex of recirculating air in the wake of the dandelion seed (Fig 2). This indicated that the pappus was acting as one unit with the adjacent filaments strongly affecting the airflow around one another and placed our studies at the centimetre scale. However, this couldn’t explain everything we saw. The vortex ring we observed was detached from the surface of the pappus like a halo.

To understand formation of this unusual vortex, we needed to know more about the structure of the dandelion seed. The geoscience department on campus had a one-of-a-kind high-resolution µCT scanner, from which we obtained images of the seed, and analysed the pappus geometry. Using this information in computational fluid dynamics models, we found that the close spacing of the filaments forced the majority of air around the edges of the pappus forming the vortex ring. However, the small amount of fluid that did make it through the filament gaps displaced the recirculating air and separated the vortex from the pappus. This meant that both the micrometre and centimetre scales of the dandelion structure were important for its flight mechanism.

To probe our understanding, we finally revisited the idea of constructing a model. At this point we initially struggled; the fine structure of the pappus would be difficult to 3D print and scaling up would prevent analysis in our wind tunnel. Eventually, we came up with a method to make silicon-based pappus replicas using microfabrication technology, enabling us to explore the effects of porosity on the separated vortex ring. An unbelievably delicate disk with very thin spokes (several attempts were broken by the slightest touch), was synthesised with a similar porosity to the pappus, and could mimic the fluid behaviour of a dandelion pappus.

This project would not have been possible without contributions from multiple disciplines, the synergy of which gave us an amazing insight into the flight of such a common yet ingenious seed.

The natural history of our changing planet 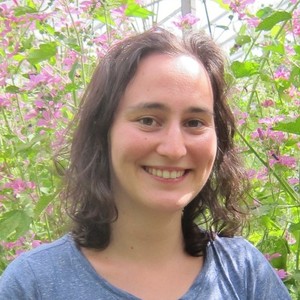