The samples for our paper (recently published in Nature Ecology and Evolution) began to be collected around 17 years before the first author, PhD student Yann Czorlich, was born and continued all through his childhood and undergraduate university years without him even knowing.

The paper in Nature Ecology & Evolution is here: go.nature.com/2RfcaVF

These samples originate from the Teno River Atlantic salmon archive that consists of dried scale samples that have been collected since 1972 and now comprises more than 150,000 salmon. The existence of this evolutionary genetics goldmine is primarily thanks to citizen science. The majority of these samples have been collected voluntarily by trained fishers, both local indigenous Sámi who fish as a part of their livelihood, and outfitters and guides of tourist anglers. Basic morphological details of the fish (length, weight, sex), and the catch (time, location, fishing gear used) are recorded on the front of a small envelope in which a few scales are placed (Fig. 1) and it is delivered to the local fisheries research station of the Natural Resources Institute Finland (Luke). Once received, scales of each fish are analysed by reading the scale growth rings. Like trees, the growth rings on salmon scales can be used to infer age and additional life-history information about each individual (Fig. 2). This information has been used to inform managers and decision makers about the variation of life history structure of the population complex for decades, but more recently, we have utilized the fact that the scales (actually, the dried mucus on the outside of them) are a great source of DNA.

Our aim here was to study the evolutionary dynamics of a large-effect locus controlling an important life history trait (sea-age at maturity) during the 50 year period over which the scales had been collected. We knew from our earlier research that the age at maturity had been decreasing over this period, and we wanted to see if there were signs of this also at the genetic level i.e. was it an evolutionary change? Although 150,000 samples sounds like a lot, it actually isn’t enough for greedy scientists! The Teno river complex is large, with tens of genetically distinct sub-populations, but only a few of them had been sampled consistently through the entire 50 year scale archive period. This immediately excluded > 50% of the samples. Then we excluded all fish caught using fishing gear that we had earlier shown to be size-selective, and focused on rod-caught individuals.

Despite focussing on scales of fish caught from a single section of the mainstem, following genetic analyses, and genetic population assignment, we noticed that almost half of the individuals were genetically assigned to populations from other locations in the Teno system. This was not unexpected, as all individuals from higher up in this system have to migrate past this point, and we have encountered it in earlier studies. But it meant we needed to genotype even more samples to get our sample sizes to a level we were happy with. However, it turned out that a significant proportion of the “passers by” originated from a single second population situated in the upper reaches of the river system (Inarijoki). So we decided to turn this (initially disappointing) situation from a negative into a positive, and included this second population (Inarijoki) in the study. This accidental change in study plan turned out provide us with some very valuable insights by exemplifying the potential variability in genetic architecture between populations. Inspired by this finding, we are in the process of further capitalising on the intensive Atlantic salmon sampling programs in Finland and Norway (via collaboration with researchers from the Norwegian Institute for Nature Research) by investigating the genetic architecture of this locus in >100 populations. Stay tuned for the results! 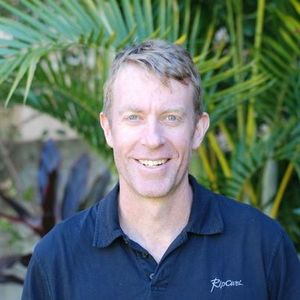