Our new paper focuses on trying to understand what goes on in the head of female guppies when they are in the presence of an attractive or an unattractive male …that is from a genomic point of view.

This project was born out of our motivation to understand the mechanisms at the basis of female preferences and mating behavior (https://rdcu.be/8MVh)1. Female guppies measure males attractiveness based on their colors and the length of their tail. This makes them a fantastic system in which to study mate preferences, as we can use male color to interrogate females on their mating behavior. We were very lucky to find a particularly perfect laboratory system in which to study female preferences. Our collaborator, Niclas Kolm and his colleagues at the University of Stockholm, created several brain size selection lines by selecting for guppies with the biggest brains and the smallest brain over multiple generations. These big-brained and small-brained guppy lines drastically differ in their cognitive abilities. 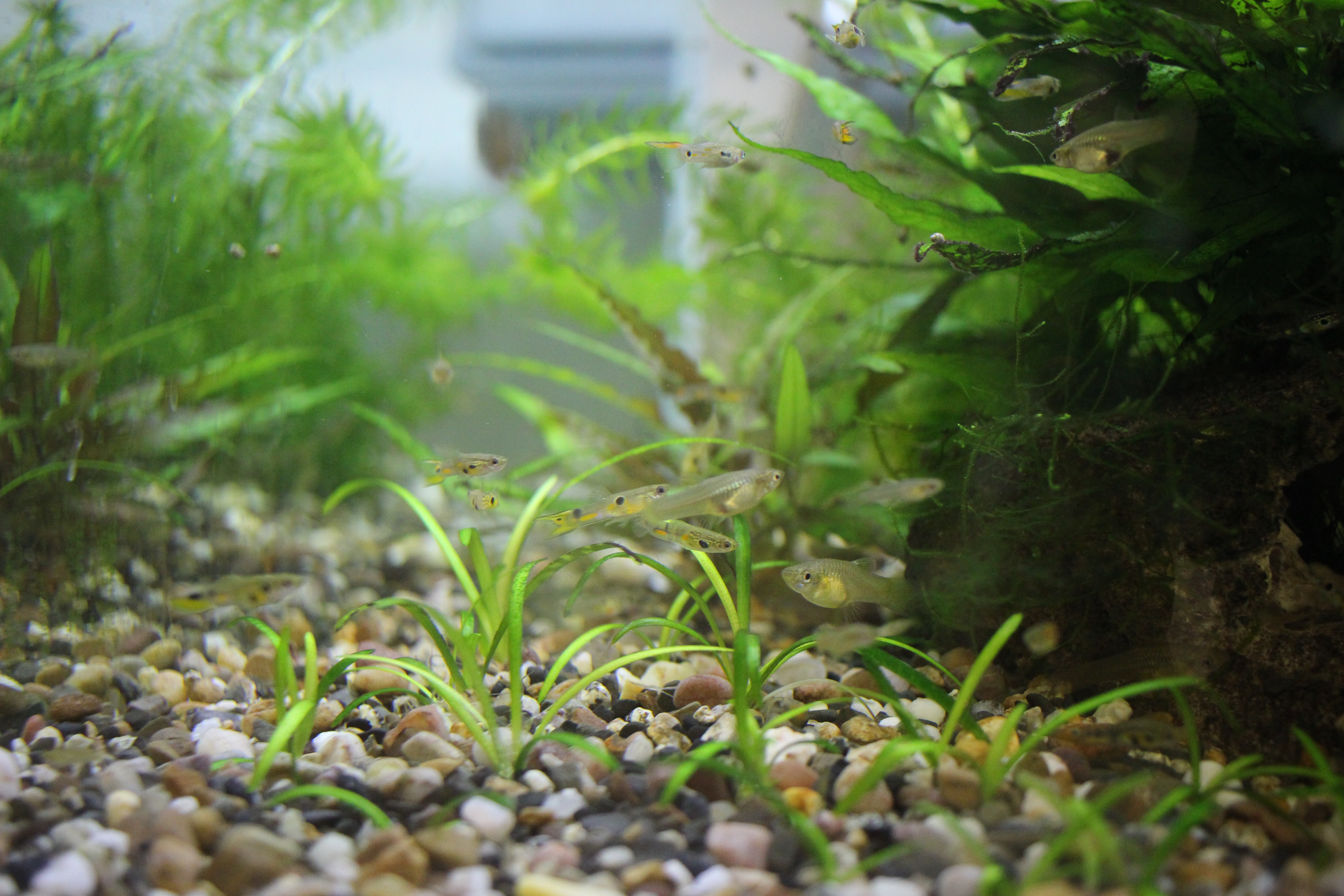 Even if both of our labs have a different research focus, we both saw the opportunity to study how selection for relative brain size impacts female preferences and the mechanisms behind evolution of mating preferences.  We could not resist the idea of testing whether changes in cognitive abilities across these selection lines would be mirrored by loss of female preferences in small-brained females. And if they do, what elements of the brain’s transcriptional response to mate evaluation change in females that have lost their preferences for colorful males.

In an initial study lead by Alberto Corral-Lopez2, we showed that the brain size selection lines differed in their mate preferences for colorful males: while the big-brained females maintain the preference for colorful males we see in wild-type guppies, the more cognitively limited, not-so-smart small-brained females do not choose the attractive males. It seems that, at least in the guppy world, one needs to be smart to choose the right male. Finding differences in female preferences across the lines opened the door for further studies investigating the mechanisms behind these differences, so we continued on to prepare for the study behind this paper1.

We aimed to capture the female brain transcriptional response after being exposed to different quality males and other females. We used RNAseq to sequence and compare the transcriptome of females exposed to either an attractive male (a colorful male with a long tail), an unattractive male or another female, as a control for non-mating social interactions. Doing these 3 treatments across wild-type, large brained and small brained guppy lines was already a very large effort…but it turns out guppies are little fish with very little brains. In order to have enough tissue for RNAseq and enough replicates, we had to perform these behavioral trials for 135 females. I can still remember the quiet yet nervous look on Niclas and Alberto's faces as we multiplied replicates by pools by treatments, to reach the enormous required number of females we needed!

In Alberto’s words, who performed the massive behavioral trials in this study “Even if it was time consuming, selecting the fish from our stock population and performing the behavioral trials was not the largest effort for our part of this study.  Obtaining the tissue from the brains of the female guppies we tested was the most challenging part. As we were interested in brain expression, dissecting the fish to expose their tiny brains and collecting brain tissue had to be done at a much faster pace than I’m used to. These challenging dissections were made even more difficult by the fact that experiments needed to be done in the mornings (when guppies are more sexually active) and coffee is not the best for accurate dissections”.

During these previous mate choice tests in our initial study2, Alberto noticed what we later confirmed from the data, and what many naturalists and researchers familiar with guppies have noted before him: most females evaluated males for only 10 minutes before losing interest in males presented to them. This drastically changed our design of the current experiment. Initially, we planned to expose females to each mating or social stimulus for 30 minutes. Most studies using comparative transcriptomics to evaluate the gene expression changes in the brain in response to mating or social stimuli had done so at or after 30 minutes of exposure to these signals. Mainly because any expression changes are large and more genes are differentially expressed at this point. Here we adjusted the our design, decreasing our behavioral exposure time to only 10 minutes.

Our study is the first one to our knowledge to look at brain expression differences after any behavioral exposure so early. Although this 10 minute time-point made our study original, it made the analysis very challenging. We had to venture into different analysis types until we found the best combination of methods for our study. And all this effort proved worthwhile as we found unique gene expression patterns associated with the evaluation of an attractive male in females that have preferences after only 10 minutes of mate exposure.

These unique little guppies are teaching us how the brain processes stimuli to produce mating and social behavior.  Our study represents an initial view into how this response is organized in different regions of the brain, and how it changes between females with and without preferences for colorful males.

We know behavior is not encoded by one or two genes turning on and off. Instead it is controlled by waves of gene expression that are activated in complex spatial and temporal patterns across different parts of the brain. A very exciting part of this study was to be able to use coexpression networks to understand how the differentially expressed genes we found are organized within the whole transcriptional response of the brain. This showed us the differentially expressed in females with and without preferences are located in different parts, or modules, of the network. This suggest that different biological processes and pathways are involved in mate evaluation in females with different preference phenotypes.

This study is only beginning to reveal the structure and properties of the transcriptional response behind female preferences and mating behavior. We now need to go beyond this comparative transcriptomic approach, into more detailed functional studies to better understand how mating behavior is controlled in the brain of these little guppies, how it evolves, and what it tells us about our own behavior. 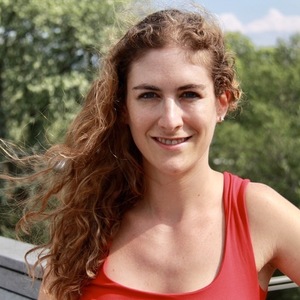