Genome size varies enormously across species, and one of the groups in which it varies more widely is Amphibians. In addition, amphibians are really old lineages that have been evolving on this planet for millions of years, diversifying and adapting to highly contrasting environments, from the warm and humid tropics to cold regions at high latitudes or high elevations. Moreover, amphibians have repeatedly evolved a miscellany of reproductive modes ranging from the ancestral case of aquatic larvae that metamorphose into terrestrial juveniles to direct developers that skip the larval phase altogether and hatch from terrestrial eggs as terrestrial juveniles.

Knowing that amphibians are widespread, have a long evolutionary history, and have diversified enormously in their life cycles, my colleague Christoph Liedtke (EBD, CSIC) and myself decided to take on a side project to test for factors that could have influenced the evolution of genome size in amphibians. We decided to use a phylogenetic comparative approach to test some hypotheses previously advanced by other researchers and a few of our own regarding potential causes for genome size diversification in amphibians. The plan was easy: download publicly available data, map it onto a published phylogeny, shake well and serve chilled.

The first unplanned step we needed to do ‘while-at-it’, was to fill the gap in knowledge that cecilian genomes represented. Living amphibians are composed of three main groups (roughly, frogs, salamanders and cecilians), and the genome size data for the most secretive and understudied of the three was almost non-existent. To that end we joined forces with David Gower and Mark Wilkinson (NHM, UK) and obtained tissues from museum specimens to cover all currently recognized families. We also completed the sampling for frogs and salamanders by incorporating more direct developers, and some other interesting species, as the largest known frog (Conraua goliath) and one of the smallest (Sooglossus sechellensis), as well as the only known extant viviparous anurans, Nimbaphrynoides and Nectophrynoides.

We obtained estimates of genome size through densitometry (N=71 new measurements), to complement the large public databases available for amphibian genome sizes (N=396 species) and without which we could not have done this research (Gregory, T.R. (2018). Animal Genome Size Database. http://www.genomesize.com).

We found that the evolution of genome sizes in amphibians follows a very curious pattern: there was a big bang of divergence at the early split of the three main groups, during which salamanders ended up having huge genome sizes. Instead, genome sizes of anurans and cecilians remained rather similar to the reconstructed ancestral state. After that big burst of genome size expansion in salamanders, the evolutionary rate of genome size stayed rather constant over time, implying that genome size evolved mostly as a consequence of random processes and not under selection towards specific optimal values. Moreover, we found no evidence for repercussions of the evolution of reproductive modes, and specifically there was no associative pattern of reduced genome size with simplified life cycles. Species could give up an entire phase of their life cycle with quite distinctive anatomical and ecological features, and leave no trace of such dramatic change in terms of genome size. Nevertheless, genome size evolution in amphibians is not completely random. Perhaps due to the necessity of achieving fast mitotic divisions, frog species with faster development have evolved smaller genomes. Also, species in warm climates tend also to have smaller genomes, although this effect is likely a consequence of warm climates inducing faster development.

The paper in Nature Ecology & Evolution is here: go.nature.com/2OQSzt5 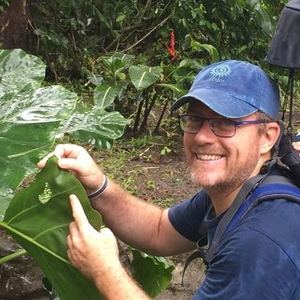