We experimentally show that a change in the predictability of parental care results in the adaptive evolution of the scaling relationship between body size and mandible size in burying beetle larvae. Larvae that consistently receive no parental care become more self-sufficient and have larger mandibles.

The world is full of bizarre structures, like antlers of a deer or the claw of fiddler crabs. Some of these may arise through conflict, such as that between males when they compete with each other over females. But, could cooperation influence the evolution of morphological traits?

We tested whether cooperation within animal families could influence the evolution of morphology. This project was my favourite part of my PhD, which focused on the role of parents in driving evolution, and was also five years in the making. To try and understand this I used the charismatic burying beetle (Nicrophorus vespilloides), a sub-social beetle that provides care to its offspring. Burying beetles breed on dead vertebrates, such as mice or birds, which they shave and bury, and, once their offspring hatch, the parents feed their young through regurgitation of pre-digested carrion. In the Kilner lab, we manipulate parental care by removing the parents before their larvae hatch, generation after generation. This way we can directly observe the evolution of adaptations that arise when the family environment changes.

In this species parents help their offspring get into the carcass by chewing a hole in it. This is important because if larvae do not access the flesh, they are unlikely to survive. We predicted that the absence of parents would mean that only offspring that could access the mouse would survive. We thought a larval trait that may be key to this would be the size of the larva's mandibles.

We started by measuring the variation in parental care that exists in the wild. Wild parents in the lab showed huge variation in the amount of care they provide - some abandoning their larvae before they hatch, others sticking around until the end. When we plotted the mandible size of offspring from these wild parents, mandible size was the same. If larvae were small or if they were large, they had the same size of mandible. This was hugely surprising at the time - flat scaling relationships are more commonly associated with important traits like brain size and genital size. Mandible size therefore must be important for larval survival in response to this unpredictable, highly variable parental care.

We tested whether mandible size in wild larvae was a result of unpredictable parental care by exposing populations of burying beetles to predictable levels of care: Full Care and No Care, the two extremes of care that the wild beetles showed. We found that the predictable regimes of care did indeed influence the evolution of the mandible scaling relationship. When parental beetles were always present, cooperating with their larvae to access the carcass and to feed them, smaller larvae had smaller mandibles.

The No Care larvae had larger mandibles than the Full Care larvae, because they received no parental care, but surprisingly they had smaller mandibles than the wild-derived larvae. What could be happening here? The No Care parents also evolved and were more likely to make a feeding incision into the carcass earlier during carcass preparation, helping their larvae access the food resources even without their being there.

I can still remember the moment when I plotted the preliminary results showing the evolution of the mandible scaling relationship from the No Care and Full Care lines. My supervisor Becky and I were heading out to have drinks with an eminent scientist on sabbatical who had given the weekly seminar. I saw the difference in mandible slope and we talked about it for the whole evening ignoring any conversation about coevolution of wasps and plants. This paper was well worth the wait. 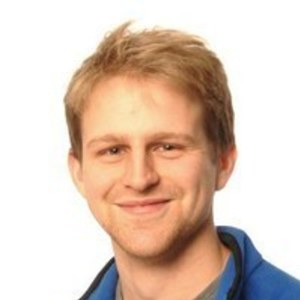