Consequences of differential nutrient limitation of plants and soil microorganisms

The paper in Nature Ecology & Evolution is here: go.nature.com/2QfvgdP

The idea behind this study started with a passionate discussion about the relevance of phosphorus (P) limitation in Arctic tundra soils. Most fertilization experiments had demonstrated widespread nitrogen (N) – rather than P – limitation in these ecosystems. However, they all focused on plant responses to fertilization, while we were asking a different question – are soil microbial communities P limited? This contrasting perspective led to the realization of the perhaps rather obvious difference between plants and microorganisms. As two completely different types of organisms with very different biomass composition, their stoichiometric nutrient demands are expected to be different. A literature review confirmed this expectation. Plants require more N relative to P than microorganisms. Thus, in view of Liebig’s Law of Minimum, increased plant biomass after N fertilization indicates previous plant N limitation. However, soil microorganisms can be P limited at the same time.

At this point, the rationale of our work had been laid out – depending on which organism is limited by N or P, and whether plants and microorganisms cooperate (symbiosis) or compete, it was possible to predict when N or P fertilization would increase or decrease plant growth. When fertilization supports soil microorganisms, we can have two scenarios depending on the type of plant-microbe relationship: soil microorganisms can compete with plants, decreasing plant growth, or they can cooperate with plants, increasing plant growth.

Our remaining challenge was to find unequivocal experimental evidence to test our expectations. Despite the large number of published factorial fertilization experiments, data characterizing soil microorganisms and nutrient conditions were partly available only in 51 studies. Data from these studies fully supported our expectations, and results were robust to assumption we made.

To conclude, a discussion on limiting factors in Arctic tundra ecosystems led us to demonstrate fundamental stoichiometric constraints on plant productivity that are shaped by the type of plant-microbe interaction. In the process, we also noticed that most studies neglect soils despite their importance to understand above-ground dynamics. 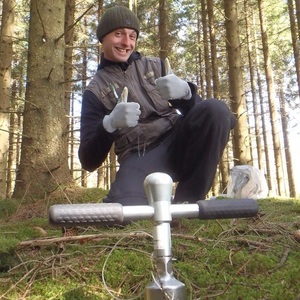