The importance of sex chromosomes cannot be understated - their job is to initiate the sex-determining cascade and make sure that males and females are produced in equal numbers. However this job comes at a price, by determining sex, these chromosomes also expose themselves to evolutionary forces which can lead to the accumulation of deleterious mutations and loss of functional genes. Given enough time, you can eventually end up with sex chromosomes which contain little more than the sex determiner and a few genes beneficial to one sex, like in the human Y chromosome.

Our approach was simple: 1) get our hands on samples from as many species of true frogs as possible; 2) find their sex chromosomes; 3) add information that already existed in the literature; and 4) place everything on a phylogenetic tree so we can look at the frequency and patterns of sex chromosome turnovers. In practice, of course, these four short points summarise about 3 years of work. To find the sex chromosomes, Alan Brelsford, a then postdoc in Nicolas’ lab, set up a RADseq pipeline and showed that it could be used to find sex chromosomes in non-model organisms using only a modest number of males and females. After the protocol proved successful, Nicolas, Alan and Guillaume Lavanchy, who was then a masters student, undertook to apply this to many species. When Alan left for a position in Riverside University, I took over and continued the project along with Guillaume. Eventually, after sequencing and analysis of countless RADseq libraries (using over 1000 samples kindly provided by dozens of collaborators from all over the world), we had sex chromosome information for 24 species across about 55 My of divergence and we estimated that at least 13 sex chromosome turnovers have occurred during that time. That's an unprecedented rate of sex chromosome swappage!

So what did this tell us? Well the patterns within these turnovers were pretty illuminating! Firstly, we saw that the turnovers were far from random - in fact of these 13 turnover events, 5 of them all went to the same chromosome, chromosome 5! So clearly there is something special about this chromosome which predisposes it to being recruited for sex determination. Our best guess at the moment is that this chromosome harbours a gene that is particularly good at taking over the role of sex determination. There is plenty of work to be done before we can test that theory, but the result falls nicely in line with many independent observations in the literature that, across the tree of life, several genes (often called the "usual suspects") crop up time and time again as the sex determiner, “loading the dice” in favour of the chromosome on which they sit.

Perhaps the most insightful pattern that we see across our turnovers however, is that in all but one of them, the system of heterogamety (whether the heterogametic sex is male (XY) or female (ZW)) stays the same across the transition. Specifically, we almost only ever saw XY -> XY turnovers. This implies that turnovers which involve switching the system of heterogamety, e.g. from XY -> ZW, are difficult in these frogs. Importantly this is exactly what has been predicted by past theoretical simulations for situations where the turnovers are driven by mutation load selection. This is a selective force which favours a turnover to a fresh new sex chromosome because it means you can purge your genome of the deleterious mutations that have built up on the old one.

This observation led us to the next question - if mutation load selection is indeed the driving force behind this high rate of turnovers in frogs, why is it more prevalent in frogs than in other systems? This is a difficult question to get at, but we do have a favourite hypothesis. Frogs exhibit an extreme form of heterochiasmy - a difference in rates and/or patterns of recombination between sexes of the same species. Specifically, in male frogs, recombination events almost only ever occur at the very tips of chromosomes, not in the centre. The implications of this (best seen in the linkage maps below) are that for a chromosome which acquires a male determiner (thus becoming a Y), almost all of the genes on that chromosome lose the ability to recombine with homologs immediately. This is in stark contrast to an incipient Y chromosome in a species with more conventional recombination, where the suppression of recombination occurs progressively, moving outwards from the sex determiner over time. It follows then that in frogs, the accumulation of deleterious mutations can occur in more genes immediately after the arrival of the sex determiner and thus deleterious mutation load could accumulate on frog sex chromosomes a lot faster than in other lineages. This means that turnovers would be favoured by mutation load selection more rapidly than in other lineages, which could explain the rapid turnover rates we observe.

So that is where the story currently stands, we are of course left with more questions than we had before - does mutation load really accumulate on frog sex chromosomes more quickly than in other lineages? Is this a general pattern – i.e. do we see the same thing in other lineages with strong heterochiasmy? What genes are responsible for the repeated independent recruitment of chromosome 5 - is it one gene, several genes, or is the old sex determiner jumping around the genome like in Salmonids and strawberries? The exciting thing is, with increasingly powerful technologies, and similar studies ongoing in several other labs on other systems, these questions are not so far out of reach! 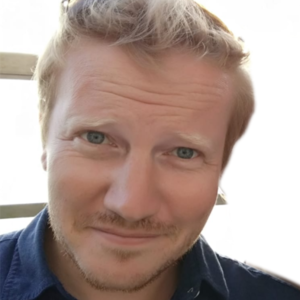 I am a Computational Biologist with emphasis firmly on the "Biologist", interested in the evolution of sex chromosomes and sex determining systems
Follow