The emergence of division of labor among clonal ants

Our study published in Nature this week began with a simple question about the origins of social life: what are the benefits of group-living and how early do they kick in?

Daniel Kronauer had just opened his lab at the Rockefeller University when I joined his team as a postdoc. Daniel’s lab was developing a new and extremely promising model system for the study of social evolution and behavior, the clonal raider ant (Photo 1), which was ideal to investigate this question.

Sociality has long been thought to be beneficial because groups can divide labor among individuals to increase their efficiency. While division of labor is often very sophisticated in social insect colonies—with work divided between highly specialized, morphologically differentiated castes (e.g. large, fertile queens and one or more castes of smaller, sterile workers)—this extreme form of division of labor only evolved after sociality was already established. To evolve from solitary ancestors, sociality must have initially generated benefits in small, simple groups consisting of related, morphologically similar, fertile individuals. How division of labor and its hypothesized benefits could have arisen under such conditions remained unclear.

As it turns out, the clonal raider ant displays a very unusual social organization that naturally resembles these conditions: all ants in a colony are genetically identical and morphologically very similar, and they can all perform all tasks, including reproduction. This implies that—at least in principle—they can live on their own.

With this convenient species, we set out to measure division of labor and fitness in experimental colonies over a size range corresponding to the onset of group-living (1 to 16 ants). Measuring fitness was straightforward, but the tools needed to measure behavior and division of labor were not available. So together with Jonathan Saragosti, a postdoc in the lab with a background in physics, we developed them from scratch. There were of course some trials, errors, and initial setbacks, including the accidental discovery that some types of silicon are highly toxic to ants, a long quest for the best ant paint, and much drama involving a climate room with an attitude. But we eventually succeeded in developing a setup to record images from many colonies in parallel (Photo 2, Video 1-2), software to detect and identify each ant in those images, and statistical methods to analyze the resulting data.

Using those methods, we found that division of labor self-organizes surprisingly early, in colonies of as few as six workers. As group size increased, individual workers became more specialized and colonies became behaviorally more diverse, even though all ants had the exact same genotype and age. In parallel with those effects on behavior, fitness also rapidly increased with group size.

We wondered whether our observations were compatible with the best-known model for self-organized division of labor, in which small intrinsic differences between individuals drive them to specialize on different tasks. For this, Chris Tokita and Corina Tarnita from Princeton University joined the project. At the time, Chris was in the first year of his PhD program and was looking to start a theoretical project exploring self-organization and division of labor, and he visited our lab at just the right time to get involved.

Initially, our and their instincts were that social interactions were necessary to explain what was going on. Thus, they set out to construct their own model incorporating social interactions among individuals that they hoped would better match the data, while using the established model as a baseline to compare against. Their rigorous theoretical analysis, however, revealed that the well-known model could easily reproduce our empirical results.

Moreover, an exploration of the model also bore predictions we had not yet explored. Theoretical analysis suggested that larger groups were better able to maintain stable conditions inside the colony, or in other words that they were more homeostatic. Homeostasis is an essential property of life, and as such is inherently linked to fitness. Going back to our empirical data, we found that larger colonies were indeed more homeostatic, which is a likely explanation for why they also did better in our experiments. In reflection, the interplay in our collaborative experiments-and-theory approach played out ideally in this manner: first the experimental results were used to inform the model, which in turn gave further insights into the data.

As a whole, our results indicate that several important colony properties (division of labor, homeostasis and increased fitness) can naturally emerge in very small social groups composed of very similar individuals. Beyond the evolution of sociality, these results might also have implications for the study of other “major transitions in evolution“ (steps in evolution where smaller entities came together to form larger entities, then differentiated and became inter-dependent), such as the evolution of multicellularity and the associated emergence of cell differentiation.

From a simple question, this project has grown into an exciting collaboration between empiricists and theoreticians that continues beyond this paper, and has led to the development of tools that are now used by several researchers for various experiments.

Acknowledgements: Daniel J.C. Kronauer and Christopher K. Tokita contributed to the writing of this post. 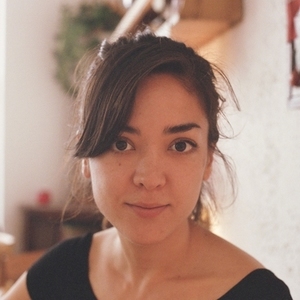