Sparking controversy, or putting out the fire?

There has been a long-running debate in the field of Palaeolithic Archaeology as to whether Neandertals could make fire for themselves or, alternatively, were obliged to collect fire from natural sources like wildfires ignited by lightning strikes. Our paper presents the first strong evidence that Neandertals were in fact regularly making fire at will by at least 50,000 years ago in south-western France using flint hand axes and pyrite.

Our Scientific Reports article ‘Neandertal fire-making technology inferred from microwear analysis’ (Sorensen, Claud and Soressi, 2018; find it here: https://doi.org/10.1038/s41598-018-28342-9) is the fourth and final paper comprising my PhD dissertation at Leiden University in the Netherlands. Despite its youth as a published article, this paper has roots that are much older, with the seeds having already been planted early in 2011 during my master’s research.

Right around this time, a series of papers by Wil Roebroeks and Paula Villa (2011a; 2011b) and Dennis Sandgathe and colleagues (2011a; 2011b) brought the Middle Palaeolithic fire debate to the fore. Roebroeks and Villa’s large database of Lower and Middle Palaeolithic sites exhibiting evidence for anthropogenic fire use made it clear that fire became a regular feature in the archaeological record only after the appearance of early Neandertals around 400-300 ka (i.e. the beginning of the Middle Palaeolithic), suggesting the earliest hominins entering Europe did so without the benefit of regular fire use. The tacit assumption was that this increase in fire sites may have been related to the adoption of fire making technology. Sandgathe and colleagues, on the other hand, pointed to discontinuous presence of fire at a couple of later Neandertal sites in France as evidence that these peoples lacked the ability to make fire at will, thus arguing that only modern humans possessed this skill.

Sandgathe and colleagues, it could be argued, possessed the upper hand given that, at this point, there were no known Neandertal fire making tools. However, there were a handful of pyrite fragments (a requisite component of the stone-on-stone percussive fire making kit, along with flint ‘strike-a-light’ tools) known from multiple Middle Palaeolithic sites. But these, too—while giving hope to the idea of Neandertals making fire—did not inspire tons of confidence since not one possessed any overt evidence of having been used. I wanted to know if this lack of Neandertal fire making tools was indeed evidence of absence, or alternatively, a sign that we, as archaeologists, were somehow missing this all-important ‘smoking gun’.

I was initially inspired by the work of Dick Stapert and Lykke Johansen (1999), who made a concerted effort to push back the evidence for fire making technology into the late Upper Palaeolithic (this period beginning in western Europe around 45 ka and generally associated with early modern humans, i.e. Homo sapiens). I found my regular email correspondence with Prof. Stapert (emeritus, Groningen University) to be both a great source of information, but also a source of hope. In one of his emails, he stressed that “these strike-a-lights are rare: one or only a few specimens occur within large assemblages of thousands of flints, and moreover they are not always easy to recognize. But I must say that in most of the cases where we really looked, we did find one or two.” But even he was not optimistic that my foray into identifying Middle Palaeolithic strike-a-lights would bear fruit.

Unperturbed, I set out to learn all I could about later prehistoric percussive fire making. For the Upper Palaeolithic, Neolithic and Bronze Age periods, the majority of the tools bearing traces of having been used as strike-a-lights were elongated blades, a technology that largely defines the prehistoric presence of modern humans in Europe.  Neandertal material culture was, for the most part, drastically different, characterised predominately by simple flake tools, with occasional larger ‘curated’ tools like large scrapers or bifacial tools (aka hand axes) thrown into the mix, which are characterised by evidence for heavy, long-term use and extensive resharpening. Comparing the Neandertal and modern human lithic assemblages got me thinking there’s no way that what we would consider ‘classic’ strike-a-light tools would appear as such in Middle Palaeolithic contexts. This then prompted the question “What might a Neandertal strike-a-light look like?”

My early fire making experiments focused on reproducing short-term use-wear traces on simple flake tools, using them to either strike or forcefully rub fragments of pyrite to produce showers of sparks that could be captured by tinder material, and then examining and describing the resultant traces imparted onto the flint tools with the aid of low- and high-powered microscopes. Freshly armed with this information, I set out to look for flake tools bearing similar traces in a large handful of Middle Palaeolithic stone artefact assemblages. To make a long story short, I failed to identify any convincing strike-a-lights.

It was during this very frustrating period that I had a chance meeting with Veerle Rots, a very accomplished microwear analyst from the University of Liège. As I was describing my research to her, she made a very subdued, matter-of-fact disclosure that she’d recently identified a possible strike-a-light from the Middle Palaeolithic site of Bettencourt in northern France (Rots, 2015). No big deal. Considering I’d been desperately looking for such evidence for many months, I was floored, devastated, and terribly excited all at the same time by her rather nonchalant response. And, of course, I wanted a peek.

More experiments followed at the TraceoLab in Liège, with the data produced suggesting her interpretation of this piece was entirely plausible. However, the weak, poorly developed nature of the traces on this expedient flake tool were (perhaps as expected) not what I would consider a ‘homerun’. Plus, it was only one tool—promising, for sure, but it wasn’t something you could hang your hat on. I needed more.

At around this point in 2013, I had another fortuitous introduction to a new colleague that set into motion the events that led to the new Scientific Reports paper. Marie Soressi had just arrived at Leiden University to begin her tenure as Assistant Professor of Palaeolithic Archaeology (recently promoted to full professor). Being what many might consider the ‘Queen of the MTA’—i.e. the Mousterian of Acheulean Tradition, a late Middle Palaeolithic cultural variant known for its large, curated bifacial tools (see Soressi, 2002; 2004)—I of course began describing my hypothesis that these types of tools may be fertile hunting grounds for fire making traces. “Do you know of any bifaces bearing weird mineral traces?” I asked while showing her some micrographs of fire making traces from my experiments. “As a matter of fact, I believe I do!” she replied. Jaw, meet floor.

Video of the author making fire the 'Neandertal way' with an experimental bifacial tool and a piece of pyrite (Credit: Weiya Lee and Andrew Sorensen).

Prof. Soressi pointed me to the dissertation work of Emilie Claud, now working with the PACEA group at the University of Bordeaux and INRAP in France. While already familiar with her work, I had not made a connection between her mineral traces and mine. Thus began our collaborative effort to shed more light on these enigmatic traces. New experiments were performed using large MTA-style bifaces for fire making, as well as other heavy tasks involving other mineral materials like flintknapping, grinding pigments, anything that we could think of that might produce similar traces, and comparing these to traces observed on archaeological specimens from multiple Middle Palaeolithic assemblages from south-western France. In the end, the experimental traces produced during fire making corresponded most closely to those we observed on the archaeological tools, demonstrating for the first time that fire making was an activity regularly performed by later Neandertals, thus supporting my initial hypotheses from way back when. The rest, as they say, is (pre)history. 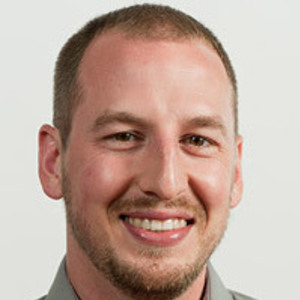