Aspidin: a bone of contention

New research solves a 160 year old mystery about the origin of the vertebrate skeleton.

In 1858, the comparative anatomist Thomas Henry Huxley described the microscopic structure of the skeleton in heterostracans; a bizarre group of fossil fishes that lived around 420 million years ago. The tissue he described, later called ‘aspidin’, has been central to debates concerning the origin of the vertebrate skeleton. Yet its identity and relation to the tissues of modern vertebrate skeletons has remained controversial for the last 160 years.

Living jawed vertebrates have a mineralised skeleton made of four distinct tissue types. These are bone and cartilage (the tissues from which the majority of the human skeleton is made) and dentine and enamel (the tissues from which our teeth are constructed). These important tissue types give the skeleton strength and rigidity and also act as a mineral store essential for maintaining metabolism. In contrast, the cousins of jawed vertebrates, the jawless hagfish and lampreys, have a rudimentary skeleton composed of unmineralised cartilage. As such, they can provide little information about how mineralised tissues first evolved.

Fortunately, the gap between living jawless and jawed vertebrates is bridged by a multitude of fossils, evidencing the gradual evolution of the skeleton. These fossils can provide clues to the early evolution of vertebrate mineralised tissues. However, classifying the tissues of these ancient skeletons has proved very challenging.

Such has been the case with ‘aspidin’, the tissue forming the majority of the heterostracan skeleton. On a microscopic level, aspidin is crisscrossed by tiny tubes, which are quite unlike anything found in the mineralised tissues of living vertebrates. These tubes have been the crux of a 160-year controversy over the classification of aspidin. At various times, these tubes have been interpreted as bone cell-spaces, dentine cell-spaces, spaces housing attachment fibres or even as cracks caused during fossilisation. These competing hypotheses have drastic implications for understanding the evolution of mineralised tissues. For example, it has been suggested that aspidin represents a transitional stage in the evolution of modern tissue types.

Whilst completing my PhD at the University of Bristol, I had the opportunity to revisit this longstanding debate and attempt to solve the mystery of aspidin. I collaborated with Professor Philip Donoghue and Dr Chloe Marquart (University of Bristol) and Dr Federica Marone (Paul Schlerer Institute) in order to apply new technology to this old problem. We used Synchrotron Tomography: a special type of CT scanning. Conventional CT scanning uses X-rays of many wavelengths to produce a stack of images showing the cross section of an object. From these we can generate a 3D model of the scanned object. Unlike CT scanning, synchrotron tomography uses a particle accelerator to scan with high energy X-rays of a single wavelength (comparable to a laser that uses a single wavelength of visible light). Using this technique, we can produce sharp high-resolution images, allowing us to make out detail at a cellular level. We studied aspidin in a variety of different heterostracan species, requiring numerous trips to the Swiss Light Source, Switzerland and over 100 hours of scanning time.

Back in Bristol, I began the painstaking process of creating a 3D digital model of aspidin, in order to determine the shape and orientation of the mysterious tubes. Images from previous studies seem to show the tubes branching; resembling the branching processes of bone cell-spaces. However, I found that these tubes were strictly linear, lacking any kind of branching. The images from previous studies seem to be a result of 2-dimensional sectioning through tangled and overlapping tubes, giving the appearance of branching. This discovery was an important piece in the puzzle, allowing me to rule out the possibility that these tubes were bone or dentine cell-spaces.

The most plausible explanation, and what we propose in our new paper, is that these tubes once housed collagen fibre-bundles. Collagen is an important component of most mineralised tissues, including bone, where it forms much of the organic matrix around which mineral is deposited. Our results show there is no evidence that aspidin represents a transitional stage in mineralised tissue evolution. Instead, we propose that aspidin is the earliest evidence of bone in the fossil record.

Our results suggest that all types of mineralised tissues found in living vertebrates appear simultaneously in the fossil record, around 420 million years ago. This raises two important questions: when did these tissues first evolve? And why do they appear in the fossil record at the same time? One possible explanation is that the sudden appearance of mineralised tissues is due to the evolution of mineralisation, rather than the evolution of the tissues themselves. Bone and dentine may have first evolved as distinct layers of the skin long before vertebrates evolved the genetic pathways necessary for tissue mineralisation. As such, the early history of these tissues may not be preserved in the fossil record, as unmineralised tissues are prone to decay. It is entirely possible that future fossil discoveries will reveal even earlier stages in the evolution of the skeleton, allowing us to solve these new mysteries. Of course, these fossils may have already been discovered and are currently sitting in museum draws, awaiting study. Perhaps it is time to revisit the skeletons in our closets. 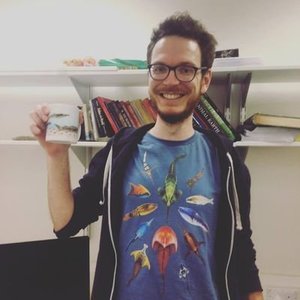