Island life is a smart decision

The research of tool-use behavior in the New Caledonian crow (Corvus moneduloides) provides a fascinating example on how large brains might serve to construct behavioral responses to cope with environmental challenges in an island bird. Is the New Caledonian crow just an idiosyncratic case or a representative of a more general pattern? Could be an island environment, with plenty of ecological opportunities and few enemies, the perfect place for the evolution of intelligent species? Here we test this hypothesis in a global comparative analysis on birds.

Our paper in Nature Communications can be found here.

Studies on islands have been enormously fruitful for understanding evolution. From Darwin’s finches in the Galapagos archipelago to Anolis lizards in Greater Antilles, islands have influenced the thinking of generations of biologists and acted as model systems for studying speciation and adaptation processes. In addition, islands have provided a way to explore to what extent evolutionary outcomes follow predictable rules or can instead be more idiosyncratic.

Theory and evidence suggest that some shared features of islands may make colonizing species to follow predictable evolutionary trends. For example, island birds have reduced flight capacity and Anolis lizards have evolved similar eco-morphs across island. However, other presumed cases of predictable evolutionary trends on islands have been more difficult to demonstrate, mainly because of the challenge of demonstrating in situ evolution. In our paper, we reveal the existence of a new predictable trend: an increase in relative brain size in island dwellers.

The origin of this paper goes back to at least 4 years ago, when I was beginning my PhD dissertation under the supervision of Daniel Sol, at CREAF. The PhD focused on the causes of brain size evolution in birds. The possibility that an island environment, with plenty of ecological opportunities and few competitors and enemies, would be the perfect place for intelligent species to evolve had been discussed in the lab for some time. The research of tool-use behaviour in the New Caledonian crow (Corvus moneduloides) provided a fascinating example on how large brains might serve to construct behavioural responses to cope with environmental challenges in an island bird. Was the New Caledonian crow just an idiosyncratic case or a representative of a more general pattern? Certainly, it was worthwhile to test this hypothesis in a global comparative analysis of birds.

The mechanism we were initially envisioning when proposing that islands should enhance intelligence by favouring enlarged brains was niche expansion. In the late 1990s, Louis Lefebvre (McGill University) had shown that a big brain enhances the propensity to invent behaviours to exploit new food opportunities. And later on, our own research had shown that such an ability of big-brained animals served to buffer them against novel environmental challenges. Inspired by Van Valen classical niche-variation hypotheses and by studies of Claudia Mettke-Hoffmann showing that island animals are more exploratory, among others, we reasoned that the need to adopt new resource opportunities by island colonizers should select for enhanced cognition and larger brains. Selection should be particularly strong due to the limits to dispersion, which would prevent individuals from moving to other places when environmental conditions deteriorate, and increased competition with conspecifics due to reduced competition with other species.

Despite the existence of sound theoretical arguments, two obstacles had previously impeded to test the hypothesis: the paucity of brain information and the difficulties of disentangling evolution in situ from differential colonization. This latter obstacle was particularly problematic because previous research in the Sol’s Lab had shown that brain size was related to colonization success.

But now we had everything we needed: a large dataset on brain sizes for both island and mainland birds, developed by Andrew Iwaniuk (University of Lethbridge) through endless hours in museums measuring skull endocasts, and a recently developed comparative method developed by Phillip Downing (Lund University) and colleagues that would allow us to examine the order of evolutionary events. Recent advances relating brain size, life history and island evolution, together with a paper we published in Nat. Comm. showing that larger brains are favored in fluctuating environments, allowed us to further refine the theoretical framework. The time was right to test what we called the “brain-island” hypothesis.

Our analyses confirmed that island species tend to have relatively larger brains than their mainland relatives, and that that these differences mainly reflect in situ evolution rather than varying colonization success. Being the first evidence that islands might favor the evolution of larger brains, it is clear that the “brain-island” hypothesis will have to wait for additional empirical support to gain general credence. But the hypothesis opens important avenues for future research, and forces evolutionary biologists to reconsider the role of behavior to fully understand animal evolution. 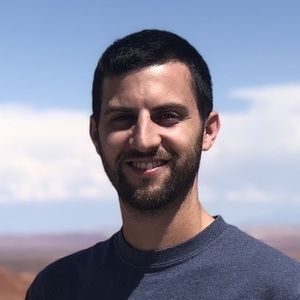 PhD in Ecology. I have a wide interest in ecology and evolution, trying to understand the processes generating current diversity, and mainly using birds as a study model. Currently, I am a post-doc in the Antonelli Lab, where he develop a project on global bird extinctions, aiming to understand how species losses changing biodiversity patterns.
Follow