The research of my group mainly focuses on the area of microbial diversity and microbial ecology, particularly prokaryotes in the terrestrial extreme environments (hot springs, salt lakes and saline mines) as well as underexplored habitats (endophyte of traditional Chinese medicinal plant, karst caves and marine ecosystems).

The paper in Nature Communications is here: go.nature.com/2AfM7sT

We have collected enormous microbial resources from these environments by designing and improving microbial cultivation techniques. Many new taxa have been discovered in pure cultures, identified and validly published in the last two decades, including 1 new class, 7 new suborders/orders, 14 new families, over 60 new genera and more than 450 novel species. However, larger quantity of microbial resources in nature are still untapped, and still remains as microbial “dark matter”. We thus employed the advanced metagenomic and single-cell genomics to study the yet-uncultivated microbial world. This has provided access to the genomes of microbial “dark matter”, enabling insight into their evolution, cell biology, and possible metabolic and ecological functions.

Terrestrial geothermal systems mainly occur in volcanically active areas and areas where geophysical forces allow deep penetration of meteoric water, typically by deep faulting within an extensional setting (Hedlund et al. 2016). Terrestrial geothermal systems span a huge diversity of physicochemical niches and are colonized by thermophilic and hyperthermophilic microorganisms. We have untapped these vast unexplored under-cultivated thermophiles in terrestrial geothermal systems using a cultivation-independent approach involving metagenomic sequencing of the 16S rRNA genes and/or complete environmental genomes. These studies are motivated by a number of factors, including basic scientific foci such as the molecular bases of thermophily and thermal limits of life, biodiversity exploration, and the origin and early evolution of life.

Tengchong County, a volcanic landscape in southwest China’s Yunnan Province, is the largest and most intensively studied geothermal field in China (Figure 1). With grant support from U.S. National Science Foundation (NSF) Partnerships for International Research and Education (PIRE) program and Key Project of International Cooperation by the Chinese Ministry of Science and Technology, lots of science advances have been made by a binational research team focus on Tengchong geothermal region. Many novel lineages of Bacteria and Archaea have been studied with metagenomic and single-cell genomic techniques.

Two years ago, we discovered a novel bacterial phylum (‘Candidatus Kryptonia’) found exclusively in high-temperature neutral-pH geothermal springs (Eloe-Fadrosh et al. 2016). The yet-uncultivated archaea ‘Aigarchaeota’, a sister lineage to the Thaumarchaeota, has received considerable attention in the literature, but is still poorly investigated. Members of the Aigarchaeota are widely distributed in terrestrial and subsurface geothermal systems and marine hydrothermal environments. Phylogenetic analysis of conserved, single-copy core genes showed that Aigarchaeota is closely related to Crenarchaeota, Korarchaeota and Thaumarchaeota, forming the “TACK” superphylum.

In one of our study on two circumneutral hot springs in Tengchong geothermal region involving integrated comparative genomics, we obtained six Aigarchaeota metagenomic bins which could be used to address the gaps in understanding the origin and evolutionary history of the Aigarchaeota and their roles in biogeochemical cycling. Our analysis revealed a facultative or strictly anaerobic lifestyle of Aigarchaeota with an ability to oxidize sulfide to gain energy for growth (Figure 2). Evolutionary genomic analyses of Thaumarchaeota and Aigarchaeota suggested that both the phyla evolved from hot habitats and they shared a large proportion of gene families with their last common ancestor.

Adaptation to a different habitat led to the functional differentiation of Aigarchaeota from Thaumarchaeota, with the latter invading a wide diversity of non-thermal environments (Figure 3). Genes acquired horizontally from Euryarchaeota and Firmicutes played a significant role in the functional diversification of Aigarchaeota in hot spring habitats. This study represented a significant advancement in our understanding of the genomic diversity and evolution of Aigarchaeota. This work also highlights the extraordinary diversity of microbial life still awaiting discovery in terrestrial geothermal systems.

Figure 3. (a) The underlying model of the evolutionary history for Aigarchaeota and Thaumarchaeota; (b) The phylogeny of the ancestral strains of Aigarchaeota and Thaumarchaeota; (c) The tree shows the phylogeny of extant genomes of the two phyla; (d) The topology of the clustering based on the functional similarity for the two phyla 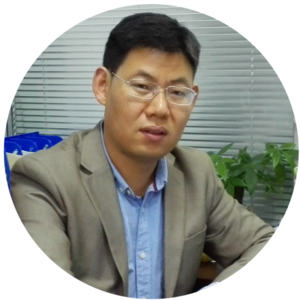