Molecular interactions between butterflies and plants

A butterfly flutters by and lays a tiny egg on a plant. Seems simple enough. But what's going on under the hood may surprise you!

Our new paper in Nature Ecology & Evolution uses multiple approaches to peak inside the hidden molecular interactions between herbivorous insects, butterflies in this case, and their host-plants. Although we study a number of diverse butterfly/plant systems, a lot of the work focuses on interactions between the model plant, Arabidopsis thaliana, and the Cabbage White Butterfly, Pieris rapae. The path to this project was a bit indirect. In fact, it started with a lab expedition to collect a different butterfly. About four years ago, members of my lab and I spent an afternoon collecting the monarch butterfly, Danaus plexippus, from around the University of Chicago campus for another project focused on migratory behavior. While we were hunting, I lamented that we should start a project on the very common--and easy to catch--Cabbage White butterfly that was all around us. At the time, I remembered an insightful comment from Naomi Pierce, who years earlier told me that she thought it might be a good idea for the first butterfly genome sequencing project to focus on P. rapae because the larvae can eat Arabidopsis. In a fortuitous moment, I mentioned the association between P. rapae and A. thaliana to a new member of the lab, Sumitha Nallu, who had just come from studying interactions between Arabidopsis and microbes with Joy Bergelson. A few days later, Sumitha approached me about possibly following-up on this idea and we began to hatch a plan.

The decision to focus on Arabidopsis and Pieris was clearly driven by the wonderful resources available for Arabidopsis, including a world-wide sampling of accessions, whole-genome sequence data for a large number of these accessions, and gene knockout lines, to name a few. On the flip side, however, was a complete lack of resources for P. rapae. We decided to tackle our project using a combination of genome-wide association mapping and transcriptomics, again approaches perfectly suited to Arabidopsis but not Pieris. Therefore, we started the butterfly side of the project by sequencing the genome of P. rapae. Fortunately, soon after we started the project, I attended the 7th International Conference on the Biology of Butterflies in Finland where I found out that Chris Wheat, Jason Hill, and colleagues had already made substantial progress with a Pieris rapae (and P. napi!) genome sequence. We decided to join forces on the genome, which allowed Sumitha and I to focus on the next hurdle--sampling natural variation of P. rapae herbivory capacity for genome-wide association mapping.

Genome-wide association mapping with A. thaliana was straight-forward. With the help of Joy Bergelson, we grew multiple replicates of 96 A. thaliana accessions and exposed them to larvae from an inbred lab line of P. rapae. After waiting a number of hours, we measured larval weight gain and the amount of leaf surface area eaten, and these became the measures for mapping herbivory. To perform a parallel experiment with Pieris required catching a lot of butterflies! We originally considered sampling Pieris rapae from around the world, and then around the US, but both of these options were impractical because we wanted to do the subsequent rearing and herbivory experiments at the same time and in the same place. Ultimately, we ended up catching most the butterflies right around the University of Chicago, with some additional samples from other nearby locations plus a batch from South Dakota sent to us by Emilie Snell-Rood.

Here's a short video the university made while we were collecting butterflies:

We ended up rearing the offspring from 96 wild-caught females and then we placed the larvae on a single accession of Arabidopsis to see how much they ate in a set period of time. To assay genome-wide single nucleotide polymorphisms (SNPs), we performed whole-genome sequencing on the larvae and analyzed the data using our new reference genome.

The project eventually went on to survey transcriptomic changes associated with herbivory over the time course of the butterfly/plant interaction. We also expanded the transcriptomic study to include a number of diverse butterfly/plant systems to understand the generality of our results. It was a big project but it was a great collaboration and a lot of fun from beginning to end. 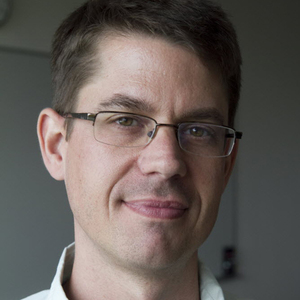 I am an evolutionary biologist who uses butterflies to study adaptation and speciation.
Follow