Host-jumping bacteria and the evolution of pathogenic clones

Although most pathogens are specialised for a single host-species and have co-evolved with that host for a long time in evolutionary terms, some have the ability to jump into different host-species providing an opportunity to expand the number of available host niches to infect. Staphylococcus aureus is one such multi-host pathogen. S. aureus is notorious of course as a major human pathogen but also economically important infections of livestock. The evolutionary history of S. aureus in the context of its host, and the relatedness of human and animal strains is not well understood

the paper in Nature Ecology & Evolution is here: go.nature.com/2LwfJGW

Human S. aureus is characterised by both hospital- and community-acquired infections often caused by methicillin resistant strains (MRSA; strains that are resistant to all B-lactam antibiotics). However, S. aureus is also an important cause of economically important livestock infections including mastitis in dairy cows, sheep and goats and joint infections in poultry. In addition, pigs are an important reservoir of MRSA that can cause zoonotic infections of pig farmers and their contacts, representing an important public health threat.

The study culminating in our paper published in Nature Ecology & Evolution was the outcome of an informal chat between several ‘staphylococcologists’ over a beer at the Gordon Research Conference (GRC) on Staphylococcal diseases in New Hampshire in 2015. We decided to pool our genomic resources and carry out a large-scale population genomic study with the overarching aim of understanding S. aureus evolution in the context of its host species associations. In the end, 10 different research groups mostly from the UK but also involving several international scientists contributed to the data generation and analysis, so it was a major collaborative effort. Our study involved comparing the genomes of 800 isolates from human and animal infections and applying an array of different analyses to understand how frequently S. aureus had moved between hosts during its evolutionary history and what was the genetic basis for adaptation to different species. We found that humans are a major hub for the transmission of S. aureus into livestock which can then occasionally act as a reservoir for S. aureus strains that jump back into humans.

The first of the S. aureus host-jumps from humans can be traced back 5-6,000 years to the Neolithic era when domestication led to increased interactions between humans and livestock and opportunities for bacteria to jump between host-species.

Of particular interest in our study was trying to understand what evolutionary processes facilitate transition to a new species and our population genomic analysis identified a key role for horizontal gene transfer in a successful host-switch. Where the acquired genes (usually found on mobile genetic elements) originate is currently unknown but we assume they are donated by other bacteria in the new host’s microbiota, a hypothesis that is currently being tested in the lab. In addition to acquired genes, we discovered evidence of adaptation in existing (core) genes that appear to have diversified in response to a different environment in the new host. In particular, some pathways involved in nutrient acquisition demonstrate evidence of attenuation- presumably to allow more efficient uptake of nutrients that are available in the new host niche. Importantly, for future research, our identification of genetic signatures of host-adaptation provide many new avenues of research to examine the mechanistic basis for host-adaptation. We believe that some of the signatures of adaptation will point towards key host-pathogen interactions that could in themselves represent novel therapeutic targets. Through a current Wellcome Trust Collaborative award we are investigating this hypothesis using a multi-disciplinary approach with colleagues from bacterial genetics, immunology and Chemical biophysics. Looking forward to more productive beers at the next GRC in 2019 ! 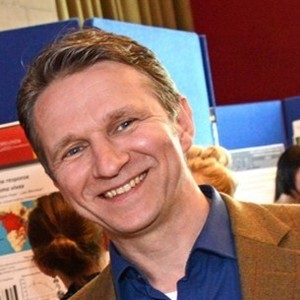