Chasing Echoes of the Biosphere During Earth’s Middle History

What did the Earth’s biosphere look like over a billion years ago? Well, that’s a really tough question. Was the biosphere larger or smaller than it is today? This question spawned an obsession and, over my PhD at McGill University, I aimed to answer it. So, how does one probe the biosphere well over a billion years ago? Myself and coauthors posited that oxygen sampled in the form of sulfate may be the key, and in our new article we show that the biosphere 1.4 billion-years-ago was much smaller than today.

Our paper recently published in Nature can be found here

Primary producers (plants, bacteria, algae, etc.) suck carbon dioxide out of the atmosphere to form organic carbon for the rest of the biosphere (including us) to ingest. While the majority of them do this, they also produce oxygen, and today they are so good at it that oxygen makes up about 20% of the Earth’s atmosphere. But was this the case over a billion years ago with a purely microbial biosphere? While it is likely true that throughout Earth history primary producers have played an enormous role in shaping the environment as they do today, quantifying their influence has only been possible over the relatively recent past with ice-core records extending back about a million years. Although this seems like a long time, a million years is a tiny fraction of Earth’s 4.6 billion-year old history.

Looking through deep time we needed another archive of atmospheric oxygen. To do so, we relied on the knowledge that pyrites (a.k.a. fools gold) left on the surface of the Earth will react with atmospheric oxygen to produce sulfates. It had been demonstrated that some of the oxygen within sulfate retains its isotopic characteristics from when it was in the atmosphere. Therefore, sulfates could be the window into deep time I was looking for, but in order to be successful in exploring the ancient biospheres’ influence on the ancient atmosphere I needed to find the right samples, samples that would capture a signal, hidden within ancient sulfate.

While on an expedition on Northern Baffin Island I had the good fortune of engaging in conversation with co-author Noah Planavsky from Yale University. I was sharing my thoughts on the notion of testing the productivity of the ancient biosphere using sulfates and how capturing one of these signals would be helpful when, serendipitously, he mentioned he had some samples of 1.4 billion-year-old sulfate deposited in an ancient evaporating lake. I was excited because when seas or lakes become restricted and evaporation outpaces precipitation, minerals start to form out of the leftover brine. One such mineral is gypsum (calcium sulfate), and my hope was that the sulfate within these gypsum samples would retain a record of ancient atmospheric oxygen in its isotopes – my hidden signal.

Shortly after my  arctic expedition I received a package in the mail and booked my ticket to Baton Rouge Louisiana to use some lasers. In order to reveal the isotopic characteristics buried in the sulfate samples we needed to be as precise as possible and minimize any potential contamination, especially from the atmosphere. In Dr. Huiming Bao’s lab at LSU we could be confident in our measurements by blasting our samples with laser beams under an incredibly toxic atmosphere of bromine pentaflouride and then carefully collecting the product oxygen.

After a few days of settling into life in the Deep South, myself and another co-author, Justin Hayles (now at Rice University), noticed some particularly surprising results coming off of the mass spectrometer. In fact, results like this had only been documented at one other time in Earth history and were associated with Snowball Earth glaciations. But how? These samples were deposited at a time when the Earth was ice-free 700 million years earlier. We were excited because no matter what the results could mean, they had to be from the ancient Earth since this type of signal is impossible to generate today. After the initial excitement, we quickly solicited more samples to confirm these extremely interesting results, and sure enough, everything came out anomalous.

Back at McGill I had some serious questions to explore, starting with what these anomalous signatures could mean. Myself and senior author Boswell Wing (now at CU Boulder) employed models that combined estimates of the composition of the atmosphere at 1.4 billion years ago with our isotopic results. Virtually all solutions suggested a less productive biosphere and, for the first time, we are able to place some empirical constraints on the ancient biosphere over this interval of Earth history! Pressing forward, we are aiming to find an even more detailed window into the Earths' ancient biosphere. Hopefully, by sampling various other evaporite minerals we will find more fascinating results which will aid in our reconstruction of a detailed history of the biosphere’s productivity. While it is still unclear what such a record will reveal, it is important to note our findings finally link the observation of low levels of atmospheric oxygen to a less productive biosphere across Earth’s middle history. 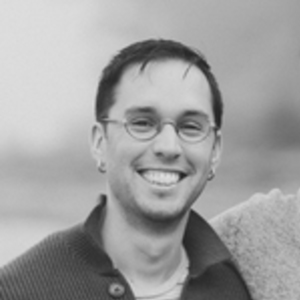