In this paper we show how this small and beloved Australian bird is one of the best natural study systems for mitonuclear co-evolution research (Photo credit: Glenn Smith)

You can find our paper in Nature Ecology and Evolution

This paper represents a personal milestone, as it is the last data paper from my PhD on the mitochondrial-nuclear co-evolution in the endemic Australian songbird Eastern Yellow Robin (Eopsaltria australis; hereafter EYR).

The mitochondrial and nuclear genomes share a very special partnership. Despite residing in different cellular organelles and having different mutation rates and inheritance modes, they cooperate to run the machinery that provides nearly all of the energy required for eukaryote cells to function. Although the role of mitonuclear co-evolution in health, aging and reproduction has been a focus of many biomedical and evolutionary studies, research on its role in population divergence, local adaptation and speciation is still rare. However, insights into these aspects are rapidly accumulating from taxa across the tree of life (e.g. yeast, wasps, eels, sunflowers, chameleons, killifish, sparrows, and pioneering work on copepods).

EYR has proven itself one of the best natural study systems for mitonuclear co-evolution research. EYR is widespread and common in eastern Australia and has two subspecies, north and south, that differ in colouration. But EYR shows an unexpected phylogeographic pattern. In contrast to the north-south colour differentiation, divergence in mitochondrial DNA (~6.6%, species-level divergence in birds) runs in a perpendicular direction – east vs west, or more precisely inland vs coastal  (1). Sasha Pavlova analysed nuclear genetic markers to confirm that nuclear variation follows the north-south colour pattern, and demonstrated that the discordance was highly unlikely to be due to neutral processes (2). She showed that strong mitonuclear discordance is maintained across > 1,400 Km and that the two mitochondrial lineages occupy contrasting climates (coastal - colder and wetter / inland - drier and hotter).

My PhD supervisors presented me with different study-systems to develop my project, and I was immediately attracted to the ‘weird’ EYR story. In the coming years, we sequenced mitochondrial genomes, random genomic sequences and analysed plumage colouration to explain the mitonuclear discordance (3-5) (Fig 1). We provided evidence that mitochondrial and nuclear genomes started to differentiate in a north-south direction ~2 million years ago. Later, ~90-270 thousand years ago, mitochondrial genomes seem to have swept adaptive mutations and introgressed bi-directionally, leading to the present day inland vs. coastal patterning of mitochondria and resulting in limited interbreeding between populations harbouring different mitochondrial lineages. Thus, it became clear that the north-south differentiation is a historical remnant, and that EYR is now evolving in an inland-coastal direction.

In the present paper, we aimed to understand how the nuclear genome evolves in cooperation with the mitochondrial genome. We screened nuclear genomes of EYR individuals located along two transects intersecting mitochondrial and climatic divergences. We found that substantial nuclear genetic differentiation between coastal and inland groups is restricted to a few genomic regions, notably a large segment of chromosome 1A enriched for genes whose products interact with those of the mitochondrial genome. Individuals with mismatched mitonuclear genotypes are found only within narrow contact zones, where the two groups meet and interbreed (Fig. 2). The mechanisms maintaining this genomic divergence are yet to be defined, but they are consistent with one or more of epistatic interactions, cold-spots of recombination and chromosomal rearrangements. Ongoing research focuses on expanding the genomic analyses and uncovering the functional consequences of mitonuclear co-evolution in EYR.

2.         A. Pavlova et al., Perched at the mito‐nuclear crossroads: divergent mitochondrial lineages correlate with environment in the face of ongoing nuclear gene flow in an australian bird. Evolution 67, 3412-3428 (2013). 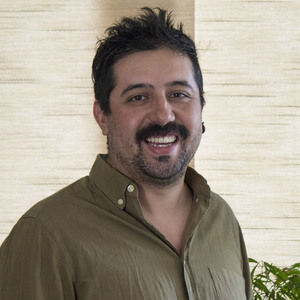