The paper in Nature is here: https://go.nature.com/2JMDfvm

During my post-doc in Len Zon’s lab I was working on the interactions of the blood stem cells with their surrounding tissues – the niche. I established a new transgenic line that expresses GFP under the control of the cxcl12b-promoter and was happy to see that it showed the expected result: blood stem cells (or hematopoietic stem and progenitor cells, HSPCs) frequently interacted with the labeled stromal cells in the tail of the fish. Here, there is a transient blood stem cell niche during development, before the HSPCs move on into the kidney marrow.  Virtually all HSPC divisions occurred in close proximity if not in contact with these stromal cells. But there was one cell population that kept bothering me: melanocytes, which moved into the niche shortly before the arrival of the HSPCs. They also showed this behavior in the kidney, where they arrived a few days before the HSPCs did, and consequently kept blocking my view of HSPC movements there. Melanocytes are the reason why zebrafish researches have added PTU to the developing embryos, since it prevents melanization and enables to keep the organs to be visualized in a translucent zebrafish larva. It was always strange that when we dissected the adult kidney marrow, melanocytes were always seen behind the kidney.

Len Zon (my mentor) and I discussed this melanocyte behavior and he asked me, what I thought they were doing there biologically. I realized that melanocytes might be providing protection from UV light. I was so intrigued by this that I dropped the other projects I was doing and focused on this new project almost full-time. This was before the end of my post-doc in Len’s lab and before I returned to my residency in Pediatrics and a research position at the University Hospital of Freiburg (Germany). The first trial experiment was to expose pigmented and non-pigmented larvae to UVC irradiation and looked for stem cell numbers.  This showed a reduction of stem cells in the non-pigmented larvae, even without optimized conditions. I later replicated this finding in Germany with UVB-light, which is biologically more relevant, and added further experiments elucidating the protective mechanism of melanocytes and the adverse effects of UV light on the hematopoietic system. I also looked through the literature and saw that most fish species for which I could find images had a very similar pigmentation pattern near their hematopoietic niches as the zebrafish. This was very reassuring. Then I stumbled upon a review of a symposium held in 1979 and found out that Edwin Cooper hypothesized that the location of the hematopoietic bone marrow emerged in terrestrial animals as a protective mechanism against irradiation – he thought that ionizing irradiation was the driving force behind this.

Amazed by this hypothesis, I contacted a number of different labs and research institutions, as well as the Tupelo fish hatchery to get my hands on different fish species. I could trace the development of the trait back through the evolution of aquatic animals, all the way to the lamprey. The hematopoietic niche was always covered by melanocytes. I then was lucky enough that Lauren O’Connell (Harvard Bauer Fellow, now at Stanford University) was in a lab next door in Cambridge and was raising poisonous rainforest frogs. I showed that even before the transition to a terrestrial environment, the HSPCs relocated into the bone marrow that also protects from UV induced DNA-damage.

Due to a rather serendipitous observation of melanocytes above the kidney marrow and with the help of many other researchers, we were able to understand why HSPCs chose the bone marrow as their niche in all terrestrial animals. The bone was a great protective mechanism to shield the stem cells from irradiation. We also highlight the evolutionary pressures of sunlight and support a 40 year old hypothesis about the evolution of the hematopoietic niche. In summary, it was an amazing experience. 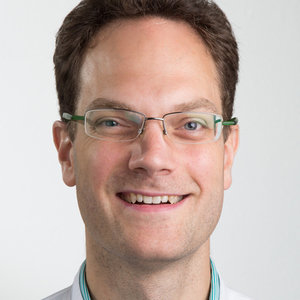