Our paper published in eLife can be found at: https://elifesciences.org/articles/34282

The biological species concept postulates a species as a group of populations separated from other populations by reproductive isolation. Infertility of interspecific hybrids is an early form of reproductive isolation causing restriction or complete block of free gene flow between species. In 1937 Dobzhansky, one of the great architects of “Modern Synthesis” that connected evolutionary biology with genetics, distinguished between genic and chromosomal hybrid sterility, describing the latter: ”Chromosomes may fail to pair and to form the bivalents because they have no structurally similar partners…Sterility due to such structural dissimilarities is chromosomal sterility.” Curiously, the concept of chromosomal hybrid sterility was almost immediately abandoned and until recently all major studies had been focused on the genic mechanisms of hybrid sterility.

In 1975, we mapped genetic factor Hybrid sterility 1 (Hst1) controlling male sterility of hybrids between certain wild mice of the Mus m. musculus subspecies and laboratory inbred mouse strains originated predominantly from the Mus m. domesticus closely related subspecies. The infertility of hybrids was caused by early meiotic arrest at pachytene stage. The failure of proper pairing and synapsis of homologous chromosomes and transcriptional upregulation of the X-chromosome genes are the major subcellular phenotypes of our model of hybrid sterility. Using positional cloning, we identified Hst1 with the Prdm9 gene coding for histone H3 lysine 4 (and lysine 36) trimethyltransferase. Prdm9 was later shown to determine localization of DNA double-strand break (DSB) and meiotic recombination hotspots in the genome. However, how it operates as hybrid sterility gene remained unknown until others found that subspecies-specific erosion of PRDM9 binding sites increases asymmetric PRDM9 binding at the expense of symmetric binding sites, indicating involvement in meiotic asynapsis and sterility.

However, there are dozens of ways how to interfere with meiotic pairing and synapsis to cause sterility. In our eLife paper we designed genetic experiments deliberately reducing the PRDM9 asymmetry on selected chromosomes and asked ourselves whether meiotic synapsis and, consequently, male fertility can be rescued in such a way. We utilized inter-subspecific chromosome substitution mouse strains to prepare hybrid mice in which a pair of chromosomes of one subspecies was substituted by the corresponding pair from the other subspecies. This generated hybrids with stretches of DNA that came entirely from a single subspecies, as shown in Figure 2.

These stretches by definition have only symmetric DSB hotspots, and by measuring the length of those that did or did not rescue synapsis we could estimate that stretches of 27 million or more DNA base pairs, located in any part of a chromosome, were sufficient to fully rescue synapsis of a given chromosome. Even more than that, when the synapsis was restored in the four chromosomes that were most strongly affected by asynapsis, the hybrid male sterility was reversed.

Because the PRDM9 binding sites show a tendency to be located outside genes and their regulatory regions, their Incompatibility in the process of DNA repair by homologous recombination is the most rational explanation of the failure of chromosome synapsis and subsequent hybrid sterility. The Prdm9-controlled meiotic arrest and hybrid sterility thus represent chromosomal hybrid sterility as postulated by Theodosius Dobzhansky 80 years or so ago.

Hybrid sterility occurs in sexually reproducing organisms from yeast to plants to mammals similarly as meiotic recombination and chromosome pairing, while the Prdm9 gene is known in mammals only. It is thus tempting to speculate that the Prdm9-controlled hybrid sterility could be a particular case of a more universal phenomenon of chromosomal hybrid sterility associated with meiotic repair of programmed DSBs. 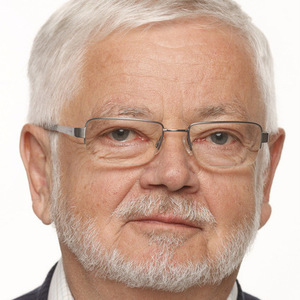