In our article entitled “Climate change is affecting mortality of weasels due to camouﬂage mismatch” published recently in Scientific Reports we demonstrated that increased predation pressure due to comouflage mismatch can be single, most important factor decreasing winter survival of weasels. Thus further climate warming will cause either extinction of some phenotypes or shift their distribution range. Alternatively, strong natural selection will accelerate evolutionary response and weasels will modify their moulting time, to match better new environmental conditions.

Formulating proper scientific question is not an easy task. It can be either a long process or moment of enlightenment. In the case of this study both situations apply. In 1990 I joined a team lead by Włodzimierz Jędrzejewski and Bogumiła Jędrzejewska studying ecology of weasels, which are most important predators for small mammals in the Białowieża Forest (Poland). From 1997 on, we continued our research on weasels in river valleys and at this time I noticed that some individuals are different. I started to search in literature and I discovered that in Białowieża Forest occur two subspecies (or morphs) of weasels - Mustela nivalis nivalis, which occurs only in the east and at higher latitudes in the mountains, and Mustela nivalis vulgaris, which should occur only in the west and south of Poland. At that time I was still sure that both morphs moult to white for winter. To my great surprise few years later, when we have been working together with Paulina Szafrańska and Marek Konarzewski on eco-physiology of weasels, we captured completely brown individual in the middle of winter. Further trapping revealed that indeed vulgaris type has a brown coat all year round. There was only one step from analyses, which demonstrated that the proportion of nivalis (white) type in the weasel population inhabiting Białowieża Forest decreases with decreasing numbers of days with snow cover.

But the moment of enlightenment came on one cold morning in March 2012, when I spotted  completely white weasel hunting rodents in the forest. I noticed this animal from a big distance, since there was no even small patch of snow left. At this very moment I thought to myself – Wow, if this animal is so well visible it must be perfect target for predators! And so the story begins. And you can still admire this weasel - white ghost on the green mosses - on the attached picture. 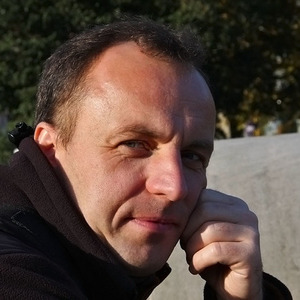