With a background in biology and a keen interest in mathematics, I didn’t want to lose touch with math. It was during my master’s degree in Evolutionary Genetics at the University of Edinburgh that I first experienced great enthusiasm from solving a biomathematical problem. This was such a magical feeling that I didn’t want to let it end due to insufficient basic mathematical knowledge. With a mathematician as a mother - who now works in biology and whose passion for research is contagious around her office, our home, and everywhere she goes - it didn’t take much more for us to start working together on a project.

Over recent years, there has been an urge for knocking down disciplinary boundaries and, while acknowledging my own biases, I am inclined to believe that the growing attention given to heterogeneity across biological processes is to some extent due to the influence of evolutionary biology. A general idea that we argue in our paper published in Nature Communications is that only certain types of heterogeneity are relevant to the dynamics under study, so good progress can be made in understanding a problem without the need to measure heterogeneity in all the processes involved, which would be daunting for a start. Taking the example of disease transmission among humans, several types of heterogeneity that are thought to impact on disease incidence have been extensively studied. Although any knowledge is valuable in its own right, it appears that only forms of heterogeneity that are associated with variation in the rates at which individuals get infected, such as variation in “biological” susceptibility or “physical” exposure to infection, have real significance in the prediction of disease incidence and thus must be included in mathematical models of disease transmission. The reason why we view susceptibility to infection as such a relevant trait for disease transmission dynamics is that it is a selectable trait; those individuals that are more susceptible are removed sooner from the susceptible pool, reducing the average susceptibility of those who remain at risk, and slowing down transmission. In other words, and concordantly with ideas from evolutionary biology, the distribution of susceptibility to infection is affected by the strength of selection, in this case exerted by a force of infection which is in turn affected by modifications that it had induced on the susceptibility distribution, and so on in a feedback loop. Strikingly, when such system is at equilibrium, its intrinsic dynamics can be described just as well by an accurate heterogeneous model (with the correct parameters) or by a reduced homogeneous version (with the wrong parameters), and in the absence of more information the researcher is happy either way. The problem comes when something changes, either naturally or induced by an intervention. Then the accurate heterogeneous model will make accurate predictions, whereas the homogeneous version will make wrong predictions because its parameters are wrongly formulated.

The study of mosquito susceptibility to viruses, and the impact of the bacterial symbiont Wolbachia on susceptibility, was initiated by Caetano Souto-Maior (joint first author of the paper) during his PhD in my mother’s group at the Gulbenkian Science Institute, in Portugal, with experiments performed in Rafael Maciel-de-Freitas’ lab in Fiocruz, Brazil. Although a number of studies had suggested that Wolbachia protected mosquitoes against viruses, prompting the release of mosquitoes infected with Wolbachia for the biocontrol of infectious disease, using a dose-response framework Caetano found Wolbachia to actually increase both the mean and the variance in mosquito susceptibility. I came into the scene to model the impact of this change in susceptibility distribution on the population dynamics, and ultimately disease transmission to humans.

I spent a very intense year of research in Portugal, between finishing my MSc and starting my PhD, both in Edinburgh. At the start, I was being supervised by Isabel Labouriau - the Mathematics Professor who originally taught dynamical systems to my mother during her undergraduate studies in Mathematics at the University of Porto, in the 1980s. For me, the environment was so different from what I was used to, that it became a very enriching experience. Through interactions with mathematicians I learned how to communicate with them as a biologist and broadened my spectrum in terms of what maths can do for biology, fomenting even more my interest in mathematics, particularly as I saw myself applying it to biology.

All the learning was very nice, but things really started to get exciting when we started getting results, at which point I was working more closely with my mother. Things had to be done fast as we were all moving on to take on new commitments, and here was when our familial relationship became critical at making the collaboration efficient. I was transiently based at the University of Porto, and she had to start a new research group at the Liverpool School of Tropical Medicine (Larissa Sartori, another co-author in this paper, being one of her new PhD students). The paper was submitted just before I had to return to Edinburgh and received very constructive reviews, which was also key in making this all possible within the constrained time window we had. Anyhow, we found that, even though Wolbachia was increasing the mean susceptibility of mosquitoes to viruses, prompting increased disease transmission to humans, when the strength of selection is sufficiently high the distribution of susceptibility can change in such a way that the mean is lower than that of the original Wolbachia-free population. And this is regardless of whether the trait has a genetic basis and can be inherited. This meant that an agent that increases the susceptibility of mosquitoes to viruses can actually decrease transmission without the need to evoke anything else, which is fantastic!

This concept of “cohort selection” that was being developed in the group was something I could relate to, given my background in Evolutionary Biology. It is, however, the approach to variation and selection that makes the idea rather unique. It is common knowledge that phenotypic variation in a population, whether from genetic origin or not, is the raw material for selection, with the strength of selection increasing with increasing variance. The implications of this are mostly looked at in terms of evolution and thus long-term (relative to generation time) processes. But what I find particularly fascinating is that selection can have implications to short-term population dynamics, for example over the course of one generation, where it is clear that evolution has no role. Our paper is an example of this, where variance in mosquito susceptibility to viruses has an impact on short-term disease transmission dynamics. This is because, over the course of a generation, the distribution of susceptibility in a mosquito population is not constant, causing both the mean and the variance to change. Additionally, depending on the strength of selection imposed by the environment, the distribution stabilises at different values. At this point, no assumptions about the heritability of the trait (susceptibility) are made and no evolution has occurred, and yet variation and selection have a significant impact.

Despite this being a project about epidemiology, we applied concepts from both population and quantitative genetics. This was particularly interesting to me as I was able to apply what I had learned in Edinburgh during my MSc in a strikingly different context. I am very happy to have participated is such novel work, where quantitative genetics is used in disease ecology to describe processes on short timescales, in contrast to evolutionary timescales. This realisation may also feedback on evolutionary biology research itself, where common metrics may need to be revised to account for cohort selection. 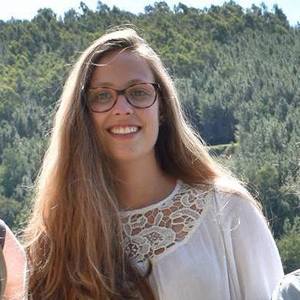