THE GREAT ESCAPE FROM DISEASE: A CASE OF MIGRATION AND COLONIZATION IN BIRDS

The question of how animals that move huge distance between entirely different geographic regions cope with disease has puzzled us for many years. In this paper published in Nature Ecology and Evolution, we reconstruct the evolutionary origins of migration and colonization in songbirds and investigate their immunity genes to show that these processes may actually be associated with escaping pathogens.

Our paper in Nature Ecology & Evolution can be found here: https://go.nature.com/2I4zbpn

When I began my post-doc at Lund University in Sweden, I set out to answer a question that had been posed for some time, but had proved difficult to address: how do animals cope when they move between regions with different pathogens? This was intriguing because when I have traveled from my home in Northern Europe to tropical Africa, I required a barrage of vaccinations to avoid getting sick. Similarly, if I permanently relocated to an entirely different region of the globe I would need various forms of pharmaceutical protection against the onslaught of foreign pathogens. Yet in nature, we see plenty of examples of animals achieving these remarkable feats with no help from modern medicine. For example, Afro-Palaearctic migratory birds breed in Europe but spend their winters in tropical Africa. Some moves are also more permanent with species colonizing entirely new regions. These colonization events are central to explaining how species end up in particular places across the globe: It is likely that the birds we see across Europe and Africa found themselves in their current locations either through colonizing Europe from Africa or vice-versa. However, whether these colonization routes originated out of Africa or Europe has been hotly debated.

Both colonization and migration change the community of pathogens animals encounter. Yet we actually know very little about how these large-scale movement events affect the immune system or how species adjust to the change in disease exposure. One possibility is that these changes are mediated by alterations to the immune system. We set out to test this possibility.

Some birds live within the same region all year (residents), such as sedentary European greenfinches (pictured above) that remain in Europe. Other birds perform long-distance migration between breeding grounds in Europe and warmer regions in Africa where they spend their winters (migrants). Photo courtesy of Thomas Alerstam.

The Afro-Palaearctic bird radiation is an ideal system to address questions about migration and colonization. There are many examples of closely related species that inhabit either Europe or Africa, as well as plenty of Afro-Palaearctic migrants, enabling the evolution history of colonization and migration to be examined. Our first aim was to establish the direction of colonization and the evolutionary origins of migration, which we approached by reconstructing the past distributions of over 1300 African and European songbirds using where they live now and how they are related. This showed that current Europe resident songbirds (birds that live year-round in Europe) have African ancestors, indicating that colonization occurred ‘out-of-Africa’ and into Europe. Similarly, we saw that migratory species also had African ancestry suggesting that migration evolved through African species shifting their breeding ranges into Europe.

The out-of-Africa direction of movement in both migratory and resident songbirds suggested these species moved from regions of high to low pathogens, because of an inverse latitudinal gradient in pathogen richness. The next step was to examine how the change in pathogen pressure these birds are likely to have experienced affected their immune systems.

This is where sequencing the Major Histocompatibility Complex (MHC) genes came in. MHC gene diversity is closely linked to the range of pathogens that can be recognised and dealt with by the immune system. Consequently, we predicted that the MHC diversity of European resident species would be lower than species that remained in Africa. The prediction for migrants was less straightforward. Although migrants breed in Europe, they spend most of their year in pathogen-rich Africa. Additionally, they have to deal with the pathogen communities of both Africa and Europe. Therefore, we predicted that migrants would have the highest MHC diversity of all.

To test our predictions, we chose 32 species that represented a broad taxonomic spread across songbirds, with as many independent comparisons of European residents, African residents and migrants as possible. This created a challenging list of samples to collect, but thanks to the generosity of bird researchers to share and help we were able to get hold of these key samples. We found what we expected with the resident species: birds that live year-round in Africa had higher MHC diversity than birds that are resident in Europe. However, we were surprised to find that the migratory species had much lower MHC diversity than their African ancestors. In fact, the MHC diversity of migrants was similar to European residents, suggesting that by breeding in Europe migratory birds have avoided African pathogens.

Leaving Africa, either by moving into Europe permanently or just for the breeding season, appears to be associated with a loss of immune gene diversity in songbirds. We originally wondered how animals that perform major movement events cope with pathogens, but in fact, it seems as if they may escape pathogens. 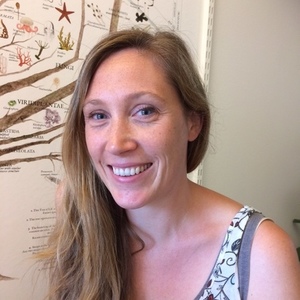 What are the relative weights of the immune systems of migratory and African resident birds?  Could this difference affect flight efficiency?

Emily O'Connor over 2 years ago

Hi Richard. If I understand your question correctly, you are asking about the relative investment in immunity in migratory, compared to, African birds? Our data suggests that the African resident birds have maintained more pathogen-recognition genes than the migratory birds - which implies the African birds may encounter more pathogens. This may mean African birds invest more immunity than the migratory birds in general, but from our data we cannot know this. Our data enabled us to look on a broad evolutionary level only (i.e. evidence of genetic adaptations to the different environments species inhabit). I think the scale you are asking about is more on the individual level (i.e. could investment  in immunity trade-off against investment in flight?). There is data to suggest this is the case in migratory birds (e.g. https://esajournals.onlinelibrary.wiley.com/doi/full/10.1890/02-0451), but not directly from our study.

This has probably answered my question. I will check your link.