What drove changes in Late Quaternary terrestrial ecosystem structure and function? Was the expansion of woody plants and declining nitrogen availability at the end of the last ice age due to the mega-herbivore extinctions or bottom-up ecosystem changes linked to climate warming?

Our paper in Ecology Letters can be accessed here.

‘Up or down; nothing else. Did nitrogen availability go up or down as a result of the mega-herbivore extinctions at the end of the last glacial period? That’s what you need to answer.’, suggested my colleague Joe Craine, an expert in ecosystem ecology and proponent of simple research questions. The Late Quaternary extinction event had removed more than half of the large and charismatic herbivore species from most continents and – in early 2012 – there was growing interest in the ecological consequences of those extinctions. At that time, no-one had yet assessed the evidence for their impacts on geochemical cycling and I had the data needed to answer this question (Fig. 1). As part of my DPhil research, I had generated palaeoecological proxy data on plant and herbivore biomass, nitrogen availability, fire activity and mean July air temperature spanning the extinction event for three sites in Britain and Ireland. I had been planning to conduct a synthesis study with these data, so decided to follow Joe’s suggestion and investigate the legacy of mega-herbivore extinctions on the nitrogen cycle.

Fig. 1. Did nitrogen (N) availability go up or down as a result of the Late Quaternary mega-herbivore extinctions? That was the initial question our study aimed to answer.

Around the same time, Nicki Whitehouse raised an interesting point about the herbivore biomass record I had produced for Lough Nadourcan in Northern Ireland. The dung fungal spore data (our proxy for herbivore biomass) indicated that mega-herbivores were present in the area a few thousand years after the Irish fossil bone record suggested that all species were extinct (i.e. after 12,000 years ago). We agreed to analyse sediments from two additional Irish sites in order to see if the pattern was repeated elsewhere. Emma Smyth and Gill Plunkett of Queen’s University Belfast produced two new Irish records, both of which corroborated the Lough Nadourcan evidence for continued mega-herbivore presence beyond the fossil bone-inferred extinction date (Fig. 2). Philip Lamb filled the final data gap by analysing the dung fungal spore record for Dubh-Lochan, Cynthia Froyd’s Scottish site. By the end of 2013, we had collated a dataset containing 241 proxy records of plant and herbivore biomass, and landscape burning for five study sites, each with good chronologies developed by Phil Barratt. We also had proxy data for terrestrial nitrogen availability and mean July air temperatures for 199 of these records. This was – to our knowledge – the only palaeoecological dataset of mega-herbivore biomass dynamics with concurrent observations of terrestrial nitrogen availability and growing season temperatures.

Fig. 2. The influx rates of Sporormiella, a dung-associated fungus, to sediments provide a reliable proxy of mega-herbivore biomass dynamics through time. Our Sporormiella influx data from five study sites in Britain and Ireland span the Late Quaternary megafauna extinction event.

While the dung spores were useful for tracking long-term, continuous changes in mega-herbivore biomass, they couldn’t tell us which animals were likely to have been living in each region at any point in time. Only the fossil bone record could provide that information. Adrian Lister, who had published the extinction histories of most Late Quaternary megafauna, helped me to collate all of the published radiocarbon dates for the nine species known to be present in Britain and Ireland between 16,000 and 5,000 years ago. We found 205 dates, of which 179 met our criteria for inclusion. We then modelled those dates to produce a history of probable mega-herbivore species presence through time in England, Scotland and Ireland. Michael Dee produced an excellent video to visualise these changes in species occupation across time and space.

Occurrences of mega-herbivore species in Britain and Ireland between 16,000 and 6,000 yrs ago from elizabeth jeffers on Vimeo.

So did nitrogen availability go up or down as a result of the extinctions? Unfortunately the data did not provide a consistent answer (Fig. 3). Correlations between our proxies for mega-herbivore biomass and terrestrial nitrogen availability showed both positive and negative relationships, depending on the study site. I then used generalised additive modelling, a flexible regression method, to quantify the evidence for mega-herbivore effects on terrestrial nitrogen availability. Initial results confirmed that herbivore impacts varied strongly by site; this was also true for their effects on the biomass of herbs, shrubs and trees.

Fig. 3. Bulk sedimentary δ15N is a proxy for terrestrial nitrogen availability. There was no consistent pattern between changes in δ15N and Sporormiella influx across the three sites for which we had stable nitrogen isotope data.

While the finding of site-specific herbivore impacts was interesting, I was concerned that the initial model assumed mega-herbivores were the primary factor driving changes in nitrogen cycling and plant biomass. The model didn’t account for the effects of other factors known to be important such as climate, fire and plant-plant interactions. Having long since given up on the plan to stick to a simple question, I began to include other predictor terms in the model. I incrementally added terms for temperature, fire activity and plant biomass of non-cognate growth forms, and noted the goodness of fit of each model to the data. These metrics showed that a whole ecosystem model provided the best fit, despite penalties for more complex models.

To our surprise, the model results showed that plants had consistently greater impacts than mega-herbivores on our variables for ecosystem structure and function. In fact, plant-soil and plant-plant interactions equalled or exceeded the effects of warmer growing season temperatures and fire activity. In particular, we found that increasing shrub biomass reduced ecosystem-scale nitrogen availability and promoted the growth and expansion of trees. Burning, not herbivory, was important for reversing these effects; declining fire activity in the early Holocene enabled shrubs (and ultimately trees) to dominate terrestrial ecosystems.

These findings challenge the prevailing view that mega-herbivore species had a disproportionate influence on Late Quaternary ecosystem structure and function, and that their extinction sparked the expansion of woody plants and declining ecosystem fertility at the end of the last glacial period. Instead, it appears that the megafauna living along the western front of the Eurasian extinction event were unable to stem the expansion of shrubs and trees at the onset of postglacial warming. In other words, bottom-up processes predominated during this period of global environmental change.

What does this mean for modern ecosystems? Shrubs are invading grassland and tundra habitats worldwide and altering key processes that regulate ecosystem structure. Trophic rewilding proponents argue that large herbivores can slow the loss of these open habitats. Yet we’ve learned here that even the largest consumers living on Earth within recent geological history were not able to do so. Prescribed burning, a longstanding tool for rangeland management, may be more effective for preserving open, fertile habitats and the large herbivores that depend on them.

Caption photo of a Minnesota oak savanna taken by E.S. Jeffers during the Novus Research Coordination Network Workshop in 2016. This is an annually burned plot within the Cedar Creek Ecosystem Science Reserve’s long-term fire frequency experiment. 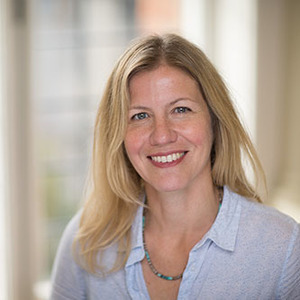