Coping with the cold

The C4 photosynthetic pathway has important effects on plant growth and environmental responses. Our new paper shows that its advantages are not confined to hot climates, as previously thought.

Our paper published in Ecology Letters is available via https://onlinelibrary.wiley.com/doi/abs/10.1111/ele.12905

Plants using the C3 and C4 photosynthetic pathways differ in their geographical distributions, with the abundance of C4 species increasing with temperature on every continent. The theoretical explanation for this pattern is one of biology’s most elegant textbook examples of how physiological traits underpin the sorting of species along environmental gradients. According to this explanation, C4 photosynthesis brings benefits for carbon fixation at high temperatures, but is penalized in relation to the C3 type by energetic costs in cooler conditions.

C4 photosynthesis boosts the growth of tropical crops like maize (above) and savanna grasses (below) in hot climates.

Work in the last ten years has cast doubt on the simplicity of this explanation, with an understanding of evolutionary history bringing a new interpretation. In particular, the first application of phylogenetic methods a decade ago by Erika Edwards and Chris Still showed that the close C3 relatives of C4 plants also inhabit hot climates, and that the cold adaptation of particular C3 lineages may be a more important explanation for the distribution patterns of C3 and C4 species.

Debate in this area now revolves around the role of historical contingencies in explaining the global patterns, whether the physiology of C4 plants intrinsically limits their adaptation to low temperatures, and the general effects of C4 photosynthesis on the temperature niche. What once seemed neatly explained has become a more complex problem.

C4 plants are generally scarce but do occur in cold habitats. For example, Spartina anglica (above) grows on shorelines at high latitudes and Muhlenbergia richardsonii (below) lives at high altitudes. But does C4 photosynthesis limit the rate of cold adaptation?

Teera Watcharamongkol decided to tackle this problem in his PhD with a global macroevolutionary approach. He focused on grasses, in which C4 photosynthesis has evolved more than 20 times, and C4 and C3 species are distributed from the tropics to the tundra.

Teera wanted to use comparative methods as others had previously done, but to fit quantitative models of the rate of temperature adaptation for the first time. He used a published phylogeny for grasses and estimated the thermal tolerance of species using geographical data from GBIF. Comparing models of character evolution allowed him to test whether the evolutionary rate in one trait (i.e. thermal tolerance) depended on the state of another (i.e. C3 vs C4 photosynthesis). However, the method needed traits to have binary states and, rather than defining his own categories for thermal tolerance, Teera used the well-established and widely known Köppen-Geiger scheme, classifying plants into tropical and temperate climate zones.

No fieldwork for this project – just long hours at the computer.

This is the first report of faster shifts in the thermal niche of C4 than C3 plants, and Teera's findings are likely to cause a stir because C4 photosynthesis is demonstrably less efficient than the C3 type in its use of light at low temperatures. What explains this paradox? One idea is that C4 species may do better than C3 plants at low temperatures if their leaf canopies are sparse and in sunny, high light conditions. C4 photosynthesis also provides well-known efficiency savings for nitrogen and water over the C3 type, and these may be significant.

Whatever the explanation, these findings could be good news for plant scientists working to introduce C4 photosynthesis into crops to boost yields. The benefits of their approach could extend to temperate crops like wheat as well as tropical ones like rice. 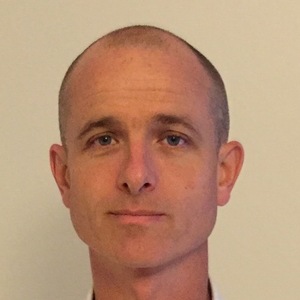